What is The Best Evidence Against Christianity?

What is The Best Evidence Against Christianity? May 23, 2017 John Mark N. Reynolds 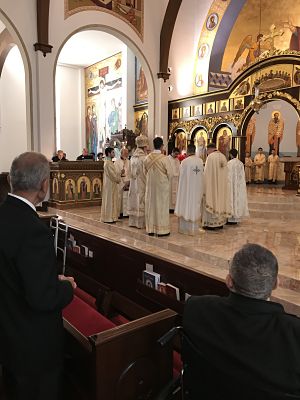 My faithful dialog partner M* has asked me fifty-five questions. I have decided to answer as many as I can this summer. He* started with a very good question:

1. What do you think is the strongest evidence against Christianity?

Only an idiot, a fool, or a huckster never has doubts. In fact, doubts are a good thing; one should never believe an idea without considering the strength of the evidence.

The single best evidence against Christianity is the continued existence of alternative religions. Thoughtful Judaism and Islam are just two of the other explanations for the world that should make any Christian think about his own beliefs.

Nobody earns a secular doctorate in philosophy without hearing challenges to theism and Christianity – I am no exception. I have done the best I could to think about my experiences, test them, and consider other explanations. Yet, my belief that Christianity is true is based on my experience and reason. At the end of the day, I always return to Christianity for the most satisfying account of the world and everything in it.

What questions do we start with?

Humankind attempts to make sense of a world in which ideas, mathematical objects, selves, and matter/energy all exist. We wish to live ethical and prosperous lives, doing as little harm as possible. We wish to be reasonable, to learn, and to love. Any view of reality should account for these desires.

Theism is, on the whole, better at doing this work than atheism. If a god exists, then there can only be one; there cannot logically be two all-powerful beings. Theism does not equal Christianity, however. It can also include deism: a belief that a god exists, but that He does not care about humankind. A deist god made the cosmos and allows the cosmos to operate.

Christians must go further and argue for a God who intervenes in human history. One must look for His fingerprints. We do see a nearly ubiquitous sense of the Divine in humankind, but there are also many possible explanations for that experience, so it is good to be cautious.

We can immediately discount some explanations for the apparent presence of the divine acting in history because they attack the use of reason. Other explanations are out because they could not have produced or sustained modern science. Some forms of ancient polytheism, for example, denigrate the material world. Many other religions present evidence against Christianity, but they vanish when confronted with better explanations. They lack the intellectual or cultural resources to adapt and so they lose in the marketplace of ideas.

Which religions give the best evidence against Christianity?

The great monotheistic faiths, Judaism and Islam, have survived direct contact with Christianity and continue to thrive. This is a challenge to orthodox Christianity that we must take seriously. Does Christianity hold up against the best of their ideas? After considering the evidence as best I can, I have found that it does.

Why am I a Christian? Jesus is the simple reason. Christianity best accounts for the life and teachings of Jesus. I also think Christianity has the intellectual resources to sustain modern forms of government, a scientific culture, and ethical standards that allow for harmony even with our enemies. If I were not a Christian, I would probably become a deistic Platonist or subscribe to some other variety of monotheism.

The continued existence of the various sophisticated forms of theism is an opportunity to learn. When I read (as an amateur) English translations of Sufi literature or rabbinical teachings, I grow in my knowledge of the world, of philosophy, and of reality. Does this evidence against Christianity shake my faith? No. Why would it? I find much with which I disagree, but I also find Truths that enlarge and enrich my view of the Good, and True, and the Beautiful.

Christianity teaches me to love my enemies. Surely this means I can learn from intellectual and religious neighbors, even if I decide they are wrong in vital ways.

May 24, 2017 Questions from M: the Best Argument Against Christianity
Browse Our Archives
get the latest updates from
Eidos
and the Patheos
Evangelical
Channel
POPULAR AT PATHEOS Evangelical
1