Questions from M: the Best Argument Against Christianity

Questions from M: the Best Argument Against Christianity May 24, 2017 John Mark N. Reynolds 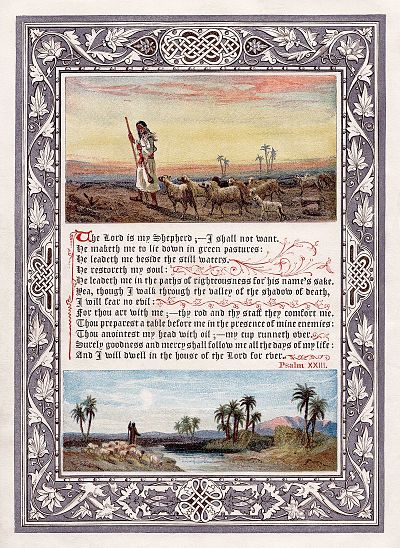 At the start of the summer, I got a thoughtful email from a non-Christian named M*. He gave me fifty-five questions and I told him I would respond (briefly) to as many as I could over the summer. M* rightly wishes me to say what I don’t like about my religious beliefs.

A person with the capacity to think should know the strengths and weaknesses of any view they have adopted. It would be odd indeed if a complicated explanation of reality like Christianity was equally plausible at all points.

That is an easy question for a philosopher to answer, but one that leads to much hard work! The arguments that come out of the so-called “problem of evil” are the best case against the existence of a Christian God. Put simply, the argument from evil attacks the existence of the Christian God, because Christians believe God is good, as powerful as a being can be, and rational. The amount or type of evil is incompatible with the existence of such a God.

An important note is that most arguments from evil do not  impact two other kinds of God with the same force: the Platonic Demiurge and the deist God. The deist God does not (or cannot) intervene in cosmic history. While one might question God’s goodness for failing to intervene, the fact that God never intervenes in the system He created makes deistic inaction in particular cases easier to defend for the theist. The Demiurge of Plato is a creator God who is as powerful as a being can be, but in Plato’s opinion (Timaeus), God (and no other being) can perfectly account for the irrational actions of natural laws that were required to create.

There are two general lines of response to the problem of evil that I use:

First, some pain we quickly call evil is good for us. If God wishes to teach us, then some difficulties or challenges are part of the school for souls in which God has us enrolled. As any parent knows, not all things children do not like are evil or bad for the child. The obstacles of life could exist in a world where there is no evil and we might still find those hard or even painful.

There could be no gratuitous pain in a perfect world, but there is good reason to think there would be growing pains! Most of us have no desire to live eternally in a world with no challenges!

Second, if God wishes to let us meaningfully choose, then God also will allow many of the consequences of those choices. Human free will, used badly, put grit in the machine of the cosmos and much that goes wrong now is not even the result of my personal bad choices. We live in a world we have spoilt and keep spoiling. On top of our own evils, devils and other corrupted agents add to the cosmic problem. God is working it out, but over time.

These are good starting points, but despite these responses, gratuitous animal suffering is one very difficult problem for me. Animals are not in a school for souls (as far as I can tell) and they do experience pain.

There are several good ways to respond to both of these approaches and the argument is ongoing. It is impossible to account for all the nuances in modern discussions of this issue in a short blog post. A good first resource is The Problem of Evil: Selected Readings. Richard Swinburne’s Providence and the Problem of Evil is one detailed response to the arguments from evil that is helpful.

I believe the evidence and arguments in favor of Christianity combined with responses by Christian philosophers to the argument from evil are sufficient to remain a Christian. On a personal and experiential level, I find the response of Job helpful. Job sees God, experiences His goodness, and this helps him assume that there is meaning and justice to His pain. The explanation for all pain would require knowing how all particular pieces of the cosmos interact, surely beyond human comprehension, and knowing the internal mental states of each person. We cannot know this universally, and God cannot tell us, because it would violate the privacy of the moral agent for God to say all He knows about an individual to us just to justify His ways. So seeing God’s goodness and justice, combined with philosophical justifications for that experience, has helped me live with the argument from evil.

May 23, 2017
What is The Best Evidence Against Christianity?
Next Post

May 25, 2017 If God did not exist . . . Questions from M.
Browse Our Archives
get the latest updates from
Eidos
and the Patheos
Evangelical
Channel
POPULAR AT PATHEOS Evangelical
1

The Struggle is Real: A Letter to West...
West Franklin Family, He's been a regular in my office recently. He's...
view all Evangelical blogs
Copyright 2008-2021, Patheos. All rights reserved.