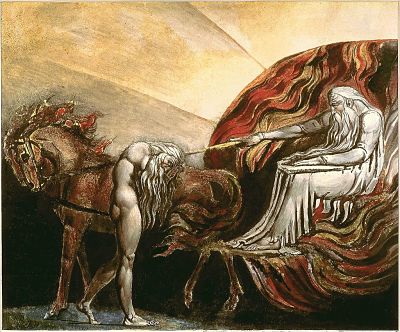 Each of our children had the day they realized I almost did not marry their mother. Of course, it is was far more likely their mother would not have married me, but given the story of my life, they did not first think of it that way. “Dad! If you had . . . ” she said, “then I would not . . . ” and then silence would fall.

What if things were not the way they are? Such counter-factual questions are wonderful as they allow us to see the way things are more clearly. What if, horror of horrors, the South had won the Civil War? If you wish to love Abraham Lincoln more, ask this question!

Having been sent 55 Questions from M*, my cheerful inquisitor, I have decided to spend the summer giving all too brief answers to as many as I can. My rules are simple: one blog post, five hundred or so words, answer the question.

3. If God did not exist, how would you expect the world to be different than how it is now?

Let’s assume this is possible, though it might not be.** If we assume that it is possible that God not exist, then the world would be very different than the world I believe exists.

First, I would expect that mathematics would not work. Numbers exist (at least as ideas in the Mind of God) and if there was no Mind, then I would be very surprised that something as abstract and ideal as mathematics would be useful beyond the simplest calculations. (Instead, we find that mathematicians can discover ideas while doing abstract higher or alternative mathematics that are later useful to scientists!)

Second, mind would not exist, because matter and energy are inadequate to account for mind. We would have no sense of self: a collection of atoms known as “M*” could exist, but not the person M*.  Since I think the person M does exist as a Cartesian self, this would be a very sad result!

Fourth, we would not find ubiquitous beauty. Humans go to the bottom of the sea and find: beauty, weird beauty. We peer to the outer reaches of space and we find: beauty. We go to new lands and find even more beauty. The universe is overwhelmingly, gratuitously beautiful. No person could have evolved awe for the world of the clouds that I see from an airplane, but beautiful that cloud world is.

Fifth, Jesus would not have been. Even if we assume some sort of humans whose brains had tricked them into believing they had minds, we would not have gotten the God-man Jesus. We would not have had Jesus raised from the dead or the beauty of His teaching. We would not have the marvel that is the Gospel of John. Andrei Rubelev would have painted no icons. Saint Paul’s would be a field and Bach silenced. Jesus inspired them all.

Finally, many other things would have gone awry, but we would have lost hope for eventual justice. Life does not always turn out as it should this side of Paradise, but if God is, then we know that He will make it better. He works slowly, but God is making all things just, all pains worthy, and all rewards appropriate and merciful. If there is no God, then when stuff happens, that is the way it is.

How sad is that truth? You live and then you die, doing the best you can, but if unlucky, too bad for you.

If there is a God, a Christian God, then there is hope that the score will be balanced.

You do not have to guess about the nastiness that comes to humans without God. No society controlled by official atheism has been desirable. All have committed mass murder. A small group of Christians when persecuted will start a new nation (think of the Pilgrims), but no atheist group has ever done so. Without God, humankind can invent slogans, dream of Utopias, but will ultimately become ugly, brutish, and intolerant.

What the world be like without God? North Korea to the end of space and time. We would not be as we are, M.

** Some forms of the ontological argument that I find persuasive conclude that God exists in all possible worlds.

May 24, 2017
Questions from M: the Best Argument Against Christianity
Next Post

May 26, 2017 No Contradictions? Cool, but Not Enough . . . Questions from M
Browse Our Archives
Related posts from Eidos