No Contradictions? Cool, but Not Enough . . . Questions from M 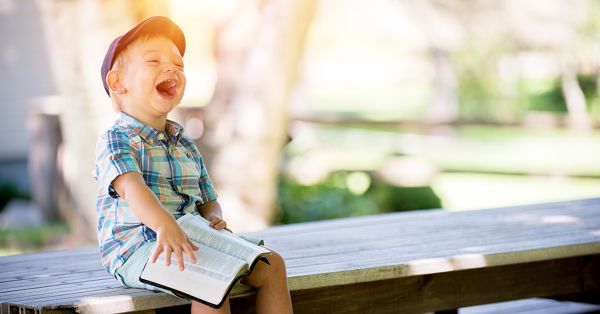 Contradictions are odd. They hardly ever happen in life, because what most of us call contradictions are not really pure contradictions. If I say: “I am English,” and you say, “You are an American” many people might think this is contradiction, but it is not. I can be both English (in heritage) and American (by nationality) at the same time! Clarification harmonizes what appeared to be a disagreement.

A true contradiction would be for me to say: “I am English” and for you to say “No. You are not English.”

We would have to clarify  terms (I might be using “English” to refer to ethnicity while you are using it to refer to nationality)  and make sure we are talking about the same time. “I am (aspirationally) English now” does not contradict “No. You are not (presently) English now.” My aspirations are present goals for a future event!

Often statements that do not look as if both could be true, turn out to be compatible when we know all the facts! Asking people to clarify what they mean can be annoying, such activities got Socrates killed. However, it is even worse when we do not practice clear communication! Wars happen and bad decisions are made when we assume “everyone” knows what we mean and that the other person is just wrong.

Are all uses of contradictions bad? Let’s not be hasty. Sometimes a contradiction is a useful rhetorical device. “I am American. I am not American.” A man might say both things at once in order to convey a sense of emotional confusion to his audience. You cannot be both “x” and “not x” at the same time, but you might claim to be both in order to jar a reaction from your reader. Absurdity can be a useful tool even though nobody wishes to end up in absurdity.

Being sure that two statements from different books contradict each other turns out to be hard work unless they have been carefully written to contradict each other! That is why “Bible contradictions” discussions are rarely a very useful. Most of us simply do not possess the background to know if a contradiction is apparent or real. Any complex set of books, Plato’s, can appear to contain contradictions, but after careful study one often finds the thinker has only appeared to contradict himself! For example, Plato asserts that the soul has two parts, one part, and three parts in different dialogs. This appears contradictory, but if one examines the dialogs with care, one sees that Plato is using soul in different senses and that all three descriptions are compatible. (For the two people in the world interested, I write about this here.)

One need not think every portion of a text is equally inspired, the human authors can contribute, to think other parts are inspired.

This brings me to a question from my summertime interlocutor M*. He has asked me fifty-five questions about Christianity and some deal with Bible contradictions.  M* asks:

17. If Stephen King, Alex Haley, or another author wrote a book with no contradictions and claimed they did it under divine inspiration—would you believe them? If not, why not?

I do not know about King or Haley, but if JK Rowling could write a book without contradictions, I might think this divinely inspired! Sadly, that has not happened yet, but hope springs eternal.

If King, Haley, or Rowling wrote such a book with no (actual) contradictions and claimed it to be divine, that would not be enough for me to believe them. It might be enough for me to look into their claims, but not enough to prove much. This would not even be as impressive as claims about the Bible, since the Bible has many authors over centuries in several different languages. We are skipping over all the hard work of proving that no contradictions or even one contradiction exist!

To such a claim of inspiration and no contradictions,  I would say: “Cool.” and then examine what they said, how they said it, and what they claimed. This would be interesting to me, because books other than the Bible can be inspired! All Christians think the books we call “the Bible” have a unique level of inspiration, but I do not have to deny inspiration to every other book!

I hope and pray God is inspiring a bit of my own writing.

Suppose the Bible has no contradictions. My response would be the same. What are the central claims? How do they line up with human experience and reason? Fundamentally, I do not think belief in the divine inspiration of the Bible (or any other book) depends on knowing that it has no contradictions (a tricky thing to know). My working hypothesis (at present) is that it has none, because I have found no interesting contradictions, but not much rests on that assumption.

Whether in secular or sacred scholarship, I have never found contradiction hunting or endless retcon of apparent contradictions productive. It can be fun and interesting, but misses the main point.  My first question for King, Haley, or Rowling’s book would be: What do you say about Jesus? Given our mutual time in history that would be a good place to start!

May 27, 2017 Jesus in History- Questions from M
Browse Our Archives
Related posts from Eidos