Jesus in History- Questions from M 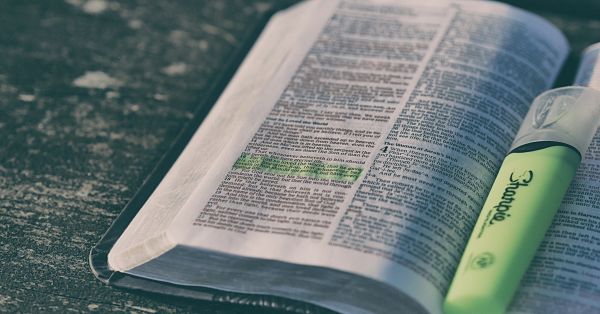 I recall watching a football game I hated only to get a Packers’ score every twenty minutes or so. Somewhere out there the Packers were playing, but there was no way of knowing what was happening until CBS deigned to tell me. Since the Packers were bad (Lynn Dickey notwithstanding), this was not often. Then one day “900” telephone numbers were born where I could call for money and hear scores when I wished . . . this was expensive, but in a close game it felt worth it. And then came Q-link, the ability to hook my C-64 up to a national network. Packer fans gave us scores.

Suddenly, for free, I knew. Sometimes, when my NFL radio pass does not work and I cannot hear Larry McCarren and Wayne Larrivee call the game, I remember: it used to be hard to know things.

Jesus was a  lower middle class (at best) Jew in the Roman Empire. This Empire could not save Aristotle for us and yet some skeptics want Roman documentation on the life of Jesus. I wish I had many documents that were in the Library of Alexandria and are now gone forever.

This brings me to a question from my summer interlocutor M*. M* sent my fifty-five questions and I am trying to answer as many as I can in around five hundred words. M* asks me:

The answer (as far as I know) is zero.

However, since we have all the authors of the New Testament this is an odd question. Ancient biography is perilous, if it were not for Letter VII (assuming it is authentic), we would know very little about the life of Plato. Contemporary biography for even very famous philosophers (think Heraclitus) is rare. Socrates wrote nothing, but he is the unusual case of a man about whom we know a fair amount, because he lived in the golden age of Athens and had verbose students (ahem, looking at you Xenophon).

With the life of Jesus, like the life of Socrates, we are fortunate, because both Socrates and Jesus inspired their disciples to write about them. In the case of Socrates, we have a critic (Aristophanes) who mentions him as well. Jesus had contemporaries who were critics that converted (like Paul) that assumed Christ’s existence and His death and resurrection. Jesus also inspired accounts (the Four Gospels and the Epistles) that are certainly from the first century. This is a treasure trove.

One need not assume the Gospels are true to be thankful for the four perspectives they give on Jesus. We can be certain (at least as far as anything in the ancient world is certain) that Jesus lived, was baptized by John the Baptist, was reputed to do miracles, and was crucified by Pontius Pilate. We also know that His disciples claimed He rose from the dead and the Jesus movement had spread all over the Mediterranean within seventy years of his death.

Given Jesus’ background, the status of Jews in the Roman Empire by 70 AD, the amount we know about Jesus from contemporaries astounds me. That does not prove He is the Son of God, but it does prove that He inspired his students!

May 28, 2017 "Wisdom" from Bud Plays Junior High Football: A Message to our POTUS
Browse Our Archives
Related posts from Eidos