Questions from M: Miracles are not Just for the Bible!

Questions from M: Miracles are not Just for the Bible! May 18, 2017 John Mark N. Reynolds 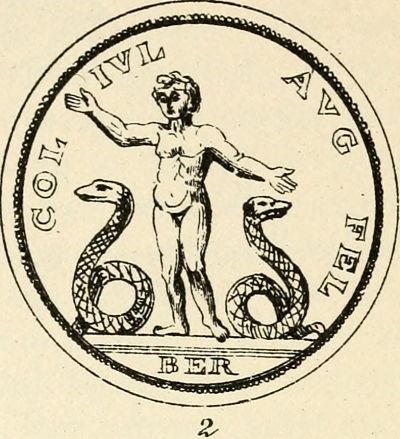 Every summer I try to do a series based on what I am reading or questions I have received over the school year. A thoughtful maybe-deist, maybe-agnostic that I call M* decided to ask me a few questions . . . and a few turned out to be fifty-five. Some of them were interesting enough to me that I have decided to take a shot at answering them briefly. Most could demand a book, but these are answers kept to around five hundred words.

I get this question a great deal and I am always puzzled by it.

Why wouldn’t I believe some of the claims might be true? My default position is to accept the statements of any person until I have reason to doubt them. Instead of starting from a position of skepticism, I default to belief until the person proves they are untrustworthy. I might be fooled once, but rarely twice as the trickster will soon be exposed. Meanwhile, I am not the sort of jerk who assumes everyone is a fraud, liar, or demented.

Why not start with trust? Isn’t that how we treat people around us all the time? As a theist, I do not think supernatural reports are extraordinary. The debate for me is not if such events happen, but over the interpretation of the event. If a person believes Christianity is the truth (as I do), that does not entail that we believe other religions are totally untrue. In fact, my assumption is that most older, big religions are somewhat true. Why wouldn’t they be?

So when I hear a report of a “miracle” or other “supernatural” events, terms that need to be defined, by the way, then I begin with excitement! General acceptance risks nothing and honors the author . . . it is the path of charity and the way sane and civilized people treat their friends and neighbors! However, if I am going to do anything based on the report of miracle, then I would inquire about the general trustworthiness of the author. If (like Herodotus), he often includes mere legends, then my skepticism would increase.

Think of it this way: if I trust a report from my neighbor and nothing hangs on my believing her, then I will believe her if my neighbor has proven herself trustworthy. If my neighbor is a lunatic or liar, then I will not accept much of anything she says without other verification. If my belief entails doing something or changing other beliefs, then I will demand the amount of outside evidence that corresponds with the seriousness of what I am about to do or the belief I am about to change.

There is another sacred bird, too, whose name is phoenix. I myself have never seen it, only pictures of it; for the bird seldom comes into Egypt: once in five hundred years, as the people of Heliopolis say. [2] It is said that the phoenix comes when his father dies. If the picture truly shows his size and appearance, his plumage is partly golden and partly red. He is most like an eagle in shape and size. [3] What they say this bird manages to do is incredible to me. Flying from Arabia to the temple of the sun, they say, he conveys his father encased in myrrh and buries him at the temple of the Sun. [4] This is how he conveys him: he first molds an egg of myrrh as heavy as he can carry, then tries lifting it, and when he has tried it, he then hollows out the egg and puts his father into it, and plasters over with more myrrh the hollow of the egg into which he has put his father, which is the same in weight with his father lying in it, and he conveys him encased to the temple of the Sun in Egypt. This is what they say this bird does.

If I were first reading Herodotus, then I would think “Wow! There might be a phoenix! Cool.”

Note however, that Herodotus does not say he has seen the phoenix, only pictures. Second, as I read Herodotus many times to teach him, I discover that his method is to report anything that he hears that interests him. All good, as far is it goes, but not much to inspire confidence. This is quite unlike the method I find in the Gospels.

Suppose then, that I meet someone who wants to use the phoenix as an image of the resurrection from the dead such as Clement.  I would then say, “Wait, Clement! You are making an important argument based on the existence of the phoenix. Great! Where is it?” Sadly, Clement has no evidence that there is a phoenix, so he should not have based an important argument on it. He does not even cite eye witness testimony!

As a result, given the importance of the issue, I withhold belief in the phoenix and look about the world. Beyond pictures, there is no evidence that the phoenix existed. I conclude: “Maybe. Maybe there was a phoenix, but there is not enough evidence for the existence of the phoenix to put much stock in it. It almost certainly does not exist now.”

I hope there was a phoenix, but I would never use it in an argument or change my mind based on this hope.

This is the way I approach all stories of miraculous, or unusual events. If a man, let’s call him Joseph Smith, says he has seen an angel, then I accept that he has seen something. We can then examine his character and conclude whether he is trustworthy. Second, even if I decide there is decent reason to think something interesting happened to Joseph Smith, then I wish to know if Mr. Smith has interpreted his experience correctly.

I can see an angel and only later discover that this particular angel was a demon! I can see a good angel and also misunderstand what he has said. To give a real world example: I accept that the young Joseph Smith had a real supernatural experience.

I do not agree with the Latter Day Saints on their interpretation of that experience. I base my disagreement on Joseph’s character later in life and other things I know about the world. However, when I talk to my Mormon friends, I do not explain away their religious experiences, I accept them. I do urge that they consider whether they have understood them correctly. I am quite happy when they ask the same questions of me!

In short, I assume every religion that has endured is based on a core, real, spiritual experience. I might disagree with the interpretation of this event. I also assume any old tradition, one that has helped millions, has something to teach me. If Christianity is true, it does not entail that there is not some truth elsewhere.

May 19, 2017 Questions from M: Stupid Disciples! Why so stupid?
Browse Our Archives
get the latest updates from
Eidos
and the Patheos
Evangelical
Channel
POPULAR AT PATHEOS Evangelical
1