Questions from M: Stupid Disciples! Why so stupid?

Questions from M: Stupid Disciples! Why so stupid? May 19, 2017 John Mark N. Reynolds 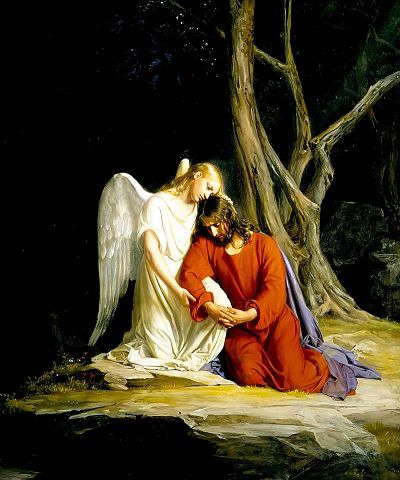 M is a interlocutor* who found me from Almighty Google and sent me fifty-five good questions. As the summer is here, I have decided to answer all of them I can . . . while holding myself to a few hundred words! Today M outdid himself:

Anyone who reads the Gospels knows that the disciples can be annoyingly stupid. How often can one group look for a political messiah before they get the point? His Kingdom was not of this world!  Before answering the question, I do think the New Testament should be commended for having authors who make the future leaders of the church look like bad students so often. If I were to pick one reason to think the Apostles were behind the Gospels, I would think the lack of “respect” that the Gospels show the Apostles is one of the best.

First, for the sake of history, we should note that many people did not choose to commit suicide with Jones: they were murdered.  Second, Jones isolated his followers. Jesus spoke in cities. Jones had his followers practice for apocalypse, Jesus rebuked followers who wanted to call down fire from Heaven on critics. Jones could get many brainwashed people to do what thoughtful people would not do: do evil so good could come. Jesus used dialectical techniques that often drove followers who did not want to think away!

Second, Jesus disciples were normal, thoughtful Jewish people. They probably did not fully grasp all Jesus was saying. They thought Jesus was the Messiah and at times were willing to say Jesus was the “son of the Living God.” What did that mean? There is no reason to think they had a complete theology to go with that idea. At least one of them became convinced that money was worth more than Jesus.

When Jesus was arrested, at least one of his students used a sword to fight back, but Jesus stopped him. After this, most of the rest ran. What else could they do? One at least, John, followed Jesus all the way to the Cross. Many of Jesus’ disciples were women and more than one followed their friend even to death. Many of Jesus’ followers did decide that He was who He said He was, even when it did not look likely given what they had seen and experienced.

I have been in situations where friends betrayed friends. The traitors are rarely bad people, just decent folks put in hard situations. People do what they know to do. They act and then think. The disciples ran, but they also ended up together in Jerusalem. They were not heroes, but Jesus’ refusal to fight with swords meant they had little to do!

Getting crucified was something a Jew saw just by walking down the road. It was an unpleasant way to die and they had all seen it. Jesus was put on trial for His life and refused the one thing a follower thought he could do: fight. They huddled together and waited . . . which is more faith than I might have had. They had this reasonable truth because of what they had seen and heard.

May 18, 2017
Questions from M: Miracles are not Just for the Bible!
Next Post

May 20, 2017 The Seventeenth Century speaks on the Twentieth to the Twenty-First Century
Browse Our Archives
get the latest updates from
Eidos
and the Patheos
Evangelical
Channel
POPULAR AT PATHEOS Evangelical
1