I went looking for different voices. Some I agree with, some not so much. All are younger than I am and are interesting. This argument comes from John Lepp. He has an MSc in Philosophy from the University of Edinburgh, specializing in the Philosophy of Science. He resides in Boca Raton, Florida, with his beautiful wife and cat.

The argument is also elegant. 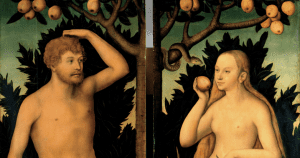 The challenge supposedly shows observations used to prove a Good God can also be used to show an Evil God.  Displays of goodness are not evidence of God contends Law.  The  attribution of an agent –  eg God – is supposedly empty because both something and its supposed opposite can serve as evidence.

Law’s challenge isn’t faced by atheists.  It isn’t even faced by all Christians, Jews, or Muslims. “The Evil God Challenge” is only a challenge for a subset of those who believe in God.

Say the person faced with “the Evil God challenge” held that “good” is whatever God judges to be good.  According to somebody who holds a “divine command” theory, the very concept of an Evil God would be ill formed.  If anything commanded by God is good, and if anything good cannot be simultaneously evil, then anything commanded by God cannot be evil.  Hence, there couldn’t be an “Evil God” according to those that hold a divine command theory of “good.”  It simply would not make sense.

What is ‘evil?’  It is more than just doing something poorly.  It is more than something being bad.  I can, for instance, say with the utmost confidence that the movie Xanadu is very bad.  Although I am very confident in the legitimacy of that judgement, I am not saying that the movie is evil (except, perhaps, in humor.)  So for the movie to be evil, it would have to be both bad and designed with malevolent purpose.

“The Evil God challenge”, therefore,  is only a problem for either

I leave “the Evil God challenge” for those people.  Everybody else needn’t be troubled. 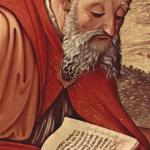 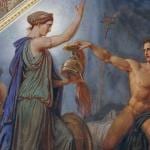 March 12, 2019 The Shield of Achilles (A Guest Post by James Harrington)
Browse Our Archives
Related posts from Eidos