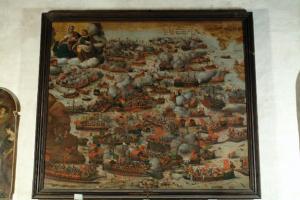 Courage, including physical courage, is not the greatest virtue, but makes doing greater virtues possible. Most acts of courage are not dramatic: most martyrdom is bloodless. We die to self. The courageous death brings true life, unless courage has been confused with masochism!

And yet the outer sign of physical courage can be a notable image of the inner reality.

Celebrate the unsung heroes: those freedom fighters that live and die in service to liberty for their people. The greatest courage is with those who persist against tyrants when the tyrants seem invincible. If they seem invincible, they have an advantage: they seem as gods. The first great defeat, the check to expansion, can mark the beginning of the end: the god bleeds.

So the Greeks and all the philhellenes discovered in their long struggle for a restored nation.

The Ottoman Empire knew victory after victory, even seeming defeats amounting to momentary checks to growth. Christendom was losing: always on the defensive. Christian Greeks, the ancient Romans, preserved classical culture behind the great walls of Constantinople, the great City, until 1453. The glory of God departed from the Church of Holy Wisdom and Greek liberty was lost. The Greek captivity would endure, despite endless resistance, until 1821, four hundred years long. Much was lost that should have been preserved, but the Greeks endured. Christendom endured.

Defeat and the second-class citizenship, the snatching up of children for the tyrants’ armies, and the peril of the West, a fear of imminent conquest, concentrated the Christian mind wonderfully.

The Pope called up a Holy Alliance and under the command of the brilliant Don Juan de Austria, the tyrant Empire was defeated, her fleet smashed at the Battle of Lepanto in 1571. The god bled.

GK Chesterton gave us a poem celebrating the victory.

Easy to recall the heroes, the commanders, the leaders of the Holy Alliance. Almost, but not quite forgotten are the largest group that did the fighting: the Greeks.* They were still resisting, would keep resisting, even if freedom was still two-hundred fifty years in the future. Lepanto meant that there would be allies to come to the aid of doughty Greece. The service of the Greeks was one more debt the nations of Western Christendom would eventually repay at the Battle of Navarino. The Ottoman fleet was crushed by a new alliance of the Christian powers in 1827.

The Greeks found allies where they could, resisted as they could, and their courage was rewarded. This is a pattern of history: imminent ruin stirs up the remnant and no longer how long the struggle, victory is sure.

When Moscow fell to the atheists in 1917, the Orthodox again entered seventy years of captivity. The atheists sent all religious to the gulags where suffering forged unity. Once again, though fragmented at the start, Christendom would come together with another pope, Saint John Paul the Great, fusing together a Cold War against the Bolshevik. Ronald Reagan and Margaret Thatcher contributed as secular rulers did at Lepanto. They showed solidarity with Christians, with anyone, seeking liberty, and the fall of the Berlin Wall marked a new hope.

May we find the courage of the Greeks and may they continue to live in safety with the intercession of the Theotokos.

*”Lepanto was fought in Greek waters, and many Greeks took part in the battle, on the ships of both sides but mainly on those of the Holy League. Three of the Venetian galleys were commanded by Greeks who had converted to the Catholic faith, two from Crete and one from Corfu. George Finlay in his 1877 history maintained that there were over 25,000 Greeks in the Holy League fleet as crew or oarsmen, and about 5,000 in the Turkish, so that their number ‘far exceeded that of the combatants of any of the nations engaged’.”

April 7, 2021
Folk Art is Art (West Virginia and the Greek Bicentennial)
Next Post 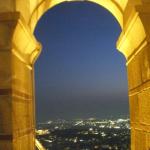 April 9, 2021 Love Unites: Find What You are For (A Reflection from The Greek Bicentennial)
Browse Our Archives
get the latest from
Eidos
Sign up for our newsletter
POPULAR AT PATHEOS Evangelical
1