Today, Nick Offerman’s YouTube channel, My Tales of Whisky, released a few new videos. These videos, in many ways, serve as a continuation of Offerman’s character Ron Swanson (in attitude if not in name) from the popular television series Parks and Recreation. These videos can swerve drastically into the ridiculous, since Offerman is a comedian, but all center on one topic, the drinking and making of whisky.

Last year, Offerman’s channel produced an unexpectedly popular video, “Nick Offerman’s ‘Yule Log’.” You can watch it below, but it is very easy to describe. Nick Offerman sits in a room with a fire burning and drinks Lagavulin single-malt Scottish whisky, for forty-five minutes.  Later they developed a looped version which lasts for 10 hours. This year, My Tales of Whisky, put out a similar version for New Year’s Eve. Offerman sits alone in a chair just outside the Lagavulin Distillery as the people behind him celebrate the coming New Year. The video lasts just over an hour and while you can hear music and people celebrating in the background, the foregrounded image of Offerman sitting in silence, drinking whisky is the enduring image. But why is this so attractive to us? And what, if anything, does this have to do with Advent?

I want to suggest that silence is the key here. I think the temptation to noise has been present in every age of human history. But there is no denying that it is in so many ways easier to indulge in noise today. Right now, as I write this, I have both the video of the Yule Log going and my children are watching the kids program Octonauts. And of course so many of us have phones capable of playing music, not to mention texting, phone calls, Facebook and more. Radios, TV, computers, smart phones, muzak at coffeeshops, we’re surrounded by sound. What attracts us, then, or at least me, about these videos is the opportunity for real silence. Sure, in both videos there is sound. Offerman is not in a sensory deprivation chamber, but, particularly in the first video, the sound is a pleasing one, one that isn’t a distraction in itself, one that lends itself to contemplation. Which brings me to my next point: Silence leads to contemplation.

What I find so idyllic about Offerman sitting quietly, sipping his whisky, as the fire burns next to him, is the opportunity such an event would provide for contemplation. I’m actually quite bad at silence and contemplation. I learned this very quickly when I spent a weekend with Benedictine monks in England. And yet, to truly contemplate (which Pieper would say is the “point” of leisure) requires silence of a particular kind. Certain sounds, certain noises or activities can be allowed insofar as they are aids to contemplation. I think the drinking of whisky and the smoking of pipe tobacco can be two such aids. Whisky is, I think, the most contemplative of drinks. Beer is the most common and thus the most communal, wine is the most convivial, but whisky is the most contemplative. Whether one is attempting to ascertain the various notes on the nose or on the tongue; or whether the liquors subtle effects, when drunk none too quickly nor too slowly, leads one to think deeply. In any case, when treated rightly, whisky can be an aid to the contemplative life (beer and wine as well, but I think they’re better suited to community).

Pipe smoking too can be this kind of aid. Pipe smoking cannot be done in a trice. First one must prepare one’s pipe. In some cases this means preparing the tobacco itself, but at the very least one must carefully pack one’s pipe. Packed too tight it will be difficult to get a good draw. Packed too loose and it will burn to hot and sting your tongue. Then there is the light. Lighting a pipe is not like lighting a cigarette. You often need to light it at least twice in order to get it going. Then you smoke, but not too quickly or you’ll burn yourself and not too slowly so your pipe goes out. These activities, whisky drinking and pipe smoking, can be real aids in getting us to slow down, to listen to the silence, and to contemplate.

All this leads me to Advent. For us in the Northern Hemisphere, Advent takes place in the late Autumn and early Winter. The days continue to get shorter and colder, our Advent candles increasingly burn lower, especially the candle from the first week, and the light slowly goes out of the world as we wait for the Light to come into the world. It is so easy to get lost in the noise of shopping, commercialism, and individualism that run rampant during the Advent season as it leads up to the commercial celebration of Christmas. And yet, this is, I think the perfect time to practice the virtues of silence and contemplation. The darker days, and in some places snow, can provide us with more opportunities for staying home and thinking. The approach of the feast of the Nativity of Our Lord (also known as Christmas), can remind us to get our minds straight, to remember––if you allow me this rather cliché aphorism––the reason for the season. Christ is coming and we would do well to think about that, to consider it, to contemplate it as a past, a present, and future reality. For those places, like my home here in New Hampshire, where it does get cold, the warming effects of whisky and pipe tobacco are fitting. Thus, they can help us prepare for the coming feast, for the coming celebration of our Lord, and can help us prepare for his return.

Now, whisky and pipe tobacco are tools, useful in the art of contemplation and silence, but not necessary. If you’re a teetotaler, a recovering alcoholic, an asthmatic, or for any other reason cannot, do not, or will not partake of either, you can still engage in silence and contemplation. I only recommend these tools for two reasons. First, they are, on their own, quite enjoyable, regardless of whether or not they lead you into deeper contemplations about reality, Christ, or your personal holiness. Second, they can be useful in putting us into situations where we can be quiet and contemplate. But of course, going to church can, or ought to, provide those same opportunities. And you likely can find them at home with the right amount effort. So, whether you do so with whisky and tobacco or not, let me recommend to you silence and contemplation this Advent. 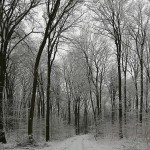 December 7, 2016
Beginning Work on a Christmas Ghost Story Including a Short Excerpt
Next Post 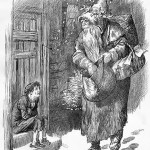 A Look At The Watchtower aka...
The Pursuit of Holiness
Related posts from Letters from the Edge of Elfland

Catholic
On the First Day of Advent: Taking Twin...
Letters from the Edge of Elfland
TRENDING AT PATHEOS Catholic