Hiking with My Children: Seeing the World Differently 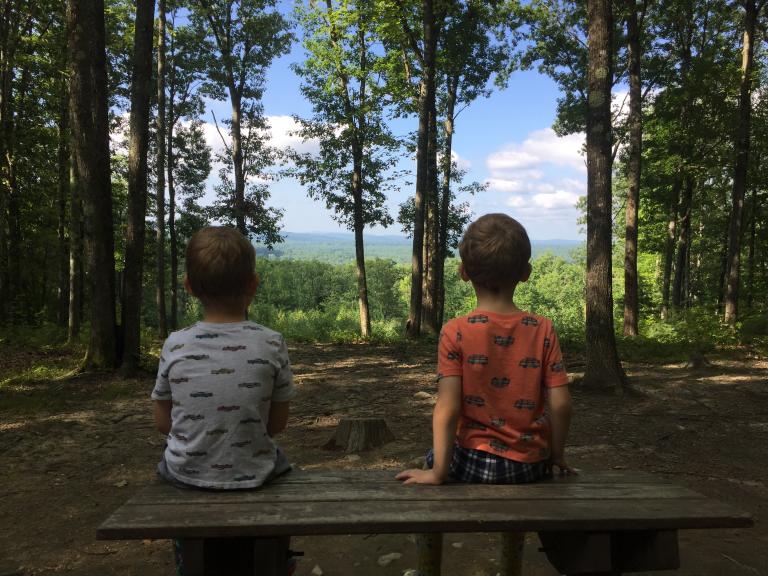 As I have mentioned in my letters before, I often find it necessary to get out and walk in nature. I do not particularly care for mountain hiking, though I do love the views at the top, but I often find in myself a need to be out amongst the trees, to get as far away as I can from the road, and listen to and breathe in the world around me. Despite living in New Hampshire where parks for such walking abound, I have had few opportunities. My school year schedule does not allow me to frequent the forests I love, and in the Summer, at least in the past, it has been difficult to take my children on such hikes. For the last two days, however, I have gone hiking with my children.

This has been an utterly unique experience for me. When we lived in Hudson, New Hampshire, the closest place I could go for such a hike was the excellent Benson’s Park. The only problem was that the playground was on the way to all of the trails. Thus, if I wanted to take my children on a hike, I first had to convince them they did not want to play on the slides, swings, and climbing equipment. This was a hard sell, to say the least. Since moving to Concord I have not had the time, or at least the mental power, to sit down and look up what hiking trails might be found near me. Finally, yesterday, I broke down, searched the Concord City website, and found Winant Park.

On the first hike, we could only go so far. We didn’t get to the park until after 9 and we had to pick up our groceries at 10. Today, however, we got there a little after 8 and had no other obligations. Between the two days, I’d say we walked about 2 miles. And with twin four-year-olds, I feel this is something of an accomplishment. While I simply loved being back amongst the trees I love so dearly, what struck me most was how my children engaged with nature, and how I was able to help shape it.

On the first day, since it had rained the night previous, we saw an abundance of mushrooms. Were I any kind of mycologist or forager, I’m sure I’d have found plenty to bring home and eat. 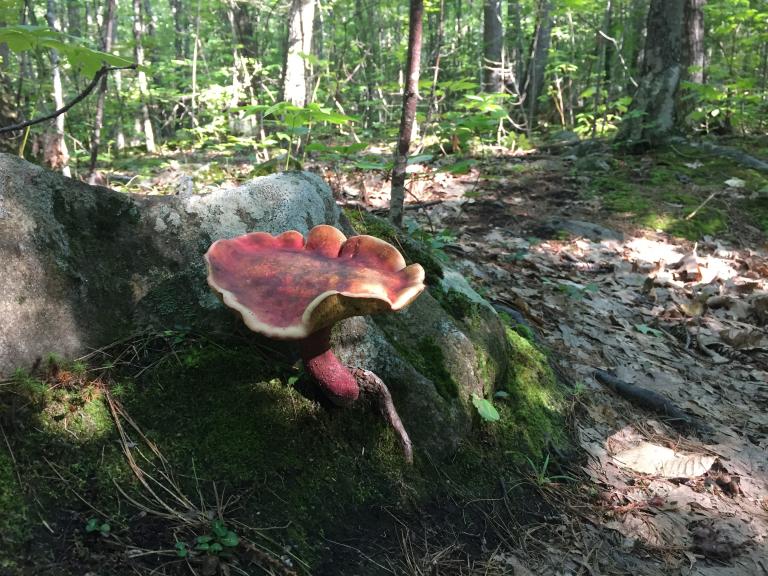 However, in an attempt to impress a girl at the age of 7 or so, I once ate a wild mushroom on my elementary school playground and had to drink liquid charcoal (something of a fad now, as I understand it) in order to purge the contents of my stomach. This, sadly, has given me something a phobia about foraging (though I do love to eat mushrooms). I attempted to tell my boys about the role fungi play in our ecosystem, and about the fungal network that connects the trees in a forest creating the “Wood Wide Web.” But the key take away was this: gnomes help the mushrooms to grow.

In addition to gnomes, I told my kids about how the giant granite stones covered in moss looked to me like sleeping trolls. 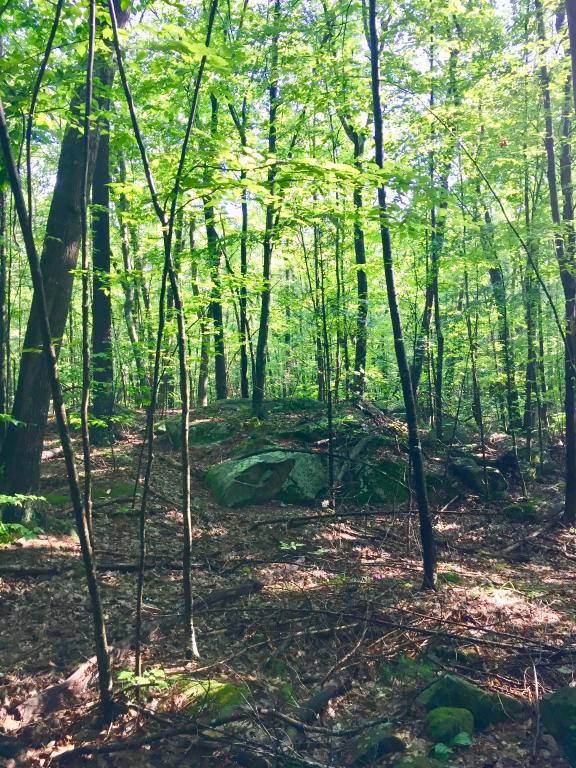 My kids took this to mean that they either were trolls or at the very least that trolls live in this forest. They began to be worried, so I assured them that trolls sleep in the daytime (turning to stone if they don’t) and that, in any event, I knew a secret song that would put the trolls to sleep. They asked me what the song was and I told them they would have to wait until they are older to find out. Today, one of my sons became frightened as we neared the stones, worried that we might wake the trolls with our talking. He started to cry and asked to go back to the car. But I told him not to worry, not only does their dad know a song that will put them right back to sleep, but there are elves and fairies and in the forest who, with their spells, songs, and swords, keep the trolls at bay. This gave him a sense of relief and we were able to continue our 1.5 mile walk.

I have been burdened with an essential and all-important charge: to help shape the way my children see the world around them. I have decided to people that world with creatures from folklore and myths and my own stories. Not because I want them always to believe in fairies, even if I still do. No, rather, this preparation, if handled well, will help them see the world as Catholics are meant to, as “charged with grandeur of God.” That is my task, my quest, I pray I do not fail. 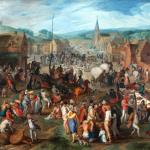 July 31, 2018
The Catholic Church Has a Geography Problem: Reflections on the Parish
Next Post

August 15, 2018 "Repair my house which, as you see, is falling into ruin."
Recent Comments
0 | Leave a Comment
Browse Our Archives
Follow Us!

George Will and the Millstone of...
Catholic and Enjoying It!
Related posts from Letters from the Edge of Elfland

Liturgical Wishes, or Things I would Change if...
I have just completed in several posts a journey through the Mass,...
view all Catholic blogs
What Are Your Thoughts?leave a comment
Copyright 2008-2017, Patheos. All rights reserved.