Is That the Whir of Helicopter Blades? On Lavish Maternal Love vs. Overbearing Control

Is That the Whir of Helicopter Blades? On Lavish Maternal Love vs. Overbearing Control March 25, 2013 Ellen Painter Dollar

I had dinner the other night with my play group/moms’ group/book group. We are a bunch of late 30s to early 50s moms who met at a local community center when we each had our first child, 13 years ago. We spent years gathering on Friday mornings at each others’ homes for bagels, coffee, and rampant mess-making on our children’s part while we talked. When our kids’ school schedules and our work schedules got too complicated for that, we switched to regular girls’ nights out and book club meetings, and occasional weekend trips to coastal Maine. This group is remarkable, for sticking together for so long, and for the fact that, despite some big differences in vocation, religious beliefs, and upbringing, we tend to see the world through similar lenses.

We spent some time last night engaging in one of our favorite (not terribly savory) activities: rolling our eyes at the antics of many of our fellow parents in our high-achieving suburb. A few of the choicer gems from last night’s discussion: 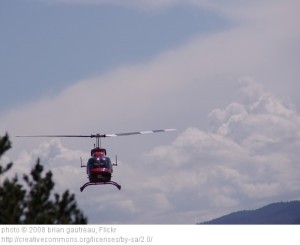 The latter two examples in particular are examples of what we call “helicopter parenting”—supposedly a hallmark of my generation of parents. We micromanage every aspect of our children’s lives, down to when they drink water. We expect our special little snowflakes to get personalized attention from every adult in their lives. We shield them from disappointment, boredom, inconvenience, and even thirst.

Oh those silly parents. I would never do such things.

Fast forward to the following morning. It had been a too-full, crazed week of dinners eaten on the fly and afternoons when I spent two or three hours nonstop in my minivan, picking up and dropping off children at various places. Friday is pizza day at my kids’ school, and while I know they don’t much like the school pizza, I didn’t feel like making lunches, so I decided they could just deal with mediocre pizza for lunch.

I got an email from my seven-year-old’s teacher saying that when he discovered there was no lunch in his backpack, and that even the sandwich choices on today’s school menu aren’t something he likes (he is a PB&J guy through and through), he got upset, to the point of tears. The teacher said she normally wouldn’t email a parent over something like this, but tears on my son’s part are unusual. He’s normally a “go with the flow” kid at school.

While I normally wouldn’t bring a lunch into school for any of my kids, for any reason, I decided that I would. I had consciously chosen to ignore the fact that he never likes to buy lunch on pizza day. I also knew that tears and complaints are not normal for him at school; he is known among teachers and kids as a child with stellar behavior. And I knew that he was wound up with anxiety and anticipation for his singing performance scheduled for that evening’s talent show. I decided that a show of lavish maternal love, in the form of my delivering his favorite lunch to his classroom, was in order.

And then I wondered if I was hearing the whirring of helicopter blades in the distance. Was I becoming one of those moms, desperate to clear any inconvenience and disappointment out of my children’s lives? Unwilling to let them learn the hard way that we can’t always get what we want?

Maybe. Yes, probably. It certainly wasn’t the first time I chose to do something because I didn’t want one of my children to be disappointed—and didn’t want to be the target of their whining or complaining.

But I was also aware that my primary motivation, in this case, was not a desire to save my child from disappointment or myself from his complaint. Rather, my primary motivation was to dry his tears, and to do something special on his big talent show day. I wanted him to know, on that day in particular, that he has a mom who will sacrifice her own agenda (a long list of writing projects and tasks I hoped to get done that morning) if I can ease his way with some small gesture.

When I stepped into his classroom, puppy lunchbox filled with PB&J, yogurt, and a few precious blueberries from the organic co-op delivery I got last night, I was met by his surprised, delighted smile. He rushed over, gave me a huge hug and kiss (in front of his whole class, no less), and said, “You’re the best mom!”

Helicopter mom? Perhaps. This time, though, I prefer to think of myself as a mom who wants her children to know what it feels like to be delighted by spontaneous, heartfelt acts of generous, sacrificial love. I hope that the result is not that they become complacent, spoiled kids who expect every inconvenience to be cleared from their path, but rather become people capable of offering others the same kind of lavish love they receive.

If you’d like to see my seven-year-old rocking Katy Perry at the school talent show, here’s the video (posted with his permission).

March 27, 2013 Rachel Stone's "Eat with Joy": Why Healthy Eating Goes Beyond What We Eat
Recent Comments
0 | Leave a Comment
Browse Our Archives
get the latest from
Ellen Painter Dollar
Sign up for our newsletter
POPULAR AT PATHEOS Progressive Christian
1