Parents-to-Be Have More Choices Than Ever, But We Can’t Choose Our Way Out of Pain

Parents-to-Be Have More Choices Than Ever, But We Can’t Choose Our Way Out of Pain May 2, 2013 Ellen Painter Dollar

Jennifer Gilmore’s story is enough to scare anyone away from open adoption. (It also provides the best supporting evidence ever for my contention that “Why don’t you just adopt?” might be one of the stupidest questions known to humankind.) 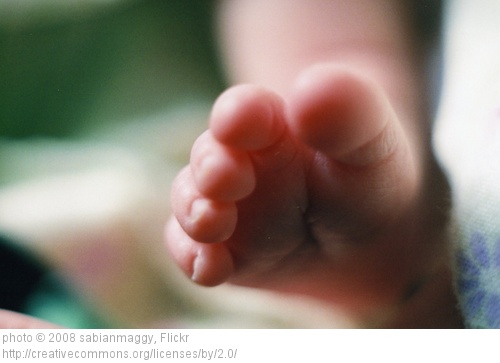 After years of fertility treatments , Gilmore and her husband settled on an open domestic adoption. And then everything that could go wrong did. Numerous birthmothers selected them—and then the couple would learn that the birthmother didn’t really intend to place her child for adoption, or wasn’t even pregnant. The couple took home a baby boy, then found out that the baby’s father didn’t know about the adoption and wanted his son. They flew to be present at the premature birth of another baby, who turned out to have Down syndrome:

As open as my husband and I were to adopting a baby of a different race and as open as we became to adopting from a mother with a history of drug use, this is the one choice we were not open to. And so we did not take the child. We were told there was another family waiting, and we were trying to do the right thing for this baby. But I won’t be able to forget the moment when we left the hospital without her.

Earlier in her essay, Gilmore wrote:

Open adoption is about choice. Those seeking to adopt may choose the race they’re prepared to parent, and the amount of drug and alcohol use they find acceptable during the pregnancy. They may decide what level of mental illness they are comfortable with in the birth mother’s history. And they may decide as well if they are prepared for—or desire—a child with special needs.

Once you choose to pursue adoption or reproductive technology, you are offered many other choices, whether you are looking for them or not. I recently met with a young woman who read my book. Like me, she has osteogenesis imperfecta (OI—a genetic bone disorder). She had no intention of using preimplantation genetic diagnosis (PGD, which is IVF with the added step of genetic screening) to avoid passing OI on to a child. But when she and her husband learned they were infertile and would have to do IVF to conceive, they were faced with a choice they didn’t seek—As long as they are doing IVF, should they also do PGD to ensure a child without OI?

Something about Gilmore’s choice to leave that little girl behind troubled me in a way that Gilmore’s other choices didn’t. It casts the heartbreaking fall-out from all those choices into sharp relief. Perhaps this is because I write far more about disability and genetic disorders than I do about race or other factors involved in adoption choices. I know it is because friends and colleagues, particularly Amy Julia Becker, have helped me understand that a child with Down syndrome is not even close to being the tragedy that our culture believes it to be.

In another compelling look at the consequences of choices we do and don’t make about our babies, the New York Times Motherlode blog featured concurrent essays by two mothers of twins, KJ Dell’Antonia and Lauren Apfel. In Dell’Antonia’s case, the “twins” are referred to in quotations because she adopted a child the same age as one of her biological children. Apfel discovered during her third pregnancy that she was going to have twins, not the single baby she hoped would complete her family.

Dell’Antonia’s essay focuses on the benefits of having “twins” even as she recognizes the limitations of having two children the same age. Apfel, though she of course loves her children, struggles with all the ways that twins reveal the limits of parental resources of every kind—money, time, attention, comfort.

KJ Dell’Antonia concludes her essay on why she’s glad to have “twins” by asking:

Did I really want “twins”? It’s probably more accurate to say that (as with so many other things) I didn’t think about it that hard. I just let it happen. For now, it looks as if it’s among the best not-exactly decisions I ever made.

Though she is referring to adoption decisions, she aptly names the dynamic that still governs most decisions about having babies. Most people who want children get pregnant after having made some very basic choices—when to stop using contraception, for example—but still end up taking what they get. They just let things happen.

But more and more, parents are offered the tantalizing possibility of not simply letting things happen. To some extent through open adoption, to a greater extent through reproductive technologies, particularly gamete donation and preimplantation genetic diagnosis (PGD), parents are offered choices about what sort of child they want, what sort of child they will accept.

To curtail the choices that some parents make in creating a family threatens to curtail all parents’ choices—a principal I adhere to in part because as a person with a disability, I am well aware that a small but dangerous cadre of people would like to make sure people with disabilities can’t have babies.

But although I am aware of the ethical complexities of limiting parental choices, I’m still disturbed by some of those choices. I am truly happy that Jennifer Gilmore finally has a baby boy she will be able to raise as her own dear son. I am also truly happy that the little girl with Down syndrome had an adoptive family to welcome her. I still wonder why Gilmore was so sure that having a daughter with Down syndrome was off the table. I suspect it has less to do with her fundamental character, and more to do with a culture and medical system that insists on seeing Down syndrome and other genetic anomalies as avoidable tragedies.

Lauren Apfel concludes her essay on having twins with these questions:

But even if it does turn out that my twins become best friends, allies, a joy to raise as a result, will that be enough to erase altogether the ordeal of what went before [referring to the trials of having two babies at once, and being unable to respond as she would have liked to their many needs]? Or will I always carry that struggle with me as a scar, like the one that marks their entrance into this world, something that will fade over time but never truly disappear?

Anyone who nurtures children—whether born from her own body, that of a partner, or another woman’s body, whether brought home at a few days or a few years old—will be wounded. All parents will be left with scars that will throb and ache under the right conditions for the rest of our lives. All three of the writers featured here have chosen to reveal their wounds to the world (even KJ Dell’Antonia, whose essay was mostly positive, admits that having two children the same age means she cannot always help one without hurting the other—a fundamental wound that will be familiar to most mothers, the knowledge that we can’t always assuage our children’s hurts, and that we cause those hurts not infrequently).

My greatest hope for our cultural conversations and decisions around how we become parents, and the choices made possible by adoption and reproductive technologies, is that we will finally understand that we cannot choose our way out of heartbreak. We can, under some circumstances, choose to (try to) avoid a particular brand of suffering, difference, or limitation—and there may or may not be compelling reasons to do so—but we cannot choose to forgo all of it.

May 1, 2013
Why I Don't Call Myself a "Cancer Survivor" (& Why We Should All Think Twice Before Donning a Pink Ribbon)
Next Post

How come I can't see you...
slacktivist
Related posts from Ellen Painter Dollar