Why I Don’t Call Myself a “Cancer Survivor” (& Why We Should All Think Twice Before Donning a Pink Ribbon) May 1, 2013 Ellen Painter Dollar

Three autumns ago, I walked into a radiologist’s office after a follow-up mammogram. He pointed to my films on a computer screen, and before he spoke, I knew I had cancer. I saw the trouble clearly—a cluster of opaque white dots in the upper portion of my right breast.

My cancer, a type called ductal carcinoma in situ (DCIS), is curable through surgery and radiation. Although my two surgeries weren’t a walk in the park (particularly the first, in which my wound was unable to hold stitches, which meant that for the next 10 days I ruined several shirts when I realized too late that I had bled all over them), and radiation was an exhausting daily routine, I never worried that my kids would be left motherless.

My cancer diagnosis and treatment have become an abnormal blip—a significant blip, but a blip nonetheless—in my life story. My genetic bone disorder and severe arthritis are far more relevant to my life story than the fact that I had, and was successfully treated for, breast cancer.

I don’t feel like a “cancer survivor,” and I have never referred to myself as one. This is likely partly due to my personality. I am not much of a joiner of clubs. Despite writing reams about my bone disorder, osteogenesis imperfecta (OI), including a stint as the communications director for the national OI Foundation and being a speaker at their conference last summer, I participate very little in online or in-person support groups for people living with OI. I am an introvert and a solitary writer who treasures time alone. My many-layered questioning of common cultural narratives around pain, suffering, disability, and illness makes me impatient with the easy slogans and feel-good camaraderie of many ad campaigns, public awareness initiatives, and gatherings focused on a particular disease or disorder. 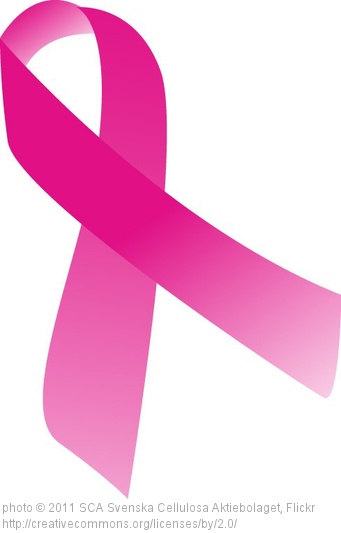 And despite two lumpectomies, seven weeks of radiation, and a breast that will never look quite right again (trust me on this one…I’m thinking photos would be inappropriate, yes?), I don’t particularly identify with the pink-ribbon hysteria that takes over everything each October. In fact, my diagnosis happened in October, and made all that pink seem even sillier and more superficial than it had before. (My kids, however, liked that I would come home from every doctor’s appointment with new pink-ribboned loot, such as pens and magnets.)

Turns out my discomfort with my cancer diagnosis, as well as with pink-soaked “breast cancer awareness,” might be justified. And I might actually not be a “cancer survivor.”

A New York Times magazine cover article by Peggy Orenstein (see? I told you I would still appreciate her work, even if I’m still a little peeved about Candy Land-gate) argues that despite the success of all this “awareness,” including increased rates of mammogram screenings, we are not actually saving women’s lives. What kills women is not breast cancer on its own; it is metastatic breast cancer, which starts in the breast but migrates elsewhere.

I’m guessing that every woman who has ever had positive mammography findings has had well-meaning friends and family say, “At least they caught it early.” But, Orenstein argues, there’s no proof that catching cancer early, when lesions are small, will prevent people getting sick from invasive cancer.

Early detection is based on the theory, dating back to the late 19th century, that the disease progresses consistently, beginning with a single rogue cell, growing sequentially and at some invariable point making a lethal leap. Curing it, then, was assumed to be a matter of finding and cutting out a tumor before that metastasis happens….The thing is, there was no evidence that the size of a tumor necessarily predicted whether it had spread.

Mammograms, it turns out, are not so great at detecting the most lethal forms of disease…at a treatable phase. Aggressive tumors progress too quickly, often cropping up between mammograms. Even catching them “early,” while they are still small, can be too late: they have already metastasized. That may explain why there has been no decrease in the incidence of metastatic cancer since the introduction of screening.

The article also addresses DCIS specifically, which was rare before mammography rates soared and now accounts for about a quarter of breast cancer diagnoses annually. DCIS might evolve into invasive cancer. It might not. Most likely, before the advent of high screening rates, women lived with DCIS for years, ultimately dying of old age, not breast cancer. But because we don’t know how to determine if a particular woman’s DCIS will advance, we treat nearly all cases, often with surgery to remove the lesions followed by radiation to kill any cells that might have been left behind.

A physician interviewed for the article, however, argues that DCIS should be seen as a risk factor for cancer, not cancer itself, which makes intuitive sense to me, as someone who finds the label “cancer survivor” disingenuous when I apply it to myself. In contrast, however, a good friend who was diagnosed with DCIS a few years before I was ultimately had a mastectomy. Her initial DCIS was treated with surgery only. When more lesions appeared six months later, she and her surgeon decided the best route was to remove the breast to prevent any recurrence. I believe she is far more comfortable with a “cancer survivor” identity than I am, which makes sense, considering that her DCIS diagnosis required far more interventions than mine did. She reasonably had a level of fear and concern—Why did those cancer cells make such a fast comeback after her surgery?—that I did not have.

While the notion that I never really had cancer is intriguing, and meshes with my self-identity, would I have done anything different? Likely not. I could have chosen not to treat the DCIS. But I imagine I would live with great anxiety in that case, wondering if the next mammogram, or actual symptoms, would reveal an invasive cancer that grew from my DCIS, worried that I might have to confront the possibility of leaving my children motherless.

Perhaps one day, doctors will be able to identify which DCIS types will lead to invasive cancer, and which won’t, and can therefore be left alone. Until then, we will likely continue to overtreat DCIS and other cancerous cells that don’t pose much of threat. In the meantime, I share Orenstein’s concern with how an emphasis on awareness and screening has fed some misinformed hysteria around breast cancer, even as it obscures the truth about who continues to suffer most from this scourge—women for whom regular screening does not manage to find fast-growing, metastatic cancers in time to save their lives.

April 30, 2013
A Different Take on Why Bad Things Happen to Good People
Next Post

May 2, 2013 Parents-to-Be Have More Choices Than Ever, But We Can't Choose Our Way Out of Pain
Recent Comments
0 | Leave a Comment
Browse Our Archives
get the latest updates from
Ellen Painter Dollar
and the Patheos
Progressive Christian
Channel
POPULAR AT PATHEOS Progressive Christian
1

Mansplaining in the Bible, and a...
Freelance Christianity
Related posts from Ellen Painter Dollar