Separate Sex from Procreation….& End Up in Dystopia?

We progressive Christians like to roll our eyes at the Roman Catholics for their official stance on reproductive issues, such as contraception and reproductive technology. Many of us assume that they are just old-fashioned, or out of it, or have a serious case of wishful thinking, or just don’t know what they’re talking about, seeing as the leadership is made up of unmarried old guys. But I find much to admire in Roman Catholic reproductive ethics, even as I don’t agree with all of it.

Fundamentally, Roman Catholic objection to contraception and reproductive technologies is based on an affirmation of their theology of marriage. They see marriage as having two primary purposes: unitive (two becoming one flesh) and procreative (new life arising literally out of the love between a man and a woman). Contraception and reproductive technologies, Catholic theologians argue, separate these two purposes. To put it most simply, they believe that God created sex and procreation to go together, and anything that separates those two acts (e.g., contraception allows for sex without the possibility of procreation, while reproductive technology allows for procreation without sex) is contrary to God’s intentions for marriage and human families.

The idea that separating sex and procreation is problematic seems quaint and old-fashioned. Actually, given evidence linking contraception to reduced maternal mortality, fewer abortions, and women’s economic empowerment, separating sex and procreation seems like a great thing. Even so, our Catholic brothers and sisters are on to something important. For another perspective on why we should be wary of divorcing sexual activity from reproduction, we need look no farther than some classic dystopian novels.

In fictional dystopian worlds, it is common for sexuality and reproduction to be completely severed from one another. In Aldous Huxley’s Brave New World,  for example, sex is encouraged as a social activity, even for the young, but children are manufactured in a process designed for efficiency and the propagation of traits that support a consumer society. And in one of my favorite novels, Lois Lowry’s The Giver, birth mothers (girls chosen for this work because of their robust physical health combined with a gentle, unquestioning nature) bear babies who are then matched with unrelated parents who raise them. While a pleasant fondness binds families together, the visceral, fundamental love of parents and children has no place in this culture that values a placid, smooth-running society above all else. Sexuality also has no place in this culture; adolescents begin taking hormone-suppressing pills as soon as they begin showing signs of sexual maturity. 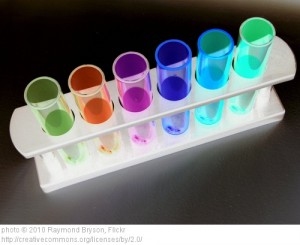 In these and other novels, oppressive governments separate sex and procreation to achieve control. By banishing the volatile, visceral nature of both sexual expression and familial love, the state is able to control not only its citizens, but also what type of citizens it governs. In Brave New World, fetuses are “decanted” using techniques that foster some traits while limiting others, creating babies who are destined at birth to fit into a particular caste and be easily controlled by the state. In The Giver, babies with any kind of physical or intellectual problem that interferes with the community’s predictable patterns of life—even a problem as innocuous as being a poor sleeper—are euthanized. Divorcing reproduction from sex makes it possible for states to determine what kinds of citizens they get to an extent not possible when procreation and sexuality—both unpredictable, emotionally charged endeavors as they occur naturally—are linked. In dystopian novels, we see the potential dangers of this separation, the costs of having unprecedented control over what kinds of babies are born. Children born into dystopian societies may be healthy. They might even be happy in a certain sense, born with traits that make them perfectly suited for whatever role they are meant to have in their society. But they, and their societies, lack much of what makes human life rich and interesting, such as creativity and art and love. As Jonas, the main character in The Giver, learns, even missing out on the harder aspects of life—conflict, pain, sickness, anger—diminishes the human experience.

Today’s reproductive technologies, such as in vitro fertilization (IVF) and preimplantation genetic diagnosis (PGD) are subject to individual choice rather than government coercion. But separating reproduction from unpredictable, volatile human sexuality does allow us to exercise an unprecedented level of control over the procreative process—and over what kind of children we end up with. PGD was developed to free children and families from painful, disabling genetic disorders, such as mine (osteogenesis imperfecta, or OI—a collagen disorder leading to fragile bones and other symptoms). Such conditions are perceived as burdens because of the pain and struggle they can cause. But they are also perceived as burdens because of cultural values that favor such things as robust physical health, intellectual achievement, and earning potential.

Might our technologies that separate sex and procreation tempt us to control reproductive processes in potentially dangerous, even dystopian ways? I’ll be teaching a class April 1 at the University of Hartford that will consider that question, reflecting specifically on The Giver and my book No Easy Choice. If you are local, please join us! The class (a humanities seminar) is free and open to the public. For the rest of you, use the comments here to reflect on what I’ve written, on these or other dystopian novels, and/or your thoughts about whether separating sex and procreation via modern reproductive technologies is or is not a problem.

February 19, 2014
Does the "Fetal Cell" Problem Justify Religious Exemption for Vaccinations?
Next Post