Does the “Fetal Cell” Problem Justify Religious Exemption for Vaccinations? 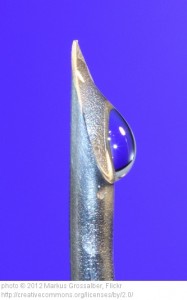 Rachel Stone posted yet another excellent article about the importance of childhood vaccination for public health over at her new Religion News Service (RNS) blog. Rachel has consistently spoken up in favor of most children being vaccinated against childhood diseases, including in a (surprise!) controversial post several years ago for Christianity Today in which she invoked the Golden Rule to argue that vaccinating is not merely a “personal choice,” but a way of caring for our vulnerable neighbors by fostering herd immunity. In this week’s RNS post, Rachel focuses on parents who claim a “religious exemption” from vaccination laws, such as those requiring children to be vaccinated before they enter school. In most cases, parents don’t have to explain their religious objections, but merely state that they have them. Rachel writes:

What’s most troubling to me is the casual abuse of the venerable concept of “religious freedom” in order to secure the right to refuse, on dubious scientific grounds, an effective and important public health measure, particularly when very few Americans practice any form of organized religion that specifically proscribes vaccination.

Seeking more information and perspective on this question, I talked with Karen Ernst, who works with Voices for Vaccines, a parent-led organization that supports and advocates for on-time vaccination and the reduction of vaccine-preventable disease. Karen is a Roman Catholic and pro-life, and she also works doggedly to convince parents that they can trust the scientific evidence in favor of vaccine safety and the vital role of vaccines in public health. She offered this explanation:

Cells were harvested from the lung tissue of two aborted fetuses in the 1960s. Then they were grown as cell lines, which replicated practically endlessly, eliminating the need for more fetal cell tissue. Viruses from certain live-virus vaccines  (Hep A, rubella, chicken pox, and rabies) are grown in the cell lines, and once they are ready to be used in the vaccine, they are taken out of the cell line. People think that vaccines “contain” fetal cells, but they contain fetal cells no more than a potato contains worm poop.

Where a pro-lifer can get hung up is in their culpability in the act of the abortion. The Vatican was asked by a pro-life group named Children of God for Life whether or not Catholics can vaccinate their children using vaccines created from these cell lines, and remain in good standing with the church.  The Church’s response was not overwhelmingly pro-vaccine, but they did argue that Catholics can and should vaccinate their children.

The reasoning was very basically thus:  The bulk of the culpability (cooperation with evil) lays with the mother and the doctor performing the abortion.  Next in line are those who harvested the cells, which was done without consent. After that, there is very little proximity to the original abortion.  Doctors and parents are said to be in “very remote mediate cooperation” with the act of abortion, to the point where the sin is practically nonexistent.  I probably sin more egregiously on a daily basis thinking bad thoughts about all the stupid drivers on the road.

It’s also important to note that refusing vaccines puts parents at risk of sin, because they knowingly fail to protect their children from diseases that may maim or harm others.  I’m not a theologian, but I imagine that if your unvaccinated children were responsible for exposing a baby to pertussis, and that baby later died, the act of failing to provide protection would be sinful.

Furthermore, rubella and varicella (chicken pox) can cause birth defects when a mother is exposed during pregnancy. Congenital Rubella Syndrome is particularly dangerous and debilitating. Before the vaccine, exposure to rubella caused mothers to seek out abortion.  One could argue, therefore, that vaccinating your children prevents abortion. Finally, more than a few religious organizations that are pro-life also provide vaccines as part of their mission work.

When it comes to sin and law, Jesus was a “big picture” guy, his focus on charitable intentions and whether one’s action leads to more good results than bad. For example, when he noticed the Pharisees hanging around, eager to accuse him of healing on the Sabbath, Jesus said, “Is it lawful on the Sabbath to do good or to do harm, to save life or to kill?” (Mark 3:1-6). And of course, he defined the law broadly, citing love of God and neighbor as the greatest commandment and the ultimate summary of the Law and the Prophets. (Matthew 22:36-40)

The public health benefit of widespread vaccinations—the benefit to our neighbors, globally and here in the U.S.—is clear. While some children have health concerns that make vaccines too risky, for most families, vaccinating children is a way to love our neighbors (including those children for whom vaccination is too risky) by contributing to herd immunity against deadly illnesses. Using the “fetal cell” argument in support of a religious exemption to vaccines isn’t an example of bravely standing up for one’s faith. Rather, it’s a kind of blasphemy in which people distort facts and then slap a “Christian” label on their opinions. Claiming that my choice not to vaccinate my children is “personal” is not a Christian claim; it’s an American one, rooted in an individualism that contrasts sharply with the community- and neighbor-focused ethic of Jesus. Unlike other parenting choices that are truly best left up to individual parents, the choice to vaccinate or not affects the well-being of the “least of these”—the very young, the very old, the sick. Jesus had plenty to say about how our treatment of the vulnerable ought to reflect our love of him.

For a load of data on exemptions and how they affect vaccination rates, check out this article from Mother Jones.

Author’s Note: A reader sent me an email (disagreeing with something I said in one of the comments below), in which she also said that “someone” told her that I have removed any comments disagreeing with my opinion. I have not deleted any comments on this post. I delete comments rarely, and then only if they violate my comment policy in obvious ways (such as by using derogatory language toward me or another commenter, or spreading false information).

February 17, 2014
Why Do Parents Choose to Screen for Disabilities?
Next Post

'The redeeming effects of the Christian...
slacktivist
Related posts from Ellen Painter Dollar