I love a good year-end Top Whatever list. I posted my top 10 blog posts of the year yesterday—an encouraging and educational exercise that reminds me that yes, people do read what I write (some of it anyway) and reveals which topics tend to engage readers the most. Today, though, I’d like to move the spotlight off of my own work and onto that of other writers. To compile this list, I went through my Twitter feed for 2014, as that’s where I link to other people’s work. As I scrolled through my 2014 tweets, these are the posts for which I had immediate recall because they were so wise, moving, funny, or all of the above. Nearly all of my favorite posts were written by friends and colleagues whose work I particularly admire, and for several of those colleagues, I selected more than one post. While I hope you click through to read these posts, I also hope you’ll continue to follow these writers as they produce new work. I have no doubt that much of what they write in the coming year will make my “best of 2015” list. 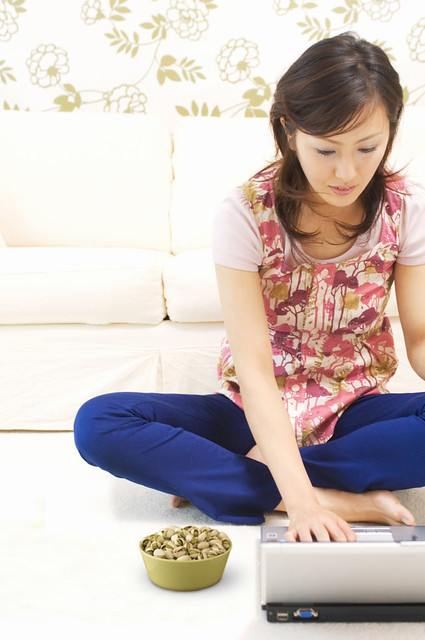 From Rachel Marie Stone: Rachel previously blogged for the Religion News Service and is currently a fellow contributor to the Patheos Progressive Christian Channel. She also writes regularly for OnFaith, Her.meneutics, the Englewood Review of Books, and more. She is also a dear friend. I love just about everything Rachel writes, but chose these three 2014 publications as good representatives of her talents and her passions.

Slow Reading: A Story – Rachel told this story aloud at the Festival of Faith and Writing. Afterward, it was published in the Englewood Review of Books on April 18, 2014.

The Birth Control Debate We Shouldn’t Be Having – Published at OnFaith, July 7, 2014.

From Jessica Griffith: I have gushed about Jessica’s work on my blog before, specifically about Love and Salt, the book she co-authored with Amy Andrews. Her writing is so much more introspective and poetic than what is published on most blogs (including mine) that it feels like a misnomer to call these lovely bits of prose “blog posts.” I’ll just call them beautiful. And wise. And very worth your time.

From Jana Riess:  Jana Riess served as editor for my book No Easy Choice, which is the most significant stroke of good fortune in my writing career to date. Jana has written several books (including Flunking Sainthood and The Twible) and blogs for Religion News Service about pop culture, Mormonism, current events, and more. But the posts I love the most feature her dog, Onyx.

A Dog of Sorrows, and Acquainted with Grief – Published at Religion News Service, February 14, 2014

From Sherrie Lowly and Amy Julia Becker: I frequently link to Amy Julia’s work here and on Twitter, because she and I cover many of the same topics, particularly disability and family. Amy Julia has hosted a guest column for several years called “Perfectly Human,” which features reflections from people living with a disability (their own or that of a loved one), with a focus on finding common human ground with those who do not live with disability. In April, a mutual friend, Sherrie Lowly, wrote about caring for her daughter, Temma.

Parenting a Child Who Is Profoundly Other – Published on Amy Julia’s blog at ChristianityToday.com, April 22, 2014.

From Alison Hodgson: Alison writes for Houzz.com, a web site dedicated to home design and furnishing. But Alison writes more about the daily grind of household management, particularly with kids, than about countertop materials or architectural flow. Her Houzz posts are always practical, witty, and genuinely helpful. I’ve chosen one to feature, but they are all equally worthy. Alison’s talents are not limited to writing about home life, though, and I will be gushing about her upcoming spiritual memoir (which features her pug, Oliver, at the center of a story about family, grief, and healing) when it comes out later in 2015.

From Caryn Rivadeneira: Caryn is one of the most prolific writers I know. And she produces all this wonderful writing (several books plus regular stints writing for Her.meneutics, Think Christian, Relevant, etc. etc.) while also working several other jobs. Her work ethic is something to behold, as is her prose. This year, Caryn released her latest book Broke: What Financial Desperation Revealed About God’s Abundance, which meant she also wrote a number of articles and posts about money, poverty, and financial struggles. My favorite was this one, about how quick we are to judge whether someone is really poor, is really worthy of our compassion and help—and about how Christians are called to show compassion first and ask questions later (or sometimes, never).

From Laura Ortberg Turner: A few months ago, OnFaith launched an advice column featuring Laura in the “Dear Abby”- like role. Laura’s advice is always wonderful—gracious, smart, funny. This column, in which she responded to a 20-something figuring out how to do what he/she loves while also paying the bills, was my favorite. Laura’s advice is practical and realistic while still gentle and inspiring. I needed this advice when I was 20-something, and honestly, I still need it now. Reading Laura’s advice to questioning readers has become a favorite weekly ritual.

From Timothy King: For several weeks in October, we were all talking and writing about Brittany Maynard’s decision to take a lethal dose of medication rather than wait for a brain tumor to kill her. Questions around assisted suicide, illness, suffering, and medical care were on everyone’s radar. People had a lot to say, including me; my most-read blog post from 2014 was about Ms. Maynard and assisted suicide. I read a lot of wise and helpful thoughts about these difficult subjects, and I read even more shallow and unhelpful thoughts. The best thing I read was this column from Tim King at Sojourners, written five days after Ms. Maynard’s death, in which he outlined four ideas with which Christians must continue to grapple when we’re talking about assisted suicide, or suffering, illness, and death in general.

From Katherine Willis Pershey: In the past year or so, the primary focus of my own writing has shifted a bit, from genetics and reproductive technology (the subject of my book No Easy Choice) to a wider focus on what it means to be an embodied person living in a material world and worshipping a God who was also embodied. I’m thinking and writing about incarnation, in other words, in its many forms. Katherine Willis Pershey’s article for the most recent issue of the Christian Century is a wise and beautiful exploration of incarnation, looking particularly at having a body in pain and worshipping a God who knew excruciating pain on the cross.

Hope for Hurting Bodies – Featured in the Christian Century, January 7, 2015

From Sarah Miller for the New Yorker: Here’s a little nugget of satire for my fellow parents weary of being told that the latest study proves you’re doing it all wrong. (Salty language alert.)

I hope at least one of this posts or writers provides you with some good reading as this year draws to a close. Did you read anything particularly good in 2014? Let us know in the comments below!

January 20, 2015 Surviving January with Help from the Danes, the Japanese, and Jesus
Recent Comments
0 | Leave a Comment
Browse Our Archives
get the latest from
Ellen Painter Dollar
Sign up for our newsletter
POPULAR AT PATHEOS Progressive Christian
1