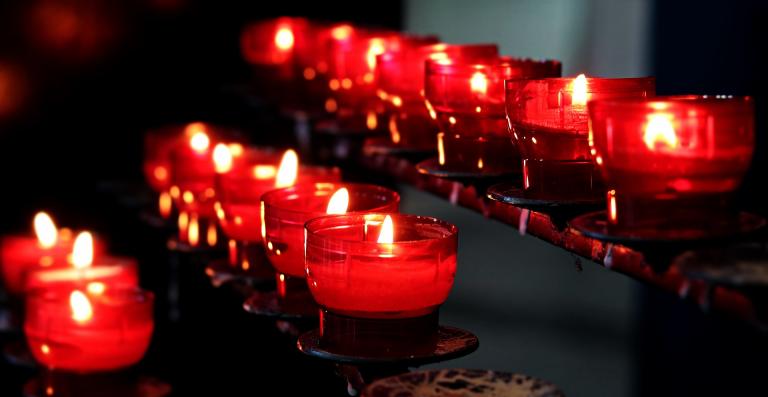 This is Part 6 of my ‘Faith In The Fog’ series on my experiences with doubt, skepticism, mental health and forging a different kind of faith.

I grew up immersed in evangelical Christianity, and yet never considered myself to be religious.

Religion seemed such a dry word; my faith in Jesus was so much more exciting, relational and all-encompassing than that. Church was the centre of my teenage world, but Religious Studies was my least favourite subject at school (besides competitive sports, obviously). These were the days before the fog. I could explain matters of eternal consequence with the same confidence and clarity with which I could recite my times tables. My faith wasn’t just a set of empty rules I had to follow, it was everything. It was true.

This aversion to ‘religion’ carried on well into my twenties. I suppose I was resisting the popular perception of religion as strict, out-dated and irrelevant, and attempting to disassociate myself from the violence and abuse that dominated religion in the media.

But on reflection, I was also somewhat arrogantly implying that religion was something other people did. Other faith traditions, other denominations within Christianity. What we had wasn’t ‘religion’, it was the Truth. The real deal. The fact that we met every Sunday, had a creed, read predominantly from the NIV and sung the same handful of songs most weeks was beside the point.

In recent years I’ve had a few major shifts in how I think about religion, which have had a profound impact on how I relate to my own faith and that of others. At the time they felt like mini-revelations:

Mini-Revelation No.1: Religion is a human construct

There have been moments in history where humans have experienced something so far beyond their existing understanding of the world that it transformed their lives. These events, whether we believe them to have been divinely initiated or imagined by human brains, sparked a human response with the intent of preserving the memory and the impact of these transcendent experiences, and allowing others to participate in them.

This, I think, is essentially what religion is: a set of traditions, metaphors and practices that develop over time, offering people a means of encountering the divine. Religion attempts to describe the indescribable, so while it may be based upon truth, it is a truth that humans can never fully comprehend. Religion is a tool – it is useful, but has its limits. It is not God itself, but it can signpost us into the fog of divine mystery.

Mini-Revelation No.2: Religion isn’t the problem, human nature is

I don’t think religion itself is a good or a bad thing. It’s just a thing. A human thing, which means it’s bound to reflect the wonderful creativity and wild diversity of human culture. On the flip side, it’s also bound to sometimes reflect the darker side of human nature: our tendency to twist and exploit things for our own gain.

Abuse of power is bad. Authoritarianism is bad. Empty ritualism for the sake of it, without the heart behind it, is bad.

But saying all religion is bad is a little bit like saying we should burn all books.

Mini-Revelation No.3: We need structure and ritual to be healthy

The version of Christianity I was handed had a tendency to look down upon religious tradition and ritual as if they were shackles we had been emancipated from. Our worship was free, responsive, creative and spontaneous (i.e. meticulously planned); we felt we had ditched ‘religion’ in favour of ‘relationship’. In reality, we had ditched one set of traditions and rituals for another.

We humans crave routines and rituals. They form the rhythm of our daily existence, and give us a foundation to build our lives upon. Without them we can easily find ourselves adrift.

That said, when the rituals lose their meaning, it might be time to ditch them and find new ones. The rituals themselves aren’t the point, but like well-trodden stepping stones across a river, they can provide a path.

It’s probably a bit idealistic, but I like the idea that all major world religions are like winding mountain paths all converging at the summit. I also like the analogy of every major world religion being like a blind man describing a different part of an elephant. Just because they look and sound quite different doesn’t mean they’re not all, at their core, describing the same thing.

I used to reject these ideas because I believed that Christianity left no room for other ways of thinking. I don’t believe this anymore, and I have also seen enough of the darker sides of Christianity that I would feel like a hypocrite pointing out the faults in other religions.

Oddly enough, all of this has actually made me feel more proud of my Christian heritage and its millennia-old stories and traditions. I can soak up its wisdom, participate in its sacraments and embrace the richness of its language, whilst knowing that I am not enslaved to it. I can hold these traditions lightly, and can let them go any time they cease to be useful.

Religion can point us to God, but religion itself is not God. It’s there to serve humanity, not the other way around.

September 21, 2017
Faith in the Fog: On Losing Beliefs and Finding God
Next Post 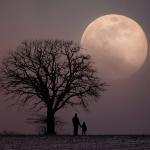