People: not as nice as they think they are 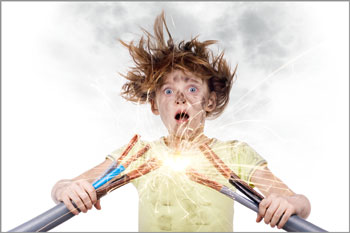 A lot of experiments comparing religious and non-religious people go something like this: give the study subjects an imaginary scenario, ask them some questions about how they would react, and then ask them about their religious beliefs.

All well and good, except that it’s well known that we are not terribly good judges of our own behaviour. Most of us look at our own deeds through rose-tinted glasses – we tend to think that we’re kinder, more trustworthy, more intelligent and braver than we actually are.

Just how far divorced from reality we are was shown recently in an elegant study by Oriel Feldmanhall, a PhD candidate at the MRC Cognition and Brain Sciences Unit at Cambridge University, England. She’s just presented the research at the Annual Meeting of the Cognitive Neuroscience Society in San Francisco, California.

Basically, she studied two groups of people. The first group she asked them to imagine a scenario where they would get paid a small sum to deliver painful but harmless electric shocks. 64% said they would never deliver a shock, and on average the participants would only deliver enough shocks to earn a paltry £4.

The second group got the real deal. They actually administered the shocks, and saw the response on video (they were in an MRI scanner at the time). This time, a massive 96% of participants administered shocks. Those who saw video of the grimacing faces of their victims pocketed £11.55. Those who were spared that and only saw the hands walked away with a cool £15.77.

Brains scans vividly illuminated the emotional turmoil going on in the subjects who participated in the real experiment. They had a lot of activity in their insula, a deep, primitive part of the brain thought to be linked to moral intuition. People who did the pen-and-paper, hypothetical version had no such turmoil.

So, does this mean that we should throw away all those pen-and-paper and survey-based studies of religion. Well no – they still tell us something. It’s just not entirely clear what they are telling us!

This article by Tom Rees was first published on Epiphenom. It is licensed under Creative Commons.
Previous Post