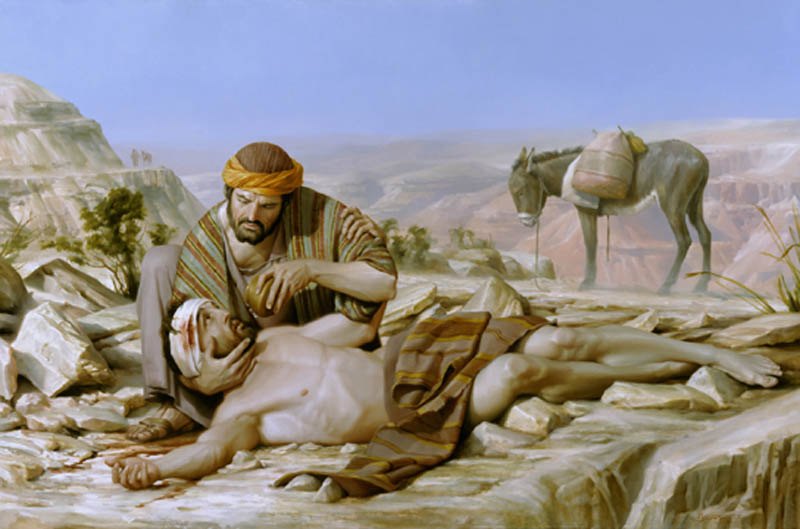 The parable of the good Samaritan is an entrancing one for psychologists interested in religion. The parable espouses the virtue of helping anyone in need – including strangers. Since Christians are taught that this virtue is a key part of their religion, you might expect that the more religious people might be more likely to help strangers.

There’s a problem though. Religion can mean many different things, and in particular one kind of religion, commonly known as ‘fundamentalism’, is strongly linked to another trait known as ‘right-wing authoritarianism’. Perhaps this is distorting the picture. If only we could tease out ordinary religion from fundamentalism, then the pro-social effects of religion might shine through.

That’s the challenge taken up by one of my favourite psychologists of religion, Vassilis Saroglou at the Université catholique de Louvain. Along with his colleague Joanna Blogowska, he quizzed Polish students about their religious beliefs (how important religion was in their life, how often they prayed, etc) and their fundamentalist beliefs (whether the Bible is literally true, etc). They also asked about their ‘Right Wing Authoritarian” attitudes (“Our country desperately needs a mighty leader who will do what has to be done to destroy the radical new ways and sinfulness that are ruining us”).

Before asking about their beliefs, however, they put a scenario to them:

…participants read a short text presenting the case of a female student who participates in many after-class activities as well as prepares for her exams. After having fallen asleep on a bus, she was robbed of her bag containing all of her books and notes. As a consequence, she cannot successfully prepare for one of the exams, and in spite of her explanations to the professor, she fails

For half the participants, the female student was described as being a feminist.

So, do you feel sorry for the student? Would you be willing to help her? Is what happened her fault, and something that will teach her a lesson? They asked 12 questions along these lines, and used them to measure how prosocial the participants were.

Right-wing authoritarianism, on the other hand, had no effect on willingness to help, regardless of whether or not the girl was described as a feminist.

These results extend to fundamentalism the findings of previous research showing that religious people’s prosociality exists but is limited and does not extend to targets who threaten their values such as homosexuals (Batson et al. 1999), sexually promiscuous people (Mak and Tsang 2008), and foreigners (Pichon and Saroglou 2009).

However, RF differed from religiosity and paralleled RWA by showing negative attitudes in emotions attributed to the feminist target. This finding is in line with the idea that RF, like authoritarianism, implies prejudice towards outgroup members.

Right-wing authoritarianism had no effect on willingness to help a friend but, unsurprisingly, such people were actually less likely to help strangers than liberals.

Blogowska and Saroglou also found another interesting gem. They asked their students straight out whether they practised universal love – whether they were willing to help all people, regardless of who they were. Of course, both the ordinary religious and the fundamentalists were more likely to say that they did.

Even though they had just given the game away in the answers they gave just moments before!