A general-purpose “need to belong” drives belief in God 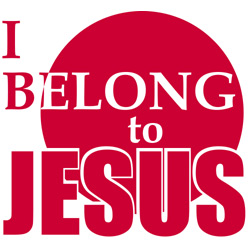 There’s an element of Western religion that’s clearly linked in some fundamental way to the fundamental human drive to be accepted and to ‘belong’ to your group. Teasing out what that is is actually harder than you might think.

Jochen Gebauer, at Humboldt University in Berlin, and Gregory Maio, at Cardiff University in Wales, have just published one of the most interesting studies into this that I’ve seen.

What they did was to get a bunch of Welsh students and subtly manipulate the strength of their belief in God. They did this by asking them to read a cleverly faked research article on the discovery of a “Theory of Everything”, which concluded in one of two different ways.

Before that, they had already asked the students about their views of God. They were all asked to say whether they thought God is accepting or rejecting, and controlling or not controlling – regardless of whether or not they actually believed in God.

After the study, they asked the students about the strengths of their actual belief (or lack of) in God.

What happened was that those students who read the ‘no evidence for God’ article reported similar levels of belief regardless of their image of God. So these students are a kind of reference point.

Now, this could suggest that belief in god is stimulated by a need to be accepted, and that an image of God as rejecting actively drives some people away from belief. But there could be all sorts of other things going on here. More evidence is needed.

And that extra evidence comes in the second study. Hold on to your hats, because here’s where it starts to get complicated!

The second study was basically the same as the first, but this time they asked half the students to first spend a couple of minutes thinking about someone who “lives in your neighbourhood, but you do not know well”. The other half were asked to think about someone who “accepts and loves you and helps you in times of need”. The idea was that the second group would be reminded that they were already loved and accepted, and so their need to belong would be reduced.

For the first group, who thought about a person they didn’t know too well, the results were the same as the first study.

In the second group, the results were dramatically different. This time, reading the article had no effect on their level of belief in God.

They did a couple of other studies, one showing that people who were subtly made to think that God is rejecting subsequently went on to report lower levels of belief, and also were less inclined to go to Church. And their final study showed that believers are quite aware of this motivation – the need to belong – as a part of their rationale for their beliefs.

What makes this study so interesting is that it shows not only that belief in God can make you feel loved and accepted, but that it is a direct substitute for human love and acceptance.

In other words, belief isn’t driven by some specific need to ‘belong’ to and be accepted by a god-figure. It’s a general purpose need, which can be filled (if otherwise vacant) by God. [The researchers are careful to point out that there are a lot of other factors involved in motivating religious belief and non-belief, of course.]

But of course, going to Church also satisfies your need to belong. Can it actually decrease belief in God?

I don’t know about that – it would be pretty hard to tease out from all the other effects going on. But one thing seems likely. This new research helps to explain why countries with the highest social capital also have the lowest levels of belief.