In January this year, Tunisia kick-started the Arab spring when President Ben Ali was forced into exile. Tunisia had a happier experience than neighbouring Libya, and presidential elections are expected to take place this summer. 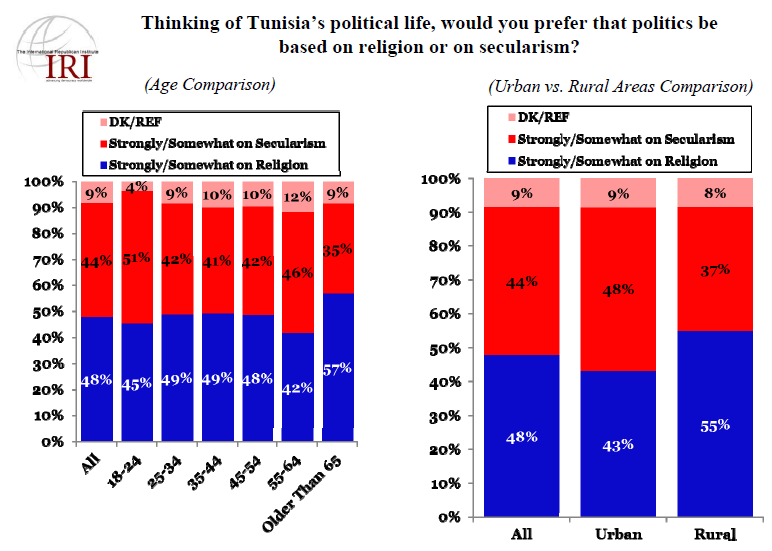 But what kind of president will they elect? In neighbouring Algeria the first free elections, held in 1991, returned an Islamist government with 47% of the vote. That was enough for the Islamists to gain more than two-thirds of the seats, which would have allowed them to change the constitution to create a permanent Islamic state. Instead it triggered a military coup and a 20-year civil war.

A US Polling Company has just conducted a detailed opinion poll in Tunisia, and the results suggest a similar split.

The nation seems to be pretty split among those who would prefer a religious or a secular government, and this split holds across all ages. According to a March opinion poll, the Islamist Renaissance party is currently the leading party, with 29% support.

Tunisia may be in for a bumpy ride!

April 12, 2011
A general-purpose "need to belong" drives belief in God
Next Post

April 19, 2011 European Christians don't want government to reduce income inequality
Recent Comments
0 | Leave a Comment
Browse Our Archives
get the latest from
Nonreligious
Sign up for our newsletter
POPULAR AT PATHEOS Nonreligious
1