In Toronto, Christian students are most likely to have unprotected sex 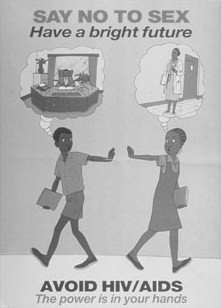 So, Christians aren’t supposed to have sex before marriage (well depending on the variant of God they follow, of course). Just to be sure of it, they have an invisible policeman in the sky watching them at all times to make sure they don’t deviate. On the other hand, Christian parents aren’t so hot on teaching safe sex. Mash that up with university, when kids get let off the leash, and what happens? Well Trevor Hart at Ryerson University and a bunch of psychologists from the University of Toronto set out to find out.

Well, to be precise, what they really wanted to do was to separate out ethnicity and religion. The two are quite closely linked, especially in a multi-cultural place like Toronto. It’s known that different ethnicities vary in their attitudes to sex, but perhaps it’s really religion that’s the deciding factor?

So anyway let’s dig into the data. They quizzed 666 university students, most of them (nearly 80%) women, about their love lives. As you might expect, the atheists and agnostics were the most sexually active, followed by Christians and Jews, with Muslims and ‘Eastern religions’ (they didn’t have many Buddhists, Hindus or Sikhs, so they lumped them all in together.

As far as unprotected sex (i.e. without a condom) goes, well it showed roughly the same pattern – except that the non-religious students ranked about the same as Christians and Jews.

However, all that doesn’t take into account ethnicity, or indeed other factors like whether the students were in a relationship (and whether it was long term), whether they knew about HIV and that condoms reduce transmission. Throwing all this into the analysis gave some clear results.

Firstly, ethnicity isn’t important. Taking all the other factors into account, Whites, Blacks, Asians, and Middle Easterns are all just as likely to have unprotected sex.

What did matter was religion. Christianity, and especially Catholicism, was the biggest risk factor. Atheism too, but to a much lesser extent. Jews, Muslims and ‘Eastern religions’ were all similarly safe.

Part of the reason for this is that Muslim students and those of Eastern religions just don’t really fornicate much. When they restricted the analysis just to those students who were sexually active, then they found that Christians were about twice as likely as the non-religious to have unprotected sex.

So what this study shows is that religion does actually seem to stop kids from having unprotected sex by scaring them off sex altogether – but only for Eastern religions and for Muslims.

Christian kids are trapped, however. They live and participate in a liberal, permissive society, but their upbringing doesn’t prepare them for it. As a result, they are placed at high risk for unsafe sex.

October 12, 2011
For atheists, the dead can live - but only if there's no corpse
Next Post