A lot of people have an opinion on this question. I don’t. So I conducted a series of interviews on it which led to a hot blogospheric exchange between academic specialists in gender studies, and Evangelical Christians who have taken charge of much of America’s recent surge in the battle against the trade of human beings for sex and forced labor. At the end of this post, I have a new question for all of you.

I originally spoke with Yvonne Zimmerman, a professor of Christian Ethics at Methodist Theological School in Ohio, about her new book, Other Dreams of Freedom, published by Oxford University Press. It’s a critique of the way that both NGOs and government bodies in the US are trying to tackle the problem of human trafficking. Well, I’m not sure that critique is the right word; that suggests that she was disapproving of their methods, which is going a bit far as a characterization of her argumentation. Her root message is, I’d say, that American anti-trafficking efforts are based in an old, established Protestant theology that leads to certain behaviors that don’t conform to best-practice standards in anti-trafficking efforts.

“In and through the Protestant reformation, theology has a particular way of connecting morality to sex and freedom. It’s not to say that this doesn’t show up in forms that are not Protestant, but that’s particular lineage I am tracing. And this shows up and undergirds quite a bit of US-American cultural, religious, social, and political sensibilities. And I think human trafficking policy is a really powerful case in point of how this happens….

So in that sense, they would think about it in terms of spiritual interventions as well, and prayer is the one thing you couldn’t do without. You could do without adequate training, but not prayer. As a religious organization, I do affirm their right to hold that as a belief. My concern is when they are receiving federal funds. I don’t think prayer is among the recognized best practices for fighting human trafficking.”

Evangelical bloggers immediately took aim at Zimmerman’s comments. There seems to be a very large gap between the discourse that’s happening in certain academic circles around this issue, and what the NGOs and government agencies are saying. These people don’t always seem like they’re talking to each other, so much as at each other. The discourse isn’t really mean spirited or bullyish; at times it’s pretty funny. It almost feels as if the two sides are speaking different languages. Tim Dalrymple, a very articulate Evangelical writer (and, I should say, by full disclosure, good friend of mine from college) picked out in particular Zimmerman’s intimation that these anti-trafficking efforts could be called “colonialist”.

“…evangelicals are committed to rescuing the sex-trafficked not because they disapprove of the sex workers’ activities but because they feel compassion for the little girls (and sometimes boys) who are raped for profit. To call this “colonialism” in another form may make for a passing dissertation but honestly it’s the kind of nonsense I fled academia to escape.”

“yes, our motives probably are mixed as motives generally are. It is true, I know it is true, that thousands of the boys in blue who died to end slavery had mixed motives. Examine the Iron Brigade that died in hundreds and racist views would crop up. Even Mr. Lincoln had mixed motives for becoming the Great Emancipator…

I oppose all sex outside of marriage between a man and a woman as immoral. I view human dignity as grounded in the Image of God found in each person.

Those are two of my motives for opposing sex trafficking and slavery. One view is found offensive and the other false by the majority of academics. The prostitute delivered from slavery, fed, and sent to school by Evangelicals will be able to criticize us later if she pleases in learned papers.”

And Evangelical writer Derek Rishmawy made further fun of the “colonialist” label:

“While it is right and good for Evangelicals to expand their focus and work against trafficking and injustice in all of its forms, they have nothing to be ashamed of in the fight against sex-trafficking. If that’s “colonialism”, then it’s the holy colonialism of God at work through his people.”

Laura Augustin, who wrote a book already a decade ago criticizing anti-trafficking efforts, then came to Zimmerman’s defense. She unabashedly called “colonialist” what the NGOs and the government are doing.

“Welcome to the White Man’s Burden, shamelessly justified all over again, where the idea of colonialism is treated like a joke – or ‘joke’, Reynolds used a flagrantly racist image

owing a dark-skinned and/or dirty man handling an innocent white child. The shot is one of several someone created for campaigning purposes – whether they understood the inherent racism I don’t know.”

Augustin then quoted Zimmerman to explain her point that Protestant ethics shouldn’t be the only set of guiding principles in anti-trafficking.

Protesantism infuses and shapes much American culture and moral sensibility, including the connections between sex, freedom and morality. My analysis of the theological sources clarifies why Americans are so quick to see commercial sex to be inherently degrading and immoral. The book discusses the unintended consequences of using a single religious perspective to build foreign policy in a multi-religious world.

Morgan Guyton, a United Methodist Pastor, then wrote an intricate piece analyzing the problem of  missed connections in the discourse between the Evangelical field-workers and the academics.

This whole exchange offers an important illustration in how we mishear each other in blogosphere discourse. What if Zimmerman’s objective isn’t to stick it to Louie Giglio and his friends in the anti-trafficking movement? What if it’s not to dismiss but to say “Yes and…”? To what degree can we take Zimmerman at her own word?

In a situation in which we’re taking religious freedom seriously, and in a multi-religious public, Protestants can be one voice, but they’re not the only, defining, or dominant voice. I want to open the space for alternatives – to make the case for those who have been dominating the conversation to do more listening.

To a certain mindset, this paragraph is peppered with eye-rolling “celebrate diversity” buzz-words: alternatives, listening, etc. It sounds like the language that Brian McLaren and all those emergent hippies use. But I’m not sure these considerations should be written off so easily because of a need to say, ” !@#$%^&*! I’m tired of all these morally relativistic people not calling a spade a spade. This issue is black and white if there ever was an issue that was!”

For the last two years, we have had our church mission teams read an excellent book called Cross-Cultural Servanthood by Duane Elmer. Elmer is very much an evangelical. He wants the people he serves to know Jesus and he takes great pains to assert against potential conservative critics that “listening” and studying the culture and local circumstances of people whom we serve in mission is not a call to embrace religious pluralism. But his point which I very much agree with is that the best evangelism starts with listening. What if the insights of trafficking victims can provide useful changes to the policies of anti-trafficking organization? It doesn’t seem very Christlike for a blogger to say, “How dare you?” to this suggestion because of his own polemical axe to grind with feminist academia.

This debate went on through comments and comments on all these various blogs, and as it continued, I realized that the writing was, in fact, becoming more articulate and intelligent. Although I don’t have a strong opinion on who’s right, there is probably a space between them in which the field-workers take a bit of pause before viscerally attacking the word “colonialism” — and one in which academics get a better sense of what’s going on the ground.  Five years ago the United Nations asked people for proposals for best practices, particularly in the field of trafficking of women and children. Here are the topics that they asked for creative ideas on:

• Prevention (working with potential victims and their communities)

• Prosecution of offenders including:

So here’s a question for everyone —  Evangelicals, academics, and the rest — that might really produce some constructive results:

Could you flesh out how you already (or propose how you wish to) handle the aspects of anti-trafficking efforts listed above?

Certain people have already tried to answer this question in one way or another — like Claude d’Estrée, a Buddhist “Old-time Fiery Abolitionist” who works both at the academic level and “on the ground”. His ideas might inspire your own responses.

May 17, 2014
Why We Can’t Blame Sexual Assault on the Sexual Revolution
Next Post 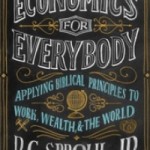