Unity and Diversity in NT Christology

A great quote from Bob Gundry on NT Christology:

‘New Testament interpretations of Jesus’ person and work exhibit diversity, then, a diversity prompted by varying circumstances – political, social, economic, ethnic, education, religious. To be sure, NT Christologies were not wholly determined by such circumstances, as though the figure of Jesus were made of Silly Putty which the NT authors molded into whatever shape they thought was required by their varying circumstances. Certain brute facts and accepted traditions about him provided both a skeleton with which to work and parameters within which to work … Different parts of the NT give us different Christologies – not completely different from one another but clearly different, sometimes disconcertingly different, and certainly far more different from one another than has usually been though in the church of world at large.’ 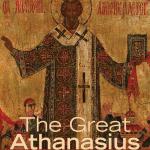 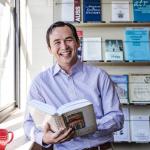 April 18, 2019 The Interdisciplinary Scholar
Recent Comments
0 | Leave a Comment
"nice"
Marty Christ as “Firstborn”
"Excellent commentary!"
the old scribe Christ as “Firstborn”
"Seriously? People actually spend time on this sort of claptrap? And get paid for it? ..."
Gerald Arcuri A New Look at Paul, Masculinity, ..."
"Jesus changed me and transformed my life, praise God."
Carlos Santiago On Jesus Christ as Jesus THE ..."
Browse Our Archives
get the latest from
Euangelion
Sign up for our newsletter
POPULAR AT PATHEOS Evangelical
1

Why Churches Go Woke: They Deny...
The Chorus In The Chaos
Books by This Author Books by Mike Bird

Panpsychism and the Scientific Search for Consciousness
Scientists are finding it impossible to find a physical cause for consciousness....
view all Evangelical blogs
What Are Your Thoughts?leave a comment
Copyright 2008-2021, Patheos. All rights reserved.