“Drawing Down: How to Roll Back Police Militarization in America”: Radley Balko

…Today in America, SWAT teams are deployed about 100 to 150 times per day, or about 50,000 times per year — a dramatic increase from the 3,000 or so annual deployments in the early 1980s, or the few hundred in the 1970s. The vast majority of today’s deployments are to serve search warrants for drug crimes. But the use of SWAT tactics to enforce regulatory law also appears to be rising. This month, for example, a SWAT team raided the Garden of Eden, a sustainable growth farm in Arlington, Texas, supposedly to look for marijuana. The police found no pot, however, and the real intent of the raid appears to have been for code enforcement, as the officers came armed with an inspection notice for nuisance abatement.

Where these teams were once used only in emergency situations, they’re used today mostly as an investigative tool against people merely suspected of crimes. In many police agencies, paramilitary tactics have become the first option, where they once were the last.

“It’s really about a lack of imagination and a lack of creativity,” says Norm Stamper, a retired cop who served as police chief of Seattle from 1994 to 2000. “When your answer to every problem is more force, it shows that you haven’t been taught and trained to consider other options.”

Why can’t drug suspects be arrested the way Bulger was — with as little violence and confrontation as possible? One big reason is a lack of resources. Many police agencies serve several drug warrants per week. Some serve several per day. They simply don’t have the time or personnel to come up with a Bulger-like plan for each one. It’s quicker and easier for the police to use overwhelming force.

“There are just too many of these cases,” says Joe Key, a longtime cop who served in the Baltimore police department from 1971 to 1995 and started the department’s SWAT team.

Key adds that another reason police don’t want to set up a perimeter and allow drug suspects to surrender peacefully is that it would give them an opportunity to destroy evidence. That, of course, means that, perversely, genuinely violent suspects are treated less harshly than people suspected of nonviolent crimes.

“Someone might say that’s an indication that we need to reconsider these drug laws,” Key says. “But that’s a whole different argument.”

Add to all of this a Pentagon program that gives surplus military equipment to local police agencies, a Department of Homeland Security program that cuts checks to police departments to buy yet more military gear, and federal grants specifically tied to drug policing and asset forfeiture policies, both of which reward police officials who send their SWAT teams on drug raids, and it isn’t difficult to see how we reached the point where SWAT teams are deployed so frequently.

The question is, how could the U.S. roll all of this back? I interviewed numerous former police chiefs, police officers and federal officials, all of whom were concerned about the militarization of America’s police forces. Here are some of their suggestions for reform:

August 19, 2013 From Robert Stone, "Children of Light"
Browse Our Archives
Follow Us! 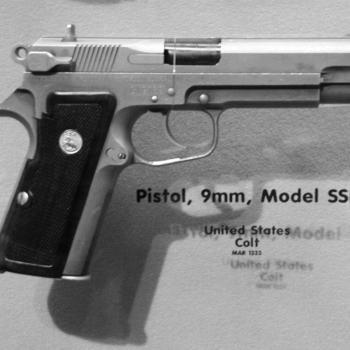 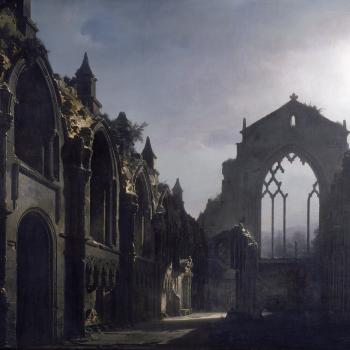 Catholic
From "The Leopard" to "Sword of Honour," part...
Eve Tushnet

Catholic
So Far from God, So Close to "Miami...
Eve Tushnet
TRENDING AT PATHEOS Catholic