“I Want a Fur Coat and a Villa and a Cat”

new book on 20th-c changes in English marriage ideals pushes back against my Weekly Standard piece:

The longing for a home of one’s own was all-encompassing. As one commentator explained, “Where almost everything else is ruled from outside, is chancy and likely to knock you down when you least expect it, the home is yours and real.” Those who idealise long-lost working-class communities forget how many people married to escape their parents. David Kynaston, in his recent book Modernity Britain, notes that an attraction of postwar new towns such as Stevenage was their distance from the London slums, where mothers monitored the emotional lives of their daughters and sons and enforced stifling family traditions. He cites the BBC producer Leonard Cottrell’s assessment of the relief felt by working-class wives at putting 30 miles between themselves and “‘Mum’ . . . with her aboriginal warmth, her glutinous, devouring affection. Young wives who had been dominated throughout childhood . . . by these stupid, arrogant, self-pitying matriarchs have suddenly found that they can do without them.”

August 30, 2013
Friday Links: Wal-Mart, Letter to My Freshman Self, Kitchen Tricks, And Much More
Next Post

September 2, 2013 "Demons in Exile": Marc Maron on Addiction
Browse Our Archives
get the latest updates from
Eve Tushnet
and the Patheos
Catholic
Channel
POPULAR AT PATHEOS Catholic
1

Catholic
A Lie Is a Wish Your Heart Makes:...
Eve Tushnet 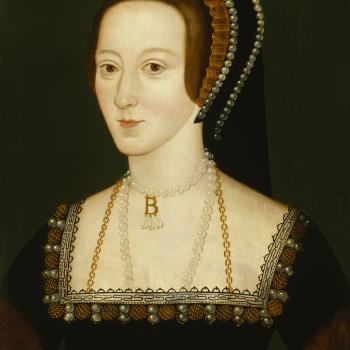 Intergenerational Interdependence is a Blessing Not a Curse
From my reading this morning: 10 Do not glorify yourself by dishonoring your...
view all Catholic blogs
Copyright 2008-2021, Patheos. All rights reserved.