“Five Details They Cut from My Season of ‘The Biggest Loser'”: Cracked

well worth reading even if you have no especial interest in weight loss or shows about ditto:

…Every week on the show, you watched us exercising and working out. That’s part of the process, of course — making people healthier. But they don’t show the additional mandatory six hours or so of us furiously flailing the pounds away. They much preferred filming us right at the end of a workout, when we looked like lazy quitters for stopping so early. Even the giant scale they had us all weigh in on was fake.

And sometimes the “healthy habits” you saw on the show were no such thing: My season made a big deal of showing us all drinking our milk to prove how nutritious it was. But as soon as “cut” was yelled, the trainers made us spit it out.

more–there’s some really sad, cruel stuff in here, about abuse of power, complicity, and the conscious creation of stigma

May 19, 2014 "Every Day Is Like Sunday: Rediscovering Wilfrid Sheed's 'The Hack'"
Browse Our Archives
Related posts from Eve Tushnet 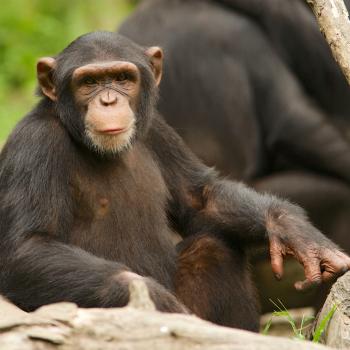 Catholic
You Don't Have to Live Like a Chimpanzee:...
Eve Tushnet