Tenn. Mother Charged with Assault for Drug Use While Pregnant: ThinkProgress

uses an unnecessarily tendentious headline, but these laws really are a bad idea, as I discussed here:

At the beginning of July, 26-year-old Mallory Loyola gave birth to a baby girl. Two days later, the state of Tennessee charged her with assault. Loyola is the first woman to be arrested under a new law in Tennessee that allows the state to criminally charge mothers for potentially causing harm to their fetuses by using drugs.

The legislation, which officially took effect about a week ago, stipulates that “a woman may be prosecuted for assault for the illegal use of a narcotic drug while pregnant, if her child is born addicted to or harmed by the narcotic drug.” However, this may not actually apply to Loyola’s case. So far, there’s no evidence the young woman either used a narcotic drug or caused harm to her newborn child.

According to local news reports, Loyola tested positive for methamphetamine and admitted that she smoked that drug several days before giving birth. Meth is not considered to be a narcotic, which is a legal class of drugs that refers to opiates like heroin and prescription painkillers. Tennessee’s new law was passed specifically in response to fears about babies being exposed to opiates in utero, something that can lead to “Neonatal Abstinence Syndrome.”

“This law was sold as if it were just about illegal narcotics. But sure enough, the first case has nothing to do with illegal narcotics — and nothing actually to do with harm to anybody,” Lynn Paltrow, the executive director of National Advocates for Pregnant Women (NAPW), one of the groups that’s firmly opposed to laws that criminalize drug use during pregnancy, told ThinkProgress. “There’s no injury. There’s just a positive drug test.”

The opposition to the new state law, which is the first of its kind in the country, isn’t driven solely by Paltrow’s group. Every major medical organization — including the American Medical Association, the American Academy of Pediatrics, the American College of Obstetricians and Gynecologists, and the American Public Health Association — has come out against efforts to arrest pregnant women who use drugs. A diverse coalition of reproductive rights and criminal justice groups in Tennessee launched a huge campaign against the proposed legislation, called “Healthcare Not Handcuffs,” to point out that threatening women with criminal charges dissuades them from coming forward to get the medical help they need.

“These punitive measures are proven to be ineffective, and yet our state chooses to waste tax dollars locking up women instead of getting them the health care they need,” Rebecca Terrell, the chair of Healthy and Free Tennessee, one of the groups involved in the opposition campaign, told ThinkProgress via email. “We are already receiving reports of women seeking out non-licensed health providers to avoid having a medical record and risking arrest. This is extremely dangerous.”

July 12, 2014 The Era of Personal Redemption: Sens Booker and Paul Take Very Small Step Forward on Criminal Justice Reform
Browse Our Archives
get the latest from
Eve Tushnet
Sign up for our newsletter
POPULAR AT PATHEOS Catholic
1

Introducing Veronica Roltgen: You're Not A...
The Shoeless Banshee: Meanderings Beyond the Pale
Related posts from Eve Tushnet

Catholic
Yea, Thou I Walk Through the Tiny Scandinavian...
Eve Tushnet 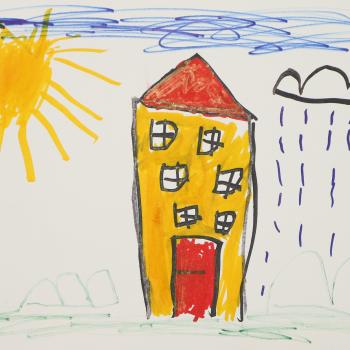 Catholic
What recovery culture can teach us about the...
Eve Tushnet
TRENDING AT PATHEOS Catholic