YES here I am with MORE about that noir procedural/Reagan tribute fanvid, that glorious neon wheel of cheese, Miami Vice. Season two ahoy!

# The back end of this season slows down considerably, and you even get the occasional bad episode (“French Twist,” “Free Verse”). On the other hand, you get a lot of fun episodes and one genuinely magnificent one (“Bushido,” see below).

For the season finale they give Tubbs a family, which obviously goes horribly for everyone involved, but it’s not written or paced with the kind of tension it needs. We do get to see the usually steely, ironic Tubbs deeply and genuinely shaken. And Philip Michael Thomas plays with a baby, in case you’re having trouble tracking your cycle.

The credits for “Back in the World” go, “directed by DON JOHNSON” and then “guest stars G. GORDON LIDDY and IMAN.” That’s a post-Vietnam disillusionment tale about a right-wing drug smuggler who shipped bad heroin out of ‘Nam inside the corpses of American soldiers. Our heroes visit a tumbledown VA hostel, where Crockett crocketts, “These guys have been misrepresented, exploited and forgotten to the max.” G. Gordon Liddy plays the militarist, Kissinger-loving villain, because irony will kill you every time.

Scuba-Diving Cop #1, surfacing: “I don’t know how fish stand this.”

# Newspaper headline notes that a druglord, just like Freddy Krueger!, was “FREED ON FLUKE.” When was the last time you saw a Hollywood villain freed on a technicality? The ’80s must’ve been a golden era of due process….

Oh speaking of this series and its conscience, the Liddy episode is impressively double-minded but as the season wears on the moral doubling fades. We still do get Crazy Cops who are meant to be funhouse mirrors for Crockett (Tubbs is more sane for whatever reason) but they turn out to be driven over the edge by the pressures of the job. That’s an explanation which is plausible but also depicts the cop as a sacrifice on the altar of order. The earlier parallels between Crockett and druglords or cracked cops (e.g. “Out Where the Buses Don’t Run”) suggested something more like, cop as secret agent of disorder. That’s harsher and sadder psychologically, as well as more acute politically (cf Hans Fallada on order as chaos).

# There’s a voodoo arcade murder. And a devote of Legba who is actually quite scary. “Your world… is as fragile… as an image made of glass.” Lots of religion in this season, coded about the way you would expect from a series with a cast far more diverse than (I’m guessing) its writers’ room: Catholicism as moral spur for her sleazy or suspect adherents; a Buddhist temple as enigmatic setting for reflection by a man who’s about to accept the violent thing he’ll have to do; voodoo (/Vodoun but I think you’ll see why I didn’t say that) as evil witchcraft; Santeria as exotic, morally-dubious but perhaps alluring witchcraft.

Oh and you know how I was harping on how we see people of lots of races in every single role except one: the basically decent person who enters the criminal world by getting in over his head? That role of the decent criminal is always played by a white person. Until “The Fix,” where we get a corrupt black judge with a gambling problem. And in this episode Crockett lays it all out for you, exactly why it’s so important that this is the one role Miami Vice reserves for the white folk: Crockett does everything in his power to rescue the judge from his bad decisions, he calls in personal favors, he puts himself on the line not for any abstract principle of justice but because he likes and feels for this judge on a personal level. He tells the judge/the viewers, “What you’ve been doing is wrong. But that doesn’t mean you’re bad.” And: “…I’ve seen a lot of people in trouble. Most of ‘em deserve it. But some of them can get back on their feet with [a little help].”

This is the situation in which you desperately need a cop to see you as a human being. After this episode it goes back to being a white role.

# “Bushido,” okay. Directed by Edward James Olmos! And it’s so taut, so suspenseful and grim and stylized. An amazing opening including Trudy as a roller-skating possibly-hooker and a cop with a snorkel rising up from beneath the sand. We get more of Castillo’s ridiculous CIA ninja background. There’s a horror-film chase through an empty house. Castillo hangs from the ceiling. Gorgeous moment where the other characters filter in from the edges of the frame to stand beside him as he stands, completely still, clad as always in black and white. A black-and-white man in a neon/pastel world.

# The freeze-frame endings. These episodes all stop right before you think they’ll stop: They give you just enough to know what’s about to happen, then freeze.

“Don’t take off your clothes.” “But it’s faster than paying bail.”

# I note that Crockett’s therapist is a target range and his date to a wedding is Tubbs.

# Crockett saw a guy shoot his former partner in the face, then “tuned him up a little.” Guy “got him a mistrial on some shaky due-process rap.” Making every case personal is what you do if you want to a) write compelling television drama or b) excuse police brutality. In the ’80s you never had to choose!

# “Little Miss Dangerous,” an impressively sleazoid noir episode in an impressively sleazoid noir show. Gorgeous neon on the rainlit streets. For once Crockett’s the good cop and Tubbs is the one who gets in way too deep with dangerous women. The scene where the boyfriend is on stage at the sex show, handcuffed to the bed, knowing the cops are in the audience watching him, is genuinely sad, perverse, and humiliating. So well-done there, Miami Vice. And here’s Trudy wearing her hooker clothes in the office again, a neon purple wig and sea-green opera gloves. Costume director Bambi Breakstone; get this woman a medal.

# After the trust-fund pirates pat down Crockett & Tubbs, their go-between snarks, “That’s the ’80s version of shaking hands.” (One of my favorite things about ’80s film/tv is how often the characters talk about living in the ’80s, e.g. Tuff Turf.)

# The car chases in “Florence Italy” are insane even by this show’s standards. Also the opening and general tenor of the episode is very much, “Look, illegal sex and illegal drugs are fun and people want them, what do you want me to do about it?” As vs. the partying in “The Dutch Oven” (I’m the kiiiiiiiiing! The king of Babylon!) which was supposed to be evil because drugs are a bad business.

I think this is the episode with the greatest kiss-off line of all time: “Why don’t you get yourself some complimentary dip?” 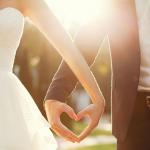 October 27, 2017 "Save Our Slums": I read Alan Moore's JERUSALEM
Browse Our Archives
Follow Us!

Catholic
If I Ran the Criterion Collection
Eve Tushnet