War of the “We Are the World”s: I read SPACE OPERA

You will know if you want to read Catherynne Valente’s new novel, Space Opera, as soon as I tell you what it’s about: Aliens force the remaining members of a washed-up glam band to perform in an intergalactic Eurovision Song Contest, with the fate of the entire Earth on the line. There are two kinds of people in this world; I’m the kind who heard “intergalactic Eurovision Song Contest” and thought YES PUT IT IN MY FACE.

Space Opera gave me most of what I wanted from its premise. I’ll forgive this book a lot–even though there’s a lot to forgive. An overly schematic summary might say, “The themes here are tough, poignant, and unexpected; the worldview is self-absorbed and intensely obnoxious; the prose style, which is basically Douglas Adams + Weetzie Bat, is perfectly matched to both the novel’s strengths and its flaws.” I was irritated with this book all the way through to the end–the very last three paragraphs are the exact kind of blah, shallow philosophasting that makes so much SF seem so intent on proving its lack of wisdom. (It’s especially painful since the bit right before that is a perfect ending! Where is this woman’s editor?!) And yet I also loved it and was charmed by it, and will probably re-read. I guess it isn’t Eurovision if you never want to throw something through the screen.

Let’s start with the prose. It takes some getting used to. Every single page has something like this: “Otozh is the most absurdly, flamboyantly, unrealistically mineral-rich planet a geologist could write down in her dream journal. Its seas are liquid gold and platinum, its mountains so stuffed with gemstones that volcanic eruptions are expected by tourists like pinatas at a billionaire’s birthday party, and any random bucket of dirt would keep a human tech manufacturer in rare earths for a decade. Over the millennia, everyone and their overbearing mother has tried to invade and loot the Utorak’s ridiculous dragon’s hoard of a world, so, unsurprisingly, they are a rather defensive, anxious, socially awkward people who have elevated military strategy well beyond art, philosophy, or science and well into an autonomic bodily process. An Utorak is physiologically incapable of sitting down to breakfast without making sure he has his bacon at a decisive disadvantage and his children arranged around him in a classic tortoise formation.”

It’s too much, there’s always one curlicue too many, and there’s something sweaty in all this talk of “a glamgrind anthem perfectly crystallizing the despair of the young enslaved by the London real estate market crossbred with the desperate futuro-cosmic hope of murdering a Martian catwalk in a satin slip while guzzling a rubbish bin full of cheap ruby port, as sung by the comet-pummeled ghost of Oscar Wilde snorting stars like meth.” On the other hand, I laughed out loud a lot, as in this encounter with a light-based species that does maintenance work: “Oh, I had a fantastic time talking to the depressive socialist moonbeam. After fifteen minutes, I actually asked it to kill me, but I was informed that would be nonunion work.”

And a lot of the best jokes get their impact from the novel’s weirder, harder themes. For a novel covered in “glitter and ganache,” this book turns out to be surprisingly interested in regret, the ridiculousness of contempt, and a gallant resignation in the face of terrific cosmic unfairness. “Regret is the waste product of the multiverse” is a brilliant concept and it pays off in a truly satisfying manner at the climax. I do think this novel indulges in too many lecturing speeches about how barbaric humankind is, look what humans did to the lions and the dodos and the Cree and the Lakota (…wait, what?), but maybe you have to feel a lot of contempt yourself in order to expose its nature so harshly. There are great moments about how aliens don’t hold in contempt the things we think they should; and moments in which they utterly fail to understand what we hold in contempt, like the hilarious bit with the computer species who can’t understand why we hate them when they’re only trying to help. The loathing any red-blooded human feels for helpers is both evoked and explored here, and I enjoyed watching Valente play on my own emotions, my own instinctive rage at how dare they! and my rueful, humiliated acknowledgment that these horrible condescending alien Lady Bountifuls were doing us a solid. There are some lovely bits here playing on the difference between false and real humility, and the degree to which the latter is fueled by self-loathing, an attitude toward which Valente is surprisingly sympathetic.

Let me go briefly back to the Cree and the Lakota, though, because there are some very creepy moments where we see the hard limits of Valente’s internal universe. Sure, every time she tries to write *~*life advice*~* it’s boring and awful, posing as edgy while actually utterly conformed to the moral consensus of the NPR tote-bag class. (If you think you know a lot about human sexual desire, but don’t think you have to know anything about human religious longing, let me suggest that the latter undercuts the credibility of the former.) Sure, when one of our heroes takes a swipe at Kanye and then later at Morrissey I start to suspect that Valente’s own aesthetics conform exactly to her politics, what if glam was correct, I can only shudder.

But what bothered me more, and what I found harder to work around, were the moments when it seemed like Valente hadn’t noticed how sharply she’d limited the presentation of the human experience: the bit about how waitresses make people feel, for example, which only makes sense if you don’t think about waiting tables from a server’s point of view. (While a customer, Valente’s imagined “you,” is having a human experience of a waitress, the waitress is also having a human experience, you know?) There’s this weird rhapsody about children’s television hosts as universal icons of comfort, which then pulls back like, Oh right, not every culture in the world has children’s television, so there’s a perfunctory coda about how if you don’t have Mr. Rogers I guess you have like parents or whatever. There are just these off-key moments where “human experience” seems defined by a very narrow band of human experience–which I get is probably inevitable, but do we have to do this list of species destroyed by human beings which includes Native peoples who are both very much alive, and… actually also human?

The human race’s champions are both mixed-race (and with pleasingly divergent personalities and aspirations), which works really well with the theme of complex intercultural encounters, often under unjust circumstances, producing beauty and wild life. But there’s also this recurring undercurrent of cutesyness with the immigrant parents and grandparents. I’m hesitant to make oversharp claims here; I will just quote this one bit, say that this character always talks like this and the other immigrant parent talks in a much toned-down but similar style, and let you judge: “Do not make yourself a fret. I am your laundry machine like always, am I not? Now, you just button your eyes on Nani, Mr. Hot of the Shot. Your big Danesh-head always thinks it is more full of things than the rest of the heads around here, but with it, you cannot even make roti that fails to taste like a foot. Watch tight and presto chango, Nani will do Mr. BunnyBugs best good lipstick trick.” There’s a thing here about how culture clash, and cultural intermingling, creates results we read as cutesy or poignant or delightful for reasons which have more to do with our own preconceptions than with the people we’re encountering–and yet this also seems kind of minstrelish. Maybe that’s my own intercultural limitation, I don’t know.

[* ETA: There’s a hint here of stuff like the Sorryno, in Rushdie’s Moor’s Last Sigh. But I think Nani struck me differently in part because the content of the Sorryno sign is unexpected and rich in character, whereas Nani is kind of a stern-but-loving grandma stereotype.]

So there’s all this. And yet–“We don’t suppose you’re related to the Aldebaran sapiens sapiens? No? Pity. They’re marvelous company, you know. Their feet come right off.” There are the descriptions of the music (“whole-body jazz infection,” which is meant literally!), the aliens (like the zombies who “don’t see species,” everybody’s equal in their eyes because everybody can be killed and worn as a suit), the stand-up modesty circuit and the Mephistophelian temptation of the housecat and the strange, ironic, beautiful use of “It Came Upon a Midnight Clear”… I cheered for our champions, I was on Team Human in spite of everything; and in spite of everything, I am on Team This Book, too. 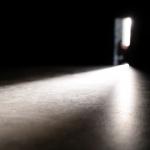 November 11, 2018
I Know My Way Is Hard and Steep: The music of the Radiant Obscurity Collective
Next Post 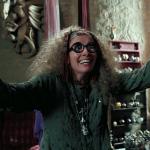 November 14, 2018 Plots Fall, Everyone Dies: Revisiting "Harry Potter" for No Real Reason
Browse Our Archives
get the latest from
Eve Tushnet
Sign up for our newsletter
POPULAR AT PATHEOS Catholic
1

Catholic
God Is My Co-Parent: The "Everyday Religion" of...
Eve Tushnet

Catholic
How to Be an Extra in Your Own...
Eve Tushnet

Catholic
Lambs and Dragons: I watch "Heroes of the...
Eve Tushnet
TRENDING AT PATHEOS Catholic

Four Reasons Why I Cancelled My Netflix Subscription
In the wake of the trending outrage over Netflix's content,...
view all Catholic blogs
Copyright 2008-2020, Patheos. All rights reserved.