Lord, if this is how You treat Your friends, no wonder You have so few of them.

–St Teresa of Ávila, granddaughter of a Jewish man forced to convert to Catholicism

The Jewish Cardinal is a 2013 biopic of Jean-Marie (ne Aaron) Lustiger, a Jew who converted to Catholicism at age 14, a few months after the Nazis occupied France. The storyline of the movie is basically that one fact, its implications and its inner engines and its inescapability. It’s about a man who may have wanted to be many things (a cardinal never among them) but who was called by God to be one thing: the Jewish cardinal.

For me the film, from director Ilan Duran Cohen (who co-wrote with Chantal Derudder), was haunting and painful in spite of its weaknesses. It’s a film full of talking–or rather, yelling, since most of these characters spend most of their time in angry conflict. The Cardinal (Laurent Lucas) is an irascible man, impatient in a way that would humanize him more in a movie which spent less of its time on his arguments. His cousin (Audrey Dana) and father (Henri Guybet) are fairly one-note, she patient and he disappointed. He has a priest-helpmeet (Grégoire Leprince-Ringuet) who provides a needed respite–I did love how this film portrays men in one another’s service, the admiration a man can have for his superior in religion. This priest’s service has the personal character of an obedient, self-effacing love.

The most complex of the cardinal’s relationships is his early infatuation with Pope John Paul II (Aurélien Recoing, with an uncanny impression of that pope’s canny smirk), which curdles when a Catholic convent is opened at Auschwitz. Cardinal Lustiger finds that the Pope is willing to sacrifice Jewish dignity and Jewish memory in order to score points against the Polish Communists. John Paul II is not a villain, here, but he’s the closest thing the film has to one. He’s increasingly obsessed with the Cold War–and, in a touch which gives pain and subtlety to the movie’s implicit portrait of God, he receives a vision of the fall of the Berlin Wall, which only strengthens his insistence that nothing else matters. And so Cardinal Lustiger comes into conflict with the pope, and has to figure out how to stand up for his people while honoring his vows of obedience.

This movie’s Lustiger starts out as a man who wants lots of things to matter. Modern things; now things. He opens a radio show; we see him get the idea for World Youth Day while smoking with young punks by a French roadside. But it turns out that what matters in Lustiger’s life will always be his Jewishness. The way he finds to live and to die as a Catholic Jew may not satisfy any of the film’s characters, but I’ll say that I found it really touching. Although this film does exclude a lot of aspects of the cardinal’s career (Wikipedia tells me that he managed to work in many areas, from private-school funding to AIDS care) and hastens past some complicating facts (we see Lustiger unwilling to say kaddish for his father, when in real life he did say it for his mother) I was glad to see that the description of his funeral is true.

I wonder if I even need to say that I found this whole story painful and moving both because I’m also a convert from (secular) Judaism, and because I’m gay. There’s obviously no comparison between my situation and a man living out his faith in the shadow of the Holocaust. But a lot of aspects of Lustiger’s life–his attempt to live his Catholicism as the fulfillment of all he knew before; his inability to find a secure place in either his old community or his new one–did hit home.

The Village Voice praised this film–and found more to love in its look and feel than I did. The Voice critic thought Lucas played the cardinal “with great urgency and tenderness,” though to me the film conveyed the former better than the latter. One unexpected grace note is the film’s lovely use of cigarettes. People smoke constantly in this film, and smoking performs a hundred different aesthetic tasks. Most noticeably, smoking gives certain scenes a note of privacy, something inexpressible curling upward and fading from view; and it lets the characters cross religious and social boundaries. Bumming a smoke lets a cardinal connect with wayward youth, a Christian convert connect with a Jewish leader. Smoking–unlike the more ambivalent act of drinking, which John Paul II uses to open Lustiger to friendship and comradeship–is always positive in this film. (Cardinal Lustiger died of bone and lung cancer, although like, he made it into his eighties, I should be so lucky.)

There’s very little exploration of Lustiger’s personal spiritual life. He insists that his conversion was accompanied by a genuine spiritual experience–he was not simply hiding inside baptism like a bomb shelter–but we get only the briefest, most tantalizing description of what that experience was like: He was in a church, and felt an inexpressible sense of peace.

It’s a tribute to the film’s subtlety that it doesn’t feel the need to tell you that Cardinal Lustiger’s career in the Catholic Church was not characterized, to the outward eye, by peace. 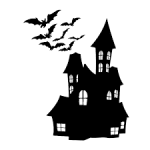 January 20, 2019
Alms for Oblivion: I review a new biography of Edward Gorey
Next Post

January 25, 2019 Bringing Your Pilgrimage Home: I write about World Youth Day & Adoptive Brotherhood
Browse Our Archives
get the latest from
Eve Tushnet
Sign up for our newsletter
POPULAR AT PATHEOS Catholic
1

Catholic
"Joan of Arc" Is One Weird Hagiography... But...
Eve Tushnet
TRENDING AT PATHEOS Catholic