Down the Wrong Road, Both Ways

Toward the end of 2017, I think, I started doing something which I eventually called “time-travel rosary.” (I dislike this twee name but haven’t found a catchier one.) I dedicated each week to some period in my life, and the people who were important to me at that time. I prayed a decade of my day’s rosary specifically for those people, and offered up–well, not sacrifices precisely because what do you want from me, people???, but any restraint I was able to exercise in some of my most serious besetting sins, for their good. As I tried out this idea I added another feature, in which I would return to things which reminded me of that time or aspect of my life: movies, books, music, even food. I had to restart the whole cycle several times (since part of the point was to enhance my motivation to surrender these besetting sins to God, and I figured if I instead sunk deeper into them I should try again), and so it took me until early 2019 to finish a full cycle, 40 weeks total, from my ancestors to my current problems.

It’s honestly been so much fun, and sometimes so humiliating. I’m currently at the very beginning of what I hope will be another full round. (We’ll see.) Here are some notes on what it’s been like.

# I’m not sure I expected it to feel quite so healing. It’s been a reminder that God in His eternity was there with me even before I knew Him. He was there in all the bad moments, in the times when I was (/am) furthest from Him, and by praying to Him and praying for Mary’s intercession I can bring all those times to Him for His mercy. All those days can be resurrected, changed in their meaning as they’re offered up in repentance.

Of course the sinner must repent. But why? Simply because otherwise he would be unable to realise what he had done. The moment of repentance is the moment of initiation. More than that: it is the means by which one alters one’s past. The Greeks thought that impossible. They often say in their Gnomic aphorisms, “Even the Gods cannot alter the past.” Christ showed that the commonest sinner could do it, that it was the one thing he could do. Christ, had he been asked, would have said—I feel quite certain about it—that the moment the prodigal son fell on his knees and wept, he made his having wasted his substance with harlots, his swine-herding and hungering for the husks they ate, beautiful and holy moments in his life. It is difficult for most people to grasp the idea.

Lol you said a mouthful, our Oscar.

# I had not realized, until I did this, that what was probably the actual moral low point of my life so far was probably the year I converted. Ahhh the sweet taste of humiliation! I was self-righteous, and seriously hurtful to others who were suffering; I ignored my friends; I was constantly drunk, constantly justifying my own worst actions, addicted to others’ approval. There’s one thing in particular from that year which I still regret intensely and for which I was never able to make direct amends as far as I know. The fact that this was also the year I discovered Christ, the Beauty Who suffered for our redemption and Who comes to us in utter humility in the Eucharist, is maybe a good reminder that one’s first conversion is rarely one’s best.

But no, even that moral seems too glib. I’ve known for a long time that I’m capable of living with a lot of the spiritual or moral equivalent of cognitive dissonance (it’s one of the skills of active addiction) but this was an especially sharp-edged example.

# That said… alongside all these more spiritual aspects, I’ve had a lot of fun with this. I’m not sure I ever would have bothered to revisit books like William Sleator’s Interstellar Pig, Gordon Korman’s Son of Interflux, Diane Duane’s Romulan Way, which carry such vivid reminders of the atmosphere of my childhood. All three of those are still great! I’d under-remembered how good they are.

Some things don’t “hold up,” which is interesting also, in itself and as a marker of how I’ve changed. I still love Rebecca Brown’s collection The Terrible Girls, which was a huge influence on me in high school; and Sarah Schulman’s After Delores, less influential but deeply pleasurable and so redolent of 1990s queer life. Audre Lorde’s Zami: A New Spelling of My Name had more relevance to my current life than I expected, since Lorde depicts, among many other things, how hard it is to live well–to organize your life in a way that is as fruitful and as little harmful as possible–when you have no models or guidance. The Secret History, The Glass Bead Game–yes, these are great, lay it on me. I think the biggest disappointment was PJ O’Rourke’s Parliament of Whores, which turns out to be a few great lines buried in a mass of glibness. (Also, it turns out that if you read a book called Parliament of Whores in public, sketchy guys will try to chat you up. I am not sure if there are other ways that PJ O’Rourke is like the Bible.) I re-read his Modern Manners a couple years back and still loved that one, though.

On the other hand, The Call of the Wild and Huck Finn were, if anything, better than I remembered them, especially if you already know going in that the end of Huck Finn damages the book and departs from its whole prior trajectory. Ditto “Who Framed Roger Rabbit?”, one of the first movies I clearly remember seeing in the theater (and uh… I encountered Jessica Rabbit at a formative age); Angela Carter (another big high-school influence); the surrealist/war photographer Lee Miller; and “Grosse Pointe Blank,” my indefensible love, aka Hit Man’s Search for Meaning.

Sts Anselm and Augustine, still awesome; and I am slowly starting to accept how much I relate to Graham Greene’s stuff, kind of a sordid taste I realize but what can you do; of the novels I’ve re-read I think my personal ranking would be The Comedians >>>> The Heart of the Matter >> The End of the Affair. Christopher Roberts’s Creation and Covenant: The Meaning of Sexual Difference in the Moral Theology of Marriage (re-read when I reached my time working in the marriage movement) is still really useful and insightful, though he is way too easy on Luther, way too quick to elide the consequences of his rejection of celibacy. I loved Roberts’s reading of St Bernard, and his critical reading of JPII. The section directly arguing with proponents of Christian gay marriage is weaker than I remembered, but whatever, lol he’s not wrong in what he says, it’s just a bit repetitive and antiseptic.

So much of the music I listened to obsessively when I was trying to quit drinking, and which directly relates to that desperate struggle!, is so good. You guys know how I feel about the Mountain Goats; would also recommend, for your wallowing pleasure, Moxy Fruvous’s “Drinking Song,” Mary Gauthier’s “I Drink” (surprised I never really hit up Cat Power’s cover of “Moonshiner,” though I do love it), the Postal Service’s “This Place Is a Prison,” and the song that gives this post its title.

It’s been great fun to find new things which plausibly fit each week’s category, too. Some are obvious, like Sarah Ruden’s new translation of the Confessions alongside the one I read the year I converted. Others are more like, I go to Netflix and scroll through my gigantor queue until I see something that seems like it might fit the week for Riot Grrrl or for my sobriety. For Russian class (/my Russian tutor, who has become a good friend) I read a book in Russian for fun for the first time! (Pushkin’s Руслан и Людмила); for the various events of my 1980s I got to listen to just masses of New Wave, often via Generic Male DJs. I also re-read my old zines, a good exercise in humility.

# The one feature of this whole practice which I wouldn’t necessarily recommend to others is the “restart when you drastically screw up” aspect. It’s very similar to the AA concept of “losing your time,” i.e. your time in sobriety restarts if you take a drink, so you slide from 19 years sober to a newcomer. For some people the prospect of losing one’s time is a compelling motivation for sobriety; others basically go, “As well to be hanged for a bender as for a slip,” and one bad day turns into a catastrophe. I have really strong emotional tendencies in both of these directions at once! So far I’ve found the motivational aspect to outweigh the demotivational one. Have definitely gotten through some bad days by thinking, “I really want to make it to next week, when I can re-read fanfiction!” or whatever. But, as Socrates once said, know thyself before thou wreckest thyself.

February 8, 2019
I Believe the Correct Term Is "Worlds War II": Short movie & book reviews on a theme
Next Post 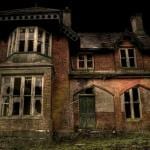 Catholic
What If Saul Had Sent Jonathan to Conversion...
Eve Tushnet