“The Conjuring” Is a Perfect Valentine’s Day Movie…

…mostly for bad reasons. Spoilers below.

The Conjuring, from Saw perpetrator James Wan, tells the story of two families: the Perrons, mom & dad plus five totally adorable daughters, and the Warrens, Ed and Lorraine and what Scripture would call their one ewe lamb. The Perrons are nominally Christian but haven’t had their kids baptized yet. Dad (Ron Livingston) is a trucker and since this all takes place in the early ’70s he’s got remarkably, endearingly ugly styling–he has the hairdo of a Lego figure and everything about his sad-sack looks says, “Ten-four, good buddy.” The Warrens are *~*demonologists*~* who look like they comb their hair a lot. There’s a bit at the beginning to tell us that Ed Warren is the only non-ordained priest recognized by the Vatican as a demonologist. As far as I can tell from a cursory google search there’s no reason to believe this; it will become important when we get to the movie’s most interesting feature.

ANYWAY the Perrons’ house is super haunted and the scares escalate in the usual order (although man, they kill the dog with a quickness). The Warrens arrive and gather evidence. There’s a huge showdown and everybody goes flying around the room courtesy of DEMON POWER. The exorcism works but there’s a creepy doll to set up the sequel.

There’s nothing wrong with a formula done well, and the first half of The Conjuring does the haunted-house formula quite well. I loved this family–their casual, comfortable conflicts as they move in, their odd and dangerous variation on hide and go seek. I’m going to yowl and hiss a bit about Valentine’s Day in a moment, but of course marital love is wonderful, and this movie gives you a lovely tribute to what’s good about heterosexuality before, you know, totally turning it into an idol. The initial scares work well, especially when that hide-and-go-seek game gets a frightening new player; the house itself feels solid, and, as with Oculus, you can always tell where things are happening even when they’re off-screen. The tree which plays such a big role in the house’s backstory is amazing, this huge three-fingered hand thrusting out of the earth. I’ll always love a good tree.

In the second half the Warrens take over and things start getting obnoxious. Bracketing any controversy over the real-life Warrens, their characters here are the vehicle for a nominally extremely Catholic film to express its Protestant prejudices. At the film’s climax, we’re told that we can’t wait for a priest to get there and perform the exorcism, so Ed Warren will have to do it himself. American practicality versus pointless Vatican rules! (DO NOT DO THIS, come on.) And then what actually makes the exorcism work, what restores the possessed person to herself, is not the power of Jesus’ name but the power of bourgeois family happiness. Lorraine Warren gets the possessed person to remember a happy family memory and that’s what gives her the strength to kick the demon out.

I realize this is criticism of the movie’s worldview–though it’s also, I think, criticism of what the moviemakers think would be dramatic and emotional for the audience, have we learned nothing from The Exorcist, even Americans are perfectly capable of being moved by actual Christ-centered Christianity–but conveniently the back half of the movie is also more formulaic and less interesting in every other way. The characters no longer offer surprises, and the scares are more predictable.

As a friend of mine said,

Have a good feast

Of Sts Cyril and Methodius. 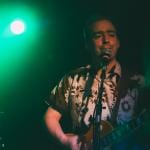 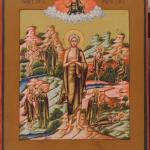 February 15, 2019 Knockin' on Heaven's Door: Some notes on Mary of Egypt
Browse Our Archives
get the latest updates from
Eve Tushnet
and the Patheos
Catholic
Channel
POPULAR AT PATHEOS Catholic
1

On the Patriot Front's Appearance at...
Steel Magnificat
Related posts from Eve Tushnet