I Review a Collection of Pre-WWI Socialist Fairy Tales

When I was a girl, I had a picture book, The Day the Fairies Went on Strike. This 1981 confection by Linda Briskin and Maureen FitzGerald, with charmingly ragged illustrations by Barbara Eidlitz, told a simple story of fairies overworked by their selfish bosses, the Mefirsts. They meet a little girl whose mother is on strike and decide to follow the mom’s example. They win reduced workloads so they can better meet little girls’ wishes. Perhaps under the influence of this book, I staged my own strike at school, demanding the right to wear shorts during P.E. My one-child picket line (my sign read, NO SHORTS—NO SMILES!) was not exactly a protest against economic injustice; it was also significantly less successful than the fairies’ efforts.

Briskin and FitzGerald were working in a fine old tradition. In Workers’ Tales: Socialist Fairy Tales, Fables, and Allegories from Great Britain, Michael Rosen collects more than forty short stories published in socialist-leaning magazines between 1884 and 1914.

March 9, 2019
A Theological Reflection on Having Mono
Next Post 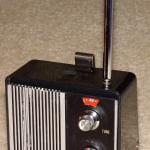 March 18, 2019 A Social-Media Comedy from the 1970s: And Four More Quick Movie Notes
Browse Our Archives
Follow Us!

Catholics: They Are Not Coming Back...Unless...
Thin Places
Related posts from Eve Tushnet

Catholic
The Empty Tomb of the Past: Three short...
Eve Tushnet
TRENDING AT PATHEOS Catholic