Primal Fear: A 1996 suspense flick that feels more late-’80s. Richard Gere plays a transcendantly sleazy criminal-defense lawyer who snaps up the case of a young man accused of brutally murdering Chicago’s beloved archbishop. As the trial approaches, the late archbishop’s financial entanglements and sexual crimes begin to come to light, and the defense lawyer has to switch strategies, trying what I refuse to call a Hail Mary pass in order to get his client off the hook. The defendant (a very young Edward Norton) has an already very Lifetime-movie mental illness, and the final twist, which concerns that illness, struck me as a stupid choice which made the story more melodramatic but much less dramatic.

Gere, Laura Linney as his romantagonist and opposing counsel, and Alfre Woodard as the judge are all excellent, and the part of the script that’s dialogue instead of plot is quite snappy. So I believed in this sordid story… for a while.

Crooklyn: A tender story, written by director Spike Lee’s sister Joie, of Troy (Zelda Harris) coming of age in early ’70s Brooklyn. Troy watches her parents rise to the occasion, or fail to rise, or fail and then rise. She gets shipped off to Virginia to spend some time in the pastel, relaxed-hair, televangelism world of her extended family. This bit seems to be shot so as to distort the images and make the people literally as well as figuratively narrower–? I think I get it, it represents how they look in Troy’s memory and the camera’s contempt is her contempt, but I’m always against contempt in storytelling and the distortion effect is more distracting than incisive. In spite of the flaws of the Virginia interlude I really enjoyed this, both Troy’s arc and her father’s (Delroy Lindo), played out against the squabbling, beloved background of the neighborhood.

If your Pavlovian response to a cry of, “Pizza, pizza patio!” is, “Can you twirl it?”, I suspect you will love this movie as much as I did.

School Daze: Another Spike Lee joint. And also the movie that made go-go a nationwide hit. That song was huge here when I was like ten–I remember standing on some bridge in West Virginia with my two best friends, at summer camp, “performing” this thing to the wilderness–though it’s inherently ridiculous and morally-unwell. But note how the dancers are much more clothed in that video than in the film. This will become important later!

This is a deeply strange film, with lots of elements I loved (the musical numbers!). And it uses its awful climactic plot twist not to undercut what went before, as Primal Fear does, but to reshape our understanding of what we just saw. Basically this is a satire on life at a historically black college, especially frat/sorority life. The satire is fierce and broad (the frat “dogs” literally wear collars and chains) and it’s all sexed-up in a way that feels indulgent, at first, give the people what they want!, and slowly starts to feel more abusive–more like the camera is groping the women characters–until the plot twist reveals that yes, that was the point all along, the fun in this movie was the evil in this movie.

That’s a horrifying feeling. It’s also smart–the thing about fun, as vs. joy or happiness, is that it’s awesome right up until it’s evil. “Aye, sir, we did sleep day out of countenance and made the night light with drinking,” as the man says. People worry about glamorizing alcohol abuse, or all-male camaraderie which buys friendship at the expense of respect for women, etc, but you kind of can’t depict those things accurately without glamorizing them, since the fun is part of why people get into it. It’s just that the opening of the tunnel is spangled but the end of the tunnel is so dark.

In practice Lee doesn’t quite handle this vertiginous tone switch, and ends by clumsily breaking the fourth wall to lecture us. But this was a brave thing to try, and worth watching if you are okay with a fairly brutal plot twist.

The Hole in the Ground: A new, dreamlike Irish horror film about a single mother who settles in a remote town at the edge of the woods. She’s very careful not to tell anybody too much about her family–like her son’s name. She’s very gentle with her son’s anger at the breakup of the family. But then she discovers a huge, crumbling hole in the floor of the woods–and her son’s behavior begins to change….

This film felt a little slight or episodic, and it’s definitely working that Babadook territory where nightmare creatures are manifestations of our emotions and fears. Unlike The Babadook, this film doesn’t moralize (I mean The Babs is great, don’t get me wrong, but it’s a message movie). Its final images are quite haunting. Like that Mountain Goats song, “Never Quite Free“….

Four Lions: Terrorism comedy about a bunch of mostly idiots, led by the much more intelligent and therefore longsuffering Omar (Riz Ahmed), trying to become suicide bombers. I found it legit hilarious. I don’t know if there’s a “point” beyond showing us The Gang That Couldn’t Explode Straight/the office comedy of terror. We’re all familiar with these types–the blowhard, the hapless stooge, the kid who parrots his parents’ ideology; the only thing that separates these characters from any other ideological community is that they, you know, really want to go to Heaven by killing people.

Maybe the movie’s summary line is the most obnoxious jihadi’s outraged cry, “You can’t win an argument just by being right!”

I laughed out loud a lot, and by the time the plot catches up to the plotters and people start dying, there’s genuine poignancy amid the ridicule. (The scene where one terrorist says goodbye to his wife is fantastic, equally well-wrought as comedy and as tragedy.) To the extent that there’s a flaw, I think maybe we should actually see the alienation and anti-Muslim attitudes the characters talk about. The government, average British people etc are definitely also idiots, but they do harm more through incompetence than through dehumanization at home or violence overseas. I assume that’s because the filmmakers figure their target audience (ha ha) already accept that terrorists have reasons for what they do, one man’s potayto is another man’s potahto, etc etc; but it does make the film’s characters seem oddly protected, hermetically sealed away from the society they’re attacking. I think there’s a way to puncture that seal while still being funny (most of the front half of Get Out does this) and it would have maybe deepened the feeling that these characters are truly trapped in their idiotic, awful plan. Still, even without that, this was excellent. The acting is all great, but especial praise for Omar’s wife (Preeya Kalidas), in a small but crucial part. 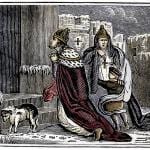 February 22, 2019
"The Value of Public Penance in the Age of Clerical Abuse, Mass Incarceration, And #MeToo": I'm in America
Next Post

March 9, 2019 A Theological Reflection on Having Mono
Browse Our Archives
Related posts from Eve Tushnet 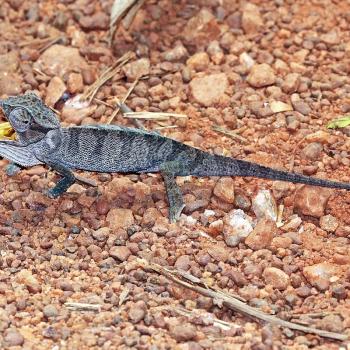