Were You There When the Stone Was Rolled Away? Triduum Notes from a Gone-Away City

Some personal news: Christ is risen!

Holy Thursday: I avoided the Triduum services at my home parish, the Cathedral, for the reason I talked about here. (Though I was at the Easter Vigil.) Instead, with some friends I attended a Solemn Mass of the Lord’s Supper at a nearby church. It was one of many churches around the District where rapid demographic transformation (she said carefully) has left the parish with mostly-black elders and mostly-white newcomers. So the ushers were black, the music included spirituals, and dinner in the parish hall afterward was soul food, but the large majority of the congregation were white.

As we headed out of the church to go down the outside steps into the parish hall, we stopped to look in wonder at the full moon, low and perfect, blurring just a little at the edges in the soft spring air.

Good Friday: I was scared off of Stations of the Cross by scattered showers, though I note Amy Welborn took the far more Catholic approach of resigning herself to rain. Check out her photos and notes from the Triduum celebrations of Birmingham, AL’s Latino and Melkite communities.

I went back to the church from yesterday for the Liturgy of the Lord’s Passion and we sang “Were You There?” This is one of the hymns I really love. In a way, at least for someone like me, the most poignant word in it is “sometimes.” Sometimes, it causes me to tremble–only sometimes, only in the rare times when I can live within what I know to be real. It’s a spiritual, first sung by people who had to snatch time, beauty, faith whenever they could, in whatever way they were allowed by the Christians who held them in slavery. But so too is the “sometimes” when we, in the chaos of our pleasures, amid distractions, suddenly remember the death of Jesus for our sins, and this truth pierces through the haze of laughter, and the veil of forgetting is torn in two. It’s a song for a country of chain gangs and juke joints.

This is a really good, short reflection on Malchus, the slave of the high priest, and why it’s important that Peter cuts off his ear (and Jesus heals it) rather than somebody else’s.

After the liturgy I was doing the thing where you’re fasting all day for Good Friday so you stay up late to break your fast right at midnight. I ended up spending several hours going through this collection of photos taken mostly in Northwest/downtown DC in the mid-’80s through mid- ’90s. These were the years when our homicide rate was soaring and our population was plummeting. This is a city in rough shape–and these are not photos from the “ghetto” (I don’t think any of them are from east of the river). If you lived or worked here you saw these places, or places in worse condition, every day. The boarded-up shops, the big palm leaves growing up through the shattered windows of the burnt-out buildings, the unevenly-painted business phone numbers and peeling paint and broken pavement.

The beautiful low skyline, all those houses so short it’s like they’re kneeling in the presence of the great sky. Nowadays downtown all the buildings push the limits of the height ordinance. Which I can’t fault, the city desperately needs housing. But the sky is a little smaller now.

Those blocks you’d see with the one remaining building, the last tooth in the old fighter’s mouth. Can’t remember the last time I saw that. All the neon–get a neon sign today, it’s a saxophone solo for your business!

Michael Horsley took photos of a city where poor people could afford to live. As soon as it looked nicer, that got harder.

On Holy Thursday or thereabouts a report came out showing that DC is the most intensely-gentrified city in the country; and the city where gentrification has displaced the greatest number of black residents. You can argue about what this means. In many ways Hyattsville in 2019 is a lot nicer than Petworth in 1990! For sure it’s safer, and I’ve heard not getting killed is a priority for many families. So how bad is “displacement” really, you might ask.

Well, a couple thoughts. I recently read Derek Hyra’s Race, Class, and Politics in the Cappuccino City. That’s a flawed book but it does some good solid work in a lot of areas (including untangling the complexity of the District’s reliance on government/contractor jobs, and the rise of DC jobs in global finance). Hyra talks about the role city government and churches have played in helping people stay in their homes as their neighborhoods got rich and white around them. But he notes that even people who stayed lost political power: a say in what happens in their neighborhood. Their voices and votes were diluted in the flood of new population–a new population with very different culture and priorities. Dog parks, not basketball courts or church parking. (The church-parking conflicts are exacerbated, I bet, because so many of the congregants were priced out to Maryland. Go past any historically-black church in Northwest on a Sunday morning and look at the license plates.)

And when your community moves piecemeal, you lose a lot more of it than the numbers might indicate. The bonds loosen. Even if half the old neighborhood could stay (and it’s never half), you lose more than half the common knowledge, culture, obligations, care.

I found that gentrification-study news via Greater Greater Washington, where the Horsley photos were also linked. And commenters were basically like, “Wow, DC was a disaster then. I’m so glad things are better now.” I too am glad we have more snowplows and fewer drive-bys! But GGW is a policy blog and I can’t help but feel that if you didn’t love the District in her years of abandonment you surely shouldn’t be making policy for her now. The best view of the District’s new life is probably sunnier than mine: I’m basically all “It’s like Pet Sematary, but for your hometown.” But in a weird way the city makes me think of this Mountain Goats song, which I just discovered. You’ve brought me everything I need and yet notice how I don’t seem to leave my house at all anymore?

Holy Saturday: I spent most of this day baking Easter cookies and listening to different versions of “Were You There?” Here are some favorites: The Peguero Sisters; Three Mo’ Tenors; Johnny Cash and the Carter Family (with soloist Anita Carter); Willie Nelson. Bayard Rustin, the gay pioneer of the Civil Rights Movement, did a “life of Christ in spirituals” cycle; all of it is beautiful, and it includes a short rendition of “Were You There?” in the Crucifixion section.

And Diamanda Galas will make you certain that you are in fact there. Or that she is.

So we come to this resurrection day, which lasts eight days and more. Christ has broken the bonds of death and sin and brought liberty to captives. May His work of rescue give life to our own celebrations! May we all be freed from oppression, resentments, judgment of others, from fear and unbelief and self-hatred, from all that keeps us from wholehearted love of Him and His people–all people. 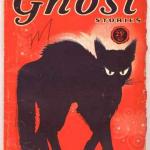 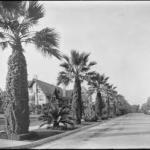 The Bishops, the Pope and Fr James Martin....
Here's the story. A group of American bishops from what news reports...
view all Catholic blogs
Copyright 2008-2020, Patheos. All rights reserved.