When I was in fifth grade my family and I moved briefly to Santa Monica to be with family during a difficult time. It was hard for everybody; least hard for me, but I missed home a lot. I was unhappy and acted badly. So for a long time I thought of “LA” as a place I hated–a place where I’d been unhappy even though a lot of people were very kind to me. And of course nobody will ever fault you if you say you hate LA. What’s not to hate?

Then I visited again as an adult and realized how beautiful LA is. You can still see noir in the buildings; that unchanging sunlight is noir sunlight. (Sunlight in LA is like Andy Warhol’s line about Coca-Cola: “All the Cokes are the same and all the Cokes are good.”) Every time I go back there I like it more.

LA Story is about loving LA and being loved by it, and I’m always here for movies about loving a despised place. It’s an utterly charming 1991 Steve Martin romantic comedy in which the greatest romance is with a city. Starting with the opening credits, perfectly punctuated by the sprinklers, you can feel the movie rejoicing in the city, in all its idiocy and violence and glitz. I loved this film, for real. The “open season on the freeway” scene is the most 1990s thing you’ll ever see: cavalier, anti-moralistic, bullets whistling a happy tune. (There is only one thing that I like and that is whistling in the dark.) LA Story has a beautiful description of LA (“I’ve seen a lot of L.A. and I think it’s also a place of secrets: secret houses, secret lives, secret pleasures. And no one is looking to the outside for verification that what they’re doing is all right”) but also the sharpest possible description of what it represents in the American psyche (“Let us just say I was deeply unhappy, but I didn’t know it because I was so happy all the time”).

The romance is so much better than it should be. So much more convincing and enjoyable. At first I thought I’d enjoy the dialogue and the love of the city and the blank unholy Steve Martin of it all, but hate the women and the way the women worked in the romcom plot. Harris Telemacher’s soon-to-be-ex-girlfriend is an ’80s-haired shrew, he’s distracted from his *~*soulmate*~* by buxom airhead SanDeE* (the delightful Sarah Jessica Parker), he’s nicer than Shrew and smarter than Ditz and deeper than both of them and I was grossed out. But the movie makes a lot of smart moves that take its women beyond the sexist cliches.

The first move, the most obvious, is that there are lots of women in the film. Harris’s love interest is an English journalist (not reporter! such a nice little detail, how she corrects him on that) who’s possibly hung up on her ex-husband (an underused but always lovely Richard E. Grant) but actually overprotective of her heart, unable to let her guard down. This is still at least cliche-adjacent, though very lightly-handled: “Oh no, I can’t! This is how Mommy met Daddy!” So it helps that Harris’s best friend is also a woman, for once, a juicer/performance artist (!) and general oddball. Plus, Parker imbues SanDeE* with such effervescence that she escapes cliche and becomes cartoon: an archetype, not a stereotype. Even the depiction of her “open relationship” is perfectly balanced. There’s sexual-revolution satire (her boyfriend wanted to see other people, she agreed, but ladies didn’t exactly fling themselves at his feet so now she’s happily slutting it up while he mopes at home), there’s just a hint of real sadness or emptiness in her shallow affairs which are always a little less than she wants them to be, but there’s also the poignancy of her irrepressible, unsinkable-Cheerio personality. I adored this heart emoji of a person.

And it helps that the romantic leads both make all the wrong choices. The lady’s wincing caution is the wrong choice; so is Harris’s pushiness, his windowside poetry and his flop-sweat speech about how she can just assume that he will do whatever she needs him to do and then act like he has done it. It also helps that both Martin’s acting and the camerawork emphasize Harris’s helplessness. He gets a ton of those shots from below, or swirling camera movements (e.g. in the scenes with SanDeE*), which make him seem overwhelmed and in need of firm guidance. Which he gets from a mystical traffic-conditions sign. Look, this is LA, that’s a better guru than most.

I admit I disliked the deployment of Shakespeare. It was pushy, like we wouldn’t trust that a movie with quips about abstract art and “the new cruelty” had a brain, or that LA had a soul, unless we got Hamlet references. But I liked everything else. All the Cokes were good. 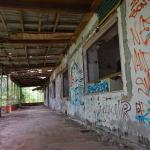 April 23, 2019
Were You There When the Stone Was Rolled Away? Triduum Notes from a Gone-Away City
Next Post

April 24, 2019 Being Shut Out of the Perfect Closed Sphere of Faith: I'm at The Catholic Woman
Browse Our Archives
get the latest from
Eve Tushnet
Sign up for our newsletter
POPULAR AT PATHEOS Catholic
1