In the summer before I went to college, a comic collection came out: Chester Square by Jaime Hernandez, the thirteenth volume in the greatest comics series of all time. Love and Rockets was started in 1981 by three brothers: Jaime, Gilbert, and the elusive Mario. Gilbert mostly made comics about the fictional Latin American village of Palomar, where the slugs are tasty, the children are spooky, and the men are confused ’cause the women make you growl. The art is homey and sometimes bulbous or grotesque, and the stories, heavily influenced by Garcia Marquez, include witches and ghosts and mysterious disappearances at the eclipse of the sun.

Jaime’s tales mostly centered on the LA suburban punk community. They started out as a kooky mix of low-rent superheroics and punk slice-of-life. These comics star two careening chick catastrophes: Margarita Chascarillo (“Maggie the Mechanic,” a goofy ball of anxieties, worried about her weight, chasing after men, a homebody who ends up traveling the globe and works as everything from a science-fiction robot mechanic to a fake accountant for a lady wrestler) and Esperanza Glass (“Hopey.” Whenever there’s trouble, she’s there on the double… because she started it). And Jaime’s comics also star Maggie’s hometown of Huerta, better loved as “Hoppers”: a Mexican-American neighborhood where families fight and gangsters love. Jaime’s style is hot, these crisp and glaring blacks and whites, sun-shocked and razor-edged. It’s romantic and iconic.

Maggie and Hopey are best friends. The other punks call them, not entirely fondly, “the Incest Twins.” (It’s not hard to tell them apart: Maggie is the short one, and Hopey is the shorter one.) At some point they become lovers. I was introduced to Love and Rockets by a friend from Riot Grrrl, and while I love a lot of the Palomar stories (especially the harrowing serial-killer tale, “Blood of Palomar”), the heart of L&R for me was the epic love of these queer punk teens.

I re-read Love & Rockets a couple years ago, and one thing I noticed is how much of the Maggie and Hopey epic is about not having anywhere to live. Half of their million crazy adventures, from the sexy sojourn in the thousand rooms of (literally, but also figuratively) horny gazillionaire H.R. Costigan’s mansion to the terrifying descent into a baby-doll sex cult in Wigwam Bam, happen because they don’t have anywhere to sleep at night. Del Chimney’s house o’ gropin’, the car Hopey sleeps in after she sets fire to her relationship with her band… these are places nobody can call home. And yet the fallback arms of Hoppers are always waiting to catch them–a reassurance, and a threat. Home is always lurking at the end of the long escape tunnel.

After Chester Square came out, I got caught up in the college life and its attendant changes (including my conversion to Catholicism). I was reading more Chesterton than comics. Love and Responsibility, not Love and Rockets. I didn’t reject these books, I still loved them, but they were preserved in my memory stopping right where Chester Square stops. And that was a place I loved. Chester Square marks (imo) the high point of Jaime H.’s style. It’s white-hot, noir-influenced, aching with isolation… and it ends with Maggie and Hopey reunited, the way they gotta be.

At some point I realized there had been other L&R books while I wasn’t looking. I went and read them. They were okay or whatever. With Jaime’s books especially, I often found myself appreciating or respecting them, without loving them. Even the titles of the collections give you the feeling of characters moving on to a new stage in life, with all the regrets that come with change: Ghosts of Hoppers, The Education of Hopey Glass, The Love Bunglers. Maggie and Hopey broke up again. They got normal jobs: Maggie managed an apartment complex (with a superhero tenant, which felt more like a nod to the comics’ past than like a source of new stories) and Hopey became a teacher. Maggie got back together with Ray D., an artsy ex; Hopey married a woman and had a kid. Life knocked them around–really hard and really physically, in Maggie and Ray’s case. Maggie and Hopey finally attained a certain adulthood; and it couldn’t feel real to me, because they seemed to have lost one another. I didn’t like it, I didn’t want it, I did the classic thing where in your head the comics stop in 1996. Continuity is a matter of personal choice!

This year a friend sent me a link to an LA Times story about an upcoming Love and Rockets book. Hopey and Maggie would go to a Hoppers punk reunion… and come to some kind of reckoning. Somehow they’d reconcile what they shared back in the day with the reality they go home to now. That book, Is This How You See Me?, sold out so fast that I ordered it in June and only got my copy this weekend. I’ve just finished it.

There’s a million things to say, and I’m trying to pick what is most important to say for people who don’t (yet) love the greatest love story in comics history. Is This weaves together the past (1979 and 1980, the good old bad old days) with the present (smart phones, menopause, regrets). It’s an education in how to tell a certain kind of love story. Maggie and Hopey shaped one another’s lives. Their love is a fact about them now. It can’t compete with the love they share with their partners–but it doesn’t need to. We get to see good ol’ Maggie, needy and vacillating; and good ol’ Hopey, reflexively sarcastic and then suddenly so tender. We also get to see how they’ve changed, Hopey especially, how she’s lost some of her cockiness and has a harder time feeling at home in this reunion with her misspent youth. We get to see, once again, how they’re always getting into situations where they’re a lot more vulnerable than they realize.

There are things about every marriage (at least, every good-enough marriage?) that only the married people know. The marriage creates a private language, a realm apart, which even the children of the marriage, even the spouses’ closest friends, can never enter. What struck me about Is This How You See Me? is that it portrays that exclusive union (which each partner sees in their own way–a shared secret life doesn’t mean a shared perspective on that secret life) in Maggie’s relationship with Ray D., and in Hopey’s relationship with Sadaf… and in Maggie and Hopey’s relationship with one another. Irreplaceable, impenetrable, inescapable: There will always be things only you can understand in me.

That’s a story you can only tell if the intimacy between Our Heroines and their new partners is also real, life-shaping, everpresent, and exclusive. This is a story about a love even deeper than the love at the end of Chester Square: a love which accepts that it will never be the only love… and that it will never go away, even when you want it to, it will never simply be replaced, it will always be as close to you as home. 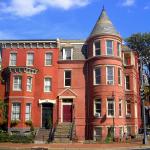 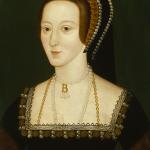 August 13, 2019 A New Pop Musical About the Six Wives of Henry VIII
Browse Our Archives
get the latest from
Eve Tushnet
Sign up for our newsletter
POPULAR AT PATHEOS Catholic
1