Order Is Chaos: “Sticking It to the Man” and the Pulp Revolution

Order Is Chaos: “Sticking It to the Man” and the Pulp Revolution May 12, 2020 Eve Tushnet

I Are The Mutants:

The standard story of the postwar media landscape centers on the rise of television: news anchors and variety shows, cowlicked children of white couples who sleep in separate beds, the same flickering glow from every home—Donna Reed across the face of the world forever. But a series of books from PM Press points out that the television era was also the golden age of the pulp paperback. By the 1950s, a weedy efflorescence of experimental and salacious novels had arisen from the pulp swampland. Sticking It to the Man: Revolution and Counterculture in Pulp and Popular Fiction, 1950 to 1980, the second volume in this series, offers a host of short essays and interviews on how the lost world of the pulps reflected and sometimes advanced the many “revolutions” of the second half of the twentieth century. 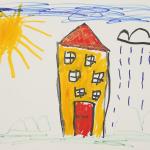 May 10, 2020
Pure Imagination and Other Horrors: Short movie reviews
Next Post 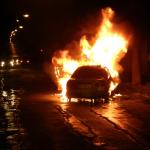 May 16, 2020 Freaky Ways to Croak: Two short book reviews
Browse Our Archives
get the latest from
Eve Tushnet
Sign up for our newsletter
POPULAR AT PATHEOS Catholic
1

Catholic
How to Be an Extra in Your Own...
Eve Tushnet