Lambs and Dragons: I watch “Heroes of the Fourth Turning” (sort of)

So last night I had my first experience of coronatheater: a reading, performed in five different bedrooms over Zoom, of Will Arbery’s Pulitzer-nominated play Heroes of the Fourth Turning. This is a play about four youth of today whose conservative Catholic educations have left them shipwrecked and jagged; over the course of a truly terrible party the rotten foundations of that education are exposed, and we even begin to suspect that the “demons” troubling these characters are extremely literal. I’m not going to review this thing, largely because it’s coronatheater and partly for two reasons I’ll get into in a moment, but blog posts rush in where responsible reviews refuse to tread, so here are some notes.

# I tossed and turned all night thinking about this play, and have been gnawing on it almost nonstop since I saw it, so that tells you something.

# Oh, ETA, in context it’s a total villain line, but I assure you I will be busting out, “All of you are forgetting your Being” every chance I get henceforward.

# I had two visceral reactions which made me want to reject the play outright. One is aesthetic. A lot of reviews called Heroes a play with generosity or sympathy toward its Trump-voting characters; I think that’s true in one sense, but it’s also true that it’s a play about the worst versions of these types of people. Several of the characters are pretty open about the fact that they’re the worst versions of themselves, but it seems true of all of them. Most of the comedy I like is about the wickedness and folly of the best version of something–or else the unexpected love and truth that can be found in the most dishonest and degraded version of something. Brideshead or AbFab, basically. Heroes is about the wickedness and folly of the worst version of conservative Catholic culture (or a bad version of it, anyway–I realize when we hit rock bottom we tend to start digging) and I just don’t know if that was ever a good way to illuminate the subject. Is this a personal preference, or a criticism? I don’t actually know.

The other reaction is strictly self-lacerating. I came into the Church in a conservative subculture. There were a lot of ways in which I didn’t really recognize the Heroes characters and their milieu. I was lucky; Yale isn’t Steubenville; there are a lot of ways to talk about the ways in which Heroes felt alien to me. The Catholics who introduced me to the faith, and the church culture in which I learned it, gave me a great deal of both wise guidance and unconditional love which these characters never received.

And yet I have a vested interest in overstating the differences. I too was brought into the Faith in a culture more comfortable with the ideas of the saints than with their deeds; intensely focused on abortion but naive or silent about the rights of workers and poor people; and corroded, to a degree I’m still uncovering, by racism and complicity in white supremacy. Like, that’s just true. Heroes presents that culture as literally demonic, or built on a bargain with the Devil. (Arbery gives new resonance to the nickname “Pitchfork Pat“!) I want to defend–myself, but also the people who taught me to love the Eucharist, to surrender my self-will, to accept mercy, to forgive others and at least attempt to be less of a giant judgmental jackass. And so I overfocus on the fact that the Heroes characters don’t seem to have been taught any of the good things I was given; or maybe for these characters everything I experienced as sublimity was just doctrine, and everything I experienced as reprieve was just another standard to fail to live up to.

That part, I’m confident, is a personal meditation on my own need for repentance and not a criticism of the play.

# Heroes takes sublimity seriously, and specifically it takes the shattering longing for God seriously. Unlike so much contemporary art and pop culture (and Christian culture), it doesn’t act as if the only things in the world are morality and sex. But if I can drastically oversimplify, it’s a play about an older generation which betrayed the younger, from the perspective of the younger. These characters want to be heroes but the play itself presents them as victims of their education. The sons asked for bread, and the fathers (or mothers, in this case…) gave them a stone. They asked for a fish, so what’s that hissing sound in the tall grass?

A nice thing about the play is that although its younger characters are basically victims of their elders, they are also flailing around in abject need of, as today’s Mass readings say, “hope/that you would permit repentance for their sins.”

# B.D. McClay’s review comes closest to my own overall “take.” We have some divergences–I wish more reviewers had picked up on Theresa’s coke use, which McClay calls “fashionable” but to me read as a classic literary (and personal!!!) device for indicating repressed guilt or shame. And I specifically do not think McClay will agree with what I’m about to say, the part of the play I found most repellent and fascinating and insightful.

# Because I hated Emily. I think many of us who’ve seen the thing have found ourselves ranking the characters from least-worst to worst-worst, and I very early tipped over into “Emily is the Worst.”

Emily, let me be clear, also has the most poignant speech in the play. Several times Arbery has characters move (too) swiftly from Catholic theology to right-wing politics, or vice versa, always letting them say something startling and incisive about the theology while being either unpersuasive (to me) or horrifying about the politics. And so Emily has this riff on transgender identity, which becomes a heartbreaking paean to “givenness”: the givenness of the body and its pain. This is a huge theme of the play and one close to my heart. Several of the youth articulate a longing for unchosen loyalties. A given order; a duty which can carry them beyond their crushing fear of relationships, motherhood, death, despair, hope–or any other form of weakness.

(One of the fascinating twists is that none of them locate this givenness in their baptism. Theresa’s unchosen community isn’t the Church; it’s “Western civilization.” Gina’s “us” isn’t Catholics, which you can tell when she suddenly switches into talking about “them.” Her “us” is white people.)

But Emily is also the character who calls for “empathy.” This pushes Theresa into a coked-up, Arendt-flavored, not really inaccurate!!! diagnosis of Emily/”liberals” as “empathy addicts” who believe they can feel other people’s pain–and thereby own it, speak for others, be a better them than they are themselves. The implicit self-criticism of the playwright does not go unnoticed! (If you hate the character who’s most like yourself, this is one part of myself I see in Emily.)

Here I may be responding to aspects of the production which are the result of Zoom and quarantine. But I thought Emily showed self-righteous, passive-aggressive anger toward all the other characters from very early on. (“Can we not?” she says, about a subject she herself just brought up.) She has empathy for people who aren’t in the room with her, and simmering resentment toward the people who are. Her empathy toward some fuels her judgmental condemnation of others. She acts as though loving the Planned Parenthood chick is loving her enemy, but in that scene, her enemy is Theresa.

Her final explosive speech has a lot of layers. As McClay says, it’s “vicarious suffering” in the classic Catholic mode: an act of terrifying service. Or maybe it’s possession by something outside the self–something suffering, scorned, and enraged. It may be the only way she can express her own rage at the condescension, doubt, platitudes, and extractive piety with which her fellow Catholics meet her own physical suffering. This is the least-interesting reading to me personally, although you can argue that the theology of vicarious suffering allows people to express a personal suffering which would otherwise be ignored or derided rather than honored.

But in voicing the pain of a person she’ll never see again, she also gets to call the guy standing in front of her a cunt. Vicarious suffering is good, and rage is painful, but I’m not sure you can transitive-property your way to saying that vicarious rage is good.

One of several pressing questions at the heart of Heroes is: What can make “empathy” (I would rather say compassion, pity, humility) a bridge, not just a wall in a new place? Why does empathy so often become a weapon, and what would make it a medicine? OR, ETA: Why do so many things which promise beauty and community instead divide and damage us? Emily’s Empathy is only one example there. 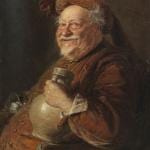 July 17, 2020
Shadows Searching for What Cast Them: Five Shakespeare Movies
Next Post

August 12, 2020 How to Be an Extra in Your Own Life: Several short film reviews
Browse Our Archives
get the latest from
Eve Tushnet
Sign up for our newsletter
POPULAR AT PATHEOS Catholic
1

Catholic
God Is My Co-Parent: The "Everyday Religion" of...
Eve Tushnet

Catholic
How to Be an Extra in Your Own...
Eve Tushnet
TRENDING AT PATHEOS Catholic

The Canaanite Woman And Jesus
Often, reading the Gospels can surprise us. Jesus acts in ways which...
view all Catholic blogs
Copyright 2008-2020, Patheos. All rights reserved.