“Hidden Treasures for Gay Catholics”: I’m in a book!

with an essay which can also serve as a “trailer” for the forthcoming sequel to Gay & Catholic:

Sexual integrity… cannot be defined simply as the absence of obvious sexual sin. What looks like chastity from the outside may be a brittle, traumatized despair, or an attempt to earn God’s love. (And unchastity may be part of a long journey of unlearning the backward catechism [of self-hatred]. Where that journey leads may depend, in part, on how confessors, parents, and other Christians treat the sojourner.)

Christian sexual integrity is a form of union, beginning with the individual soul’s communion with her Lord. Communities that practice welcome and mutual sacrifice can help build the walls that shelter this encounter with Christ. A community that is living sexual integrity is a community in which straight and gay people sacrifice for one another. It’s a community in which the many forms of Christian love reinforce one another: where monks pray for families, where single moms live in community with celibate laypeople, where friends are kin. It’s a community in which Christians stand with gay people when we’re targeted for abuse, whether that’s physical violence, workplace discrimination, or familial rejection. Christian sexual integrity looks like Gabriel Salguero, an Assemblies of God pastor who opened his church to give blood, host funerals, offer grief counseling, and rally in prayer after the 2016 mass shooting at the Pulse nightclub in Orlando.

(for the rest of the essay, as well as reflections on sexual integrity in a wide range of situations including addiction, lay consecrated life, seminaries, and much more, you can buy the book here.)

October 5, 2020
"A Life of Love Affairs That Ended with God"
Next Post 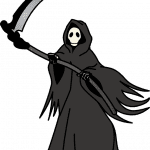 October 12, 2020 Halloween Playlist 3: Midnight in America
Browse Our Archives
get the latest from
Eve Tushnet
Sign up for our newsletter
POPULAR AT PATHEOS Catholic
1