Lol I promise that is the last non-Holy Week appropriate movie I will watch until after Easter. OTOH I did watch it last night. Anyways this is a 2009 Karyn Kusama/Diablo Cody joint about a best-friendship whose lowkey destructiveness turns highkey after one of the two friends gets turned into a succubus.

It’s got so much going for it. I love any horror movie about friendship (Creep, Let the Right One In); I love especially when it’s two girls; I love in a unique way when the friendship is already not great even before the horror starts happening. I love candy-colored semisubtle ’80s homages and spooky fairy-tale woods. I love Veronica Mars reunions. (Amanda Seyfried plays the nerdy friend, nicknamed “Needy” because her BFF already kinda sucked even before she started going full cannibal, and Kyle Gallner shows up as a goth.) I love the song the movie is named after! But I did not love Jennifer’s Body. It’s very “almost.” YOU TRIED….

So, complaints. First of all, a lot of intriguing or at least quirky things happen and then never get brought up again. On the quirky side, Needy has a pet ferret in one scene but only for that one scene–?? On the intriguing side, there’s a mysterious fire which seems to be related somehow to Jennifer the Soon-to-Be-Succubus (Megan Fox), except it apparently is just a coincidence since nobody displays supernatural fire powers at any other point. There’s a great scene where Succubus Jennifer is ready to tie a napkin beneath her chin and go to town on a football player, but he realizes that all the woodland creatures have gathered and are watching them mysteriously/judgmentally. That’s such an odd, funny, unnecessary moment. Never again does the movie hint at any connection between Jennifer’s condition and animals/nature! Why would you do these things?!

Second, lol Diablo Cody, come on. Maybe 10% of the compulsively quippy, reference-humor dialogue works. The most poignant dialogue is the simplest: “I feel so empty right now.” “You’re a jerk!” Fox and Seyfried convey a lot of real emotion in those lines, as well as the humor of them. They’re good actresses when they’re not made to say something rage-inducingly dumb! But Katharine Hepburn could not make a line like “That’s freaktarded” come across as anything other than self-conscious, gross, and insincere.

Third, and here I acknowledge that I’m expressing more of a personal preference, I really didn’t want their big break to come because of a boy. I know that teen girls often care about teen boys. Whatever!! I know, and this is a more-fun thing that the movie does do well, that teen girls’ heterosexual relationships are sometimes about making a point to other girls. Jennifer and Needy communicate with one another by kissing (etc) boys, and that’s interesting to me. But Needy’s boyfriend played too big a role in this movie–he’s fine, he’s whatever, why are we seeing so much of him?? Jennifer makes a sexual/cannibalistic play for him, and that’s the catalyst for the friends’ big showdown… yawn tbqh. There’s something insistently heteronormative about this movie, which made even the quite intense scene where Jennifer and Needy kiss feel very not-lesbian, at least in retrospect. Very “we can put this shot in the trailer.” In the scene itself, I was right there with Jennifer and Needy, but when it turned out to be another one-scene ferret, with no consequences, no soul-searching, Needy just immediately goes back to macking with her boredude, it felt overly self-aware: We should have a lesbian kissing scene, so here it is. Megan Fox lesbian liplock!!!!

I guess what I’m trying to say is that I wanted their character arc, the catastrophic breakup of their friendship, to be more thoroughly centered on them and not on this dude.

It kills me because this movie attempts something no other film I know of has really tried. The intense focus on the best-friendship rather than the friendship group separates it from Heathers (in spite of my snotty post title) and The Craft as well as the underrated, lilting Sisterhood of Night. The horror-comedy separates it from Heavenly Creatures, plus also, I just wanted a cheesy monster movie about this, alongside the more realistic and artistic films like Creatures. The closest comparison to what I wanted here is probably Ginger Snaps, which is smart and funny and monsterous, but the fact that the girls in Ginger are sisters takes away some of the edge of their intensely intertwined relationship. Making them best friends–people who chose one another, and now have to live or die with that choice–ah, I’d watch that movie five times a day.

The movie this movie wanted to be still hasn’t been made. 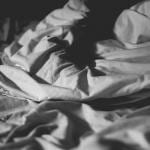 April 19, 2021 A New Extra-Millennial Book About Friendship as a Site of Sacrifice
Browse Our Archives
get the latest updates from
Eve Tushnet
and the Patheos
Catholic
Channel
POPULAR AT PATHEOS Catholic
1