“Do You Think It’s Okay If I Pretend I’m a Zombie?”: Short movie notes

These really are short, to make room for a love letter to Times Square at the end.

Repo Man: This is just a gorgeous movie. Love the setup: In a near future where all comestibles are labeled e.g. FOOD, a punk (Emilio Estevez!) sells out to get a job repossessing cars, works with total whack jobs, then collides with a weird girl who’s maybe being hunted by aliens; also there’s a nuclear car, like if the bonkers ending of Kiss Me Deadly were a car. The famous lines, “Let’s get sushi and not pay” etc, maybe fell a bit flat due to over-familiarity, but so much of this film captures the feeling of being in a dreamscape filled with the people who talk to you on the bus. Just like, neon and ranting and ill intentions. I couldn’t enjoy this movie any more if I put it on a plate.

Neptune Frost: Queer Afro-futurist musical, and parts of it look and feel great, like what if Liquid Sky had labor organizing instead of sex. The coltan mining stuff is fantastic tbqh. Unfortunately it degenerates into a sort of anchorless ideology, a lot of self-comforting anger and rhetoric and not a lot of depiction of alternative political structures or anything that might force the audience to learn something we didn’t already know.

Addams Family Values: A little more uneven than the first installment, but the good bits are iconic. “You have enslaved him. You have placed Fester under some sort of sexual spell. I respect that.” Shout-out to Christine Baranski, always a welcome addition.

Three O’Clock High: ’80s teen comedy riff on High Noon but nobody is a pacifist + After Hours but nobody has guilt. Yeesh, right? I would be extremely “Who asked for this???” if the parodies of violent high school team sports rhetoric weren’t so delightful. A perfectly serviceable ’80s lockers ‘n’ liplocking flick for those who like such things, utterly lacking what Christians call a conscience or what philosophers call “a point,” but I do enjoy that the hallway posters say, like, TORTURE THE TIGERS! MASH THE TIGERS INTO MUSH!

(I can’t remember the real posters, and I think the Tigers were actually the home team and not the rivals, but you get the idea. The cheer squad absolutely slaughters a football-player pinata!)

Valley of the Dolls: Hot colors, melancholic camera, divas giving face; I mean you can’t not watch this soapy Sixties sinfest. The cliches in the addiction storyline land with a real clunk because of the decision to call speed pills “dolls.” “I just wanna doll! I need a doll! Gimme a doll!” Gimme gimme gimme (a doll after midnight) etc. Occasional gestures toward classiness just make you realize that this movie is not really capable of class, and could’ve played more to its sleazy strengths.

Last Night in Soho: Gorgeous camerawork, gosh Edgar Wright is so good, just so skilled, everything swoops and cuts right when it should. Tension, hall-of-mirrors effects, it’s all here, in a story that seems like it’s gearing up to be about nostalgia and/as misogyny, with the political elements flowing organically from the story it’s telling rather than the story being just a pretext to teach you about “the 5 stages of grief” or what have you. Slowly you’ll start to notice that the love interest (Michael Ajao) is perfect in a way that makes him totally devoid of personality. He exists solely to be Supportive. And then the narrative goes through a few too many twists, which muddy its portrayal of misogyny. Like every single movie being made today, it wants to Validate Your Anger (ugh) without actually saying it’s fine to, like, just rampantly kill men. Either develop a spirituality of peacemaking or commit to the bit and go full chainsaw!

We’re All Going to the World’s Fair: A smaller movie than I expected. That isn’t a criticism, I’m just setting expectations. A girl is playing an online horror LARP that explores body horror and alienation. Her videos get more and more disturbing, and an older man tries to… help her? Be the one who helps her, so that she will become enmeshed with him as he’s already absorbed in the idea of her?

Times Square: NOW THIS IS THE STUFF. This film is so great!!!!! Or, like, it’s so great until it isn’t. But this might be my top film of the year so far.

The year: 1980. The place: a Times Square that is more Ralph Bakshi than Disney. Upper-class, buttoned-down Jewish girl Pamela Pearl (Trini Alvarado) gets sent for neurological testing, which is possibly a ploy by her politico father David (Peter Coffield) to get her locked up out of sight while he runs for mayor of NYC on a Clean Up Times Square platform. Her hospital roommate is Nicky Marotta (the phenomenal Robin Johnson), a raspy streetwise butch and every girl’s dream. Nicky breaks Pammy out of the funny farm and they shack up in an abandoned warehouse. According to Wikipedia, “The movie was inspired by a diary, found in a second-hand couch bought by [director Allan] Moyle, detailing the life on the streets of a young mentally disturbed woman.”

Oh, there are so many iconic love scenes here! The first time we see the trashed interior of the warehouse, the camera just caresses every inch of rust and wreckage, an absolute glamour shot of grime. The girls screaming one another’s name: “PAMMY!!!” “NICKY!!!” “PAMMY!!!” Nicky, on her knees (!!!), swallowing her words as she recites the love poem that will become her proto-riot grrrl hit song, “Damn Dog.” (This is not the only love poem the girls exchange and they’re both so perfect.) Ahhhh the absolutely gutting scene set to Patti Smith’s “Pissing in a River,” after the two girls have their big fight, this rivals the “Over the Sea to Skye” scene from The Last of England as the saddest musical scene in the history of film. I haven’t even mentioned that Tim Curry plays a pro-sleaze radio DJ (pro as in, in favor of, but also pro as in professional): “Get in touch with that place inside you that craves slime more than plastic, David.” God, yes!

So, okay, like. Nicky is unstable, she flirts with the kind of crimes that could really hurt somebody, she goes too far. You could do the movie that way if you wanted to, you could go the Withnail and I route and make it about the way the people who can escape the slime always leave behind the people who can’t. I would be heartbroken but there’d be something raw there, something believable and bereft. Nicky also gets super into being famous and you can explain it as, “She wants to matter, to be known and not to disappear like the impoverished dead,” but it means the movie slides into a familiar rise-and-fall, temptation-of-fame groove worked with more conviction by Ladies and Gentlemen, The Fabulous Stains.

Even that isn’t the real problem, though, which is that the movie wants to eat its cake and have it too. The movie wants Pammy to go back home like a nice girl, not to abandon Nicky but certainly not to choose her or stay with her or sacrifice for her; for Nicky to be an inspiration, but one who inspires girls to nothing more threatening than garbage-bag couture; for everybody to end up the same at the end as at the beginning. Lol you can tell the film’s bad faith from the fact that it trades hard on the coolness of Times Square’s black denizens, but at the end, in the big inspirational concert finale, they’re reduced to selling trinkets to the privileged white girls who are the movie’s real concern. (Do the black characters ever lay some poetry on us, or some politics or maybe some cool lines about slime? I’ll give you three guesses, and the first two don’t count.) Check out the cops on horseback as benevolent overseers to make sure all the outer-borough girls have fun at their little concert. The NYPD gets thanked in the closing credits, that’s how hard this movie falls from its earlier Be Gay Do Crimes/Daisies For a Less-Civilized Age ethos.

What’s bad in this movie is rotten, disingenuous, a cruel joke. But what’s good in it is just–a longing, a kind of love song I didn’t think I’d find outside the pages of J.D.s.

May 27, 2022
Against Wholesome Horror Films: I watch "Wes Craven's New Nightmare"
Next Post 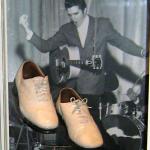 Catholic
Between the Story and the World: I review...
Eve Tushnet