Found in the Files: An Excursion through 25 Years of International Religious Liberty Resources

This October is my 25th anniversary at the Institute on Religion and Democracy. It is also the 20th anniversary of the 1998 International Religious Freedom Act (IRFA), now U.S. law. Because of both of these auspicious occasions, and because every day some incident of persecution of Christians globally proves that it’s just déjà vu all over again, I am digging through my vast resources, the IRD Religious Liberty Program archive, to call attention to what has changed and what has not changed in terms of advocacy and action for persecuted Christians.

In my Sudan/South Sudan files I just discovered the note below from Shmuel ben Avraham HaCohen. There is no date on it, but since he says an “intervening 35 years” since 1972, it would appear to be 2007. Mr. (Rabbi?) HaCohen said it all.  Anything that I add is gratuitous. But it will make me feel good.

One day in April 1972, I walked into the 1st floor men’s restroom of the student union at college. On the tile on the right side of the entrance, just as you walked in, was a 2 inch by 3 inch flag shaped sticker that read: Stop The Genocide of Black Southern Sudanese Christians!April 1972!!!!!!!!!!!!!!!!

And what has the Christian World done since April 1972 to attempt to save these people – IN THE INTERVENING 35 YEARS? – Absolutely – Positively – Nothing.

Oh you weep for Darfur as you pass the Chardonnay.

But who amongst all the hundreds of millions of Christians on this planet is willing to sacrifice anything to save those creatures of G-D from annihilation by the Arab Moslems of Northern Sudan? WHO? Certainly not the Chinese, or the Russians, or some of the Europeans, who all have oil deals with the Arabs of Northern Sudan!!!

And certainly not most American Christians who probably can’t even spell Darfur, much less worry about the fate of some far away, black Africans at the hands of a few racist Arabs. Oh you occasionally wring your hands. But, if you sit down for a few seconds, that feeling passes.

So just ask yourself – What would Jesus do?

And when you’re done, go bother someone else.

There has been almost half a century of ongoing genocide by the Khartoum regime, and yet now the world is ready to dismiss all the years and millions of lives taken (including one U.S. Ambassador), as “the past” and press on to a new relationship, a new normalization, with Khartoum. This is gobsmacking enough without taking into account Khartoum’s ongoing connections to global jihad terrorism.

Second, though this is a legitimate observation on Christian apathy towards the black, African Christians of what was then southern Sudan, HaCohen may not have realized that there was a small group of us in 2007 that had pushed for over ten years on U.S. Sudan policy. It took ten years to realize a comprehensive peace agreement (CPA) between the Sudan Government (Khartoum) and the representatives of South Sudan, the Sudan Peoples’ Liberation Movement/Army (SPLM/A).

The CPA was not perfect. It did not include the marginalized people of Sudan – even those who fought right alongside the South as part of the SPLA in the Nuba Mountains. And the process treated the instigators of – as HaCohen points out – 35 years of genocide, as morally equivalent with their victims. But even that step took 10 years to achieve. It was at least a way to stop the war and allow the South the opportunity to secede and form a new nation.

Third, to return to my first point with another angle – we are normalizing relations with a regime that continues to commit genocide against marginalized African people groups of Sudan – Darfurians, Nuba, and people of Blue Nile State, along with the Beja of Eastern Sudan and the Nubians of the far North. At the same time, we are demonizing, isolating, and continuously antagonizing the legitimate, sovereign government of South Sudan. Why? Because the UN, the media, and the rebels who want to take over the nation – assisted by the UN, the media, and the Khartoum regime, among others – have all controlled the South Sudan narrative since the December 2013 coup attempt by Riek Machar.

Take one example of the false narrative indicative of 5 years’ worth of lies. In October 2017, U.S. Ambassador to the UN, Nikki Haley, visited South Sudanese refugees at a Gambella, Ethiopia refugee camp. Haley became outraged (even more than she already was) with South Sudan President Salva Kiir and the official armed forces of the nation when a refugee woman “told” her that the “soldiers” had killed her baby and burned it and then forced her to eat it. This horrific calumny went global – just another brick thrown at the SPLA, the official, national army. No one, not Haley and not the media, bothered to mention that the story was conveyed by a translator, not by the woman herself. Nor, breathtakingly, that the translator may actually have been a bodyguard for Riek Machar! Multiply the bias found in that story for five years and you see what we have done to South Sudan.

Shmuel ben Avraham HaCohen’s commentary still rings true. There was finally an effort to Stop The Genocide of Black Southern Sudanese Christians, but we failed to take into account that much of that genocide was franchised out from Khartoum Islamists to other Black Southern Sudanese. During the war, more Southern Sudanese under Riek Machar killed Southern Sudanese than did Arab Northerners. Yet we forced SPLA leader Dr. John Garang to take Machar back in leadership before we would add our considerable American weight to Comprehensive Peace Agreement efforts. It was so much neater and tidier to have all those black African Southern Sudanese on the same side – even when they weren’t.

In today’s newest nation of the Republic of South Sudan, we have twice forced President Salva Kiir to take Machar back into leadership after coup attempts, mass slaughter, and total destabilization of the nation. The Khartoum Peace Agreement (ARCSS) represents the third welcoming of that prodigal rebel — this time as one of 5 Vice Presidents, and all the other prodigal rebels that followed suit, back into the fold. I don’t know if the third time will be the charm, but it’s so much tidier to have one “unified” government. Now pass the Chardonnay.

July 11, 2018
It is Well With My Soul: The Witness of the Church of Nigeria
Next Post 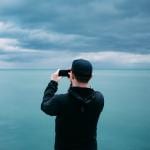 February 26, 2019 On Those Christian Millennials Who Believe Evangelism is Wrong
Recent Comments
0 | Leave a Comment
Browse Our Archives
Related posts from Faith and Chelsen