Responding to 9/11: Remembering the Enemy Within

Four years ago during the homestretch of the U.S. presidential election, the Democratic and Republican nominees were asked about the existence of evil by an evangelical Christian pastor who supported the 2003 military invasion of Iraq.

At his super-sized McMansion church in Orange County, Calif., Southern Baptist pastor Rick Warren quizzed Sens. Barack Obama and John McCain separately and in front of a live TV audience. Among other things, Warren asked each this question:

“Does evil exist? And if it does, do we ignore it? Do we negotiate with it? [How] do we defeat it?”

Two weeks ago, during another presidential homestretch, I sat on a 9/11 panel at a social-justice Christian festival in Oregon. Four other authors and speakers and I were asked to discuss, in effect, how our political and religious leaders could have better responded to the terrorism of 9/11. Of course hindsight, like insight, has its advantages. At least it should. But in listening to how our 2012 presidential nominees plan to fix an ailing economy I’m not convinced that Republican Mitt Romney has learned squat from history. Obama is reducing our gargantuan military budget and is making a light-hearted attempt to tame our Wall Street military. Romney, on the other hand, promises 12 million new jobs and an expanded military budget. (Mix those two promises together and see what explodes.)

So on Sept. 1 at the Wild Goose Festival in Corvallis, Ore., I recalled the very different and revealing responses given to Warren at the Saddleback Church on Aug. 16, 2008. In context and possible consequence it is important, I argued, because Obama’s perspective possesses a global breadth that eclipses any nearsighted nationalism expressed by hawkish Republicans.

“Evil does exist. I think we see evil all the time. We see evil in Darfur. We see evil, sadly, on the streets of our cities. We see evil in parents who viciously abuse their children. I think it has to be confronted. It has to be confronted squarely. … [But] one thing that I think is very important is for us to have some humility in how we approach the issue of confronting evil, because a lot of evil has been perpetrated based on the claim that we’re trying to confront evil. … One thing that is important is having some humility in recognizing that just because we think our intentions are good doesn’t always mean that we’re going to be doing good.”

Then came McCain and the right-equals-might posture of the GOP.

Warren: “How about this issue of evil. I asked this of your rival. … Does evil exist and, if so, should [we] ignore it, negotiate [with] it, contain it or defeat it?”

“Defeat it. Couple of points: One, if I’m president of the United States, my friends, if I have to follow [Osama bin Laden] to the gates of hell, I will get Osama bin Laden and bring him to justice. I will do that. And I know how to do that. I will get that done. No one — no one — should be allowed to take thousands of American, innocent American lives. Of course evil must be defeated. … My friends, we are facing the transcendent challenge of the 21st century — radical Islamic extremism.”

The churchgoing crowd that had crowded into Saddleback Church exploded in applause for McCain. Woot-woot. It sounded like a Christian war cry (a contradiction in terms?)

You see, to McCain and profit-driven hawks, evil is the dark force that exists only as something out there. Something to call out, point at, condemn. Like gay marriage and atheists. Or religious extremism called by any other name than Christianity.

It’s this sort of spiritual myopia that keeps humanity locked in its primitive cycle of violence. Like an alcoholic who sees no problem with his drinking, Washington, Wall Street and our military industrial complex will never defeat evil because it lives and breathes on willful ignorance. Until we see the evil in capitalism infected by corporate greed and economic inscription we will continue to kill and be killed and sow nothing but violence for our children. Live by the sword, die by it.

Read the responses again. Now watch video of the nominees answering Warren’s question on evil: first Obama and then McCain.

One party’s candidate expresses an evolving perspective on evil and the role we all play.

The other party is doomed to repeat history. 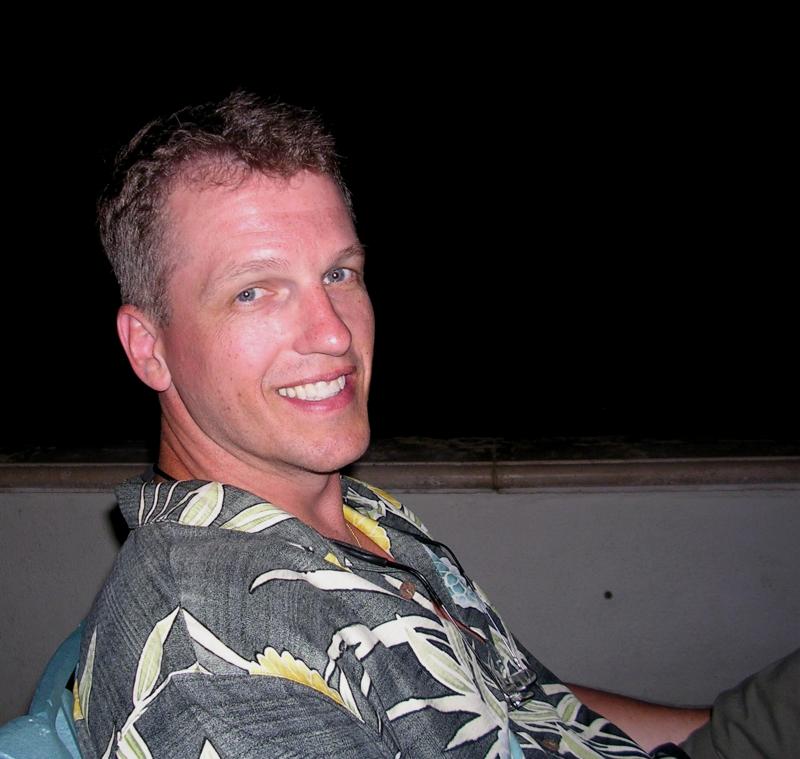 Greg Barrett is a twenty-year veteran of news wires and newspapers with experience covering Washington, Wall Street and war. He is the author of two books of narrative nonfiction: The Gospel of Rutba: War, Peace and the Good Samaritan Story in Iraqand The Gospel of Father Joe: Revolutions & Revelations in the Slums of Bangkok.