With some time now to properly digest the Mid-Term blue-to-red Election results, I found myself saying that my fellow Democrats didn’t stand for anything this November. There were plenty of issues to be proud of and tout, yet the more the electorate heard about these victories, the less impact they made.

The simple question that is every Election Day is “Why?” Why vote for one candidate or party? For the GOP, that answer was opposing the president, and all the fuel the Republicans doused the White House with the past six years. The contrary Democratic answer was long and complicated and at best, muddled. But, I don’t know there was one.

The best soundbite I heard after the election came from The Daily Show, when Senior Political Correspondent Justin Klepper touts, sarcastically, how as soon as the GOP took over the Senate around 11:30 p.m. Election night, the world was a better place.

“…The economy now growing at a robust 3.5%, gas this morning, under 3 bucks a gallon, stock market at record levels, deficit cuts in half, 10 million more Americans have health insurance, and unemployment sub 6 percent … even Ebola was on the verge of destroying a country … has suddenly become a problem for like one guy,” Klepper said.

“We did not see a National Strategy. The Party seemed to be diverting back of this idea of trying to break voters down into issues instead of values,” said Eric Sapp, a founding partner of the Eleison Group, which consults on progressive faith messaging. “(The Party) tried to get through to voters with an intellectual argument instead of through common values.”

This mid-term was certainly daunting for Democrats no matter what the answer to the “Why” question was, but when the party fails to identify a strategy, the message turns muddied and intellectual, and it couldn’t combat the critical partisan politics suffocating Washington.

That’s why values are more important than issues in a campaign. Raising the minimum wage is an issue, but support it because I value lifting people out of poverty, providing dignity to all human beings and creating a more equitable economy. I support the Affordable Care Act because I value not having a coworker enter bankruptcy or ignoring an important procedure because they get sick.

This failure to communicate our values as party led to our crushing defeat on the field, and it seems the party continues to rely on this failed game plan when it sees a stronger opponent, Sapp said. In 2006 and 2008, there was an uptick in values messaging, as well as in 2012 — all years Democrats expanded their leadership. But in 2010 and this year, this values messaging was muffled.

The results, while difficult to swallow this November, proves a values resurgence is necessary to keep the White House and retake the Senate and House in 2016.

“When this type of work is done right, it’s something that has a huge impact with swing voters,” Sapp said. “But it also gets people energetic at our base, and this is what motivates them.”

Burns Strider, the former faith director for Hillary Clinton’s 2008 campaign, and also a founder of the Eleison Group, said Tuesday was tough, but during his decades of political experience, each party has “funerals” with pundits declaring the party dead in one way or another. Democrats just need to realize this game plan isn’t one that should be recycled, he said during an interview on the Huffington Post Religion Program, “All Together.”

“What progressives have to do is stand up … and better defend what we believe.”

The Cult of Trump: Dangers of...
Politics Blue
Related posts from Faithful Democrats 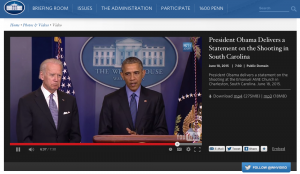 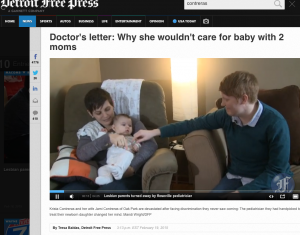 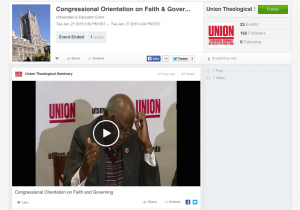