Dems Ought to Lay Claim to Religious Liberty

“Congress shall make no law respecting an establishment of religion, or prohibiting the free exercise thereof; or abridging the freedom of speech, or of the press; or the right of the people peaceably to assemble, and to petition the government for a redress of grievances.”

This is the first amendment.

It protects, among other things, Americans’ right to religious liberty; and it is one of the bedrocks of our nation.

At its core, religious liberty is a liberal, democratic value. But as of late, it has been a cause championed by the Religious Right. We see this when Sarah Palin decries a war on Christmas and when a for-profit company like Hobby Lobby is permitted to say that it is “Christian,” but then cares more about its bottom profit line than the personal religious beliefs of the folks who work there.

The secular right is mangling religious freedom. This principal that protects our right to worship and believe is being hijacked and destroyed by big corporations who are trying to have the same rights as people. But corporations aren’t saved; they don’t pray by their bedside at night. People do these things, and that’s whose religious liberty we need to protect.

As long as the Republican Party goes out of their way to protect the rights of institutions, they will continue to jeopardize the religious freedom of individuals.

And so we must speak up. In fact, one might say that we must bear witness to this false premise. We cannot continue to allow the Right’s definition of religious liberty to stand unquestioned, unopposed, unchallenged.  It is our responsibility as faithful democrats to stand up and say what religious liberty is and what it is not.

What it is: Religious freedom protects the rights of individuals to worship who, what, how, and where they want, with the fullness of their mind, heart, and soul.

In the words of Frederick Buechner, “The place God calls you to is the place where your deep gladness and the world’s deep hunger meet.” Religious freedom means that each person can find that place individually, however they choose.

Moving forward, it’s time for the Democratic Party to claim this space, stand up for individuals’ rights and freedoms, and put personal beliefs above institutional bureaucracy. Only then can we continue to express our full humanity, and grow and thrive as a diverse nation of believers.

March 3, 2015 Poll: Climate Change is a Moral Issue
Recent Comments
0 | Leave a Comment
"I believe he carries the rosary beads to use the beads to mark his way ..."
Bob Shiloh Joe Biden and the Christian Call ..."
"And the mud in the DC creek is getting deeper and deeper for the Bidens.. ..."
jaystriggle Life-long Republican Will Vote for Joe ..."
"Your comments about Trump's policies are completely wrong. As to socialism utterly wrong."
Bob Shiloh Life-long Republican Will Vote for Joe ..."
"And the corruption at the top has already started with the Biden family."
Bob Shiloh Life-long Republican Will Vote for Joe ..."
Browse Our Archives
get the latest updates from
Faithful Democrats
and the Patheos
Politics Blue
Channel
POPULAR AT PATHEOS Politics Blue
1 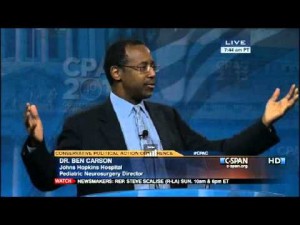