A Prayer for Turning Veteran’s Day Back Into Armistice Day

It is Veteran’s Day.

As a pacifist, this is one of the most difficult days of the year for me. I honor soldiers. But I believe war is evil.

And while their evil is often naked and obvious in hindsight, wars are fought and remembered through a veneer of glory. Enemies are demonized and their destruction deemed necessary for survival.

The suffering our enemies cause is very real. But so is the suffering we inflict. And the more war engenders suffering, the more it draws on that suffering for its justification. The logic of violence captivates and ensnares us.

War tugs at our heartstrings, bringing out a fierce, protective love. But that love is manipulated toward the destruction of another’s beloved.

But the weapons of warfare are not the only ways we kill. We also kill through injustice and oppression, apathy and neglect. We kill through the demonization that drives others to commit hate crimes or suicide. We kill through policies that impoverish and poison environments.

And when the more insidious violence of apathy and dehumanization reach their breaking points and wars erupt, we send soldiers to put themselves on the front lines of the violence that is meant to set things right again. But violence itself can never do that.

I am grateful that soldiers save lives as well as take them. And I cannot blame soldiers for fighting in a world that insists that violence is necessary.

But ultimately, violence perpetuates itself in a vicious cycle that can only be halted by forgiveness, repentance, and transformation. That’s what Jesus came to do.

Jesus Came To Transform Our Violence

In becoming the victim of the world’s violence, Jesus reveals that God has always been in solidarity with victims. God is in everyone who falls by the sword or the gun or the bomb. God is in the enslaved and the imprisoned, the accused and the condemned. God is in the starving and the shivering.

Death is what God suffers, not what God commands. And God suffers because God is Love, and Love suffers when the beloved suffers. And when we recognize that we are all God’s beloved, that we made from and abide in Love, how can we inflict suffering upon one another without that suffering rebounding onto us?

And I believe that followers of Jesus have a particular obligation to insist that violence is not necessary. This call is not exclusive to Christians. The call of Love, the call to use our arms to embrace and care rather than injure and kill, goes out to every human heart. But those who acknowledge that God became a victim of humanity’s violence in order to transform the violence of humanity into compassion have a particular obligation to refute the logic of violence that sends soldiers off to war.

And refuting the logic of violence is not merely rhetorical, but practical. It’s following the authority of Love that Jesus embodies, that pulses in every heart. It’s prioritizing the poor and vulnerable. It’s feeding the hungry. It’s caring for the sick. It’s acknowledging the humanity of the marginalized and excluded in deed as well as word.

I believe that the best way to honor veterans is to turn Veteran’s Day back into Armistice Day.

But we cannot honestly do that until we find a way to bring our wars to a true and final end.

We haven’t had a true armistice in a very long time. Wars no longer truly end, at least not those waged by the United States Empire. After long, exhausting, horrific campaigns of destruction, we reduce troops and say things are over, but at least some troops, contractors, and military bases remain. Drones and air strikes continue. And no true effort goes into creating peace treaties that get to the root of the conflict, admit the failures and breakdowns on all sides, and vow to work harder to create just conditions and preserve peace.

The United States has just pulled out of the second longest war in our history, the war in Afghanistan. That twenty-year war is second in length only to the ongoing taking of indigenous land (for which we must still reckon and repent). But the violence we waged upon Afghanistan never ended, but transitioned from guns and troops to an economic conquest in which we stole Afghanistan’s money on our way out and imposed sanctions on top of that. It’s almost economic annihilation, and it’s starving the people. And the killing of Al-Qaeda leader Al-Zawahiri nearly a year after the troop withdrawal revealed that the end of the war didn’t mean the end of air strikes.

And we continue to send people to fight and kill and die.

Fighting For the Freedoms That War Destroys

But some go because a nation that spends so much on war has nothing left for the poor, and jobs and money are hard to come by in some neighborhoods devastated by de-industrialization.  The legal draft has been replaced by the de-facto poverty draft. And freedom is undermined, not protected, by a military budget which sucks the life out of social programs and restricts choices to conscription or starvation.

And that’s not to mention the devastation wrought on the underside of our weapons.

“Every gun that is made, every warship launched, every rocket fired signifies, in the final sense, a theft from those who are hungry and not fed, those who are cold and are not clothed,” as President Eisenhower warned long ago.

The Courage to Make Peace

The people who go to the battles that policy makers keep getting us into show real courage. But how I wish our nation had the courage to turn away from war. The courage to negotiate and find solutions that don’t involve violence. The courage to take from a bloated military budget and put resources into eliminating poverty.

How I wish we had the courage to dialogue and cooperate and live into an interconnected world, instead of one whose divisions are exacerbated by violence.

How I long for the courage of anti-war activists and conscientious objectors, whose voices are drowned out in the drumbeats of war.

Soldiers and conscientious objectors have more in common than some may think. Both have more courage than those who make war and those who cheer it from the sidelines. In both soldiers and conscientious objectors, I see a willingness to put everything on the line for others. I see a willingness to struggle for a better tomorrow.

And that’s why as a pacifist, I have the deepest respect for veterans.

But I know that violence can never be the way to lasting peace.

A Veteran’s Day Prayer for A Permanent Armistice Day

So my prayer on Veteran’s Day is for Love to open our eyes to the counterproductivity of violence and the sacredness of all life. I pray that we take the best of our motivations toward violence — the zeal to end suffering and oppression — and put them into the hard, creative, faithful work of coming to know and serve one another.

I pray to be an instrument of Love’s peace. I want to work for a world where we can look our veterans in the eyes and honesty say:

“There was a time when we saw no way but violence. And we put you on the front line. We are sorry that we couldn’t think of a solution that didn’t potentially sacrifice your life. But we are grateful that you put yourself on the line for others. You will never have to do that again. Because we are committed to the hard work of building and maintaining peace. Peace that values all lives, everywhere. Peace where we take care of each other and make sure no one is destitute or hungry or humiliated or desperate. We are committed to building a world where violence has no oxygen because love crowds it out completely.”

Lord, Love, Prince of Peace, you gave your life that we might recognize that whenever we take life, we kill you in flesh. You rose with forgiveness to show us that violence does not have the last word. On this Veteran’s Day, we pray for a final transformation of our violence. We pray for a permanent Armistice Day, honoring our soldiers by ensuring that they never have to kill or risk their lives again. We pray that you take all our energy for war and turn it into the everlasting and joyful work of peace. 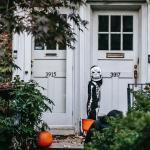 October 28, 2022
Halloween Is About Meeting Fear With Love
Next Post 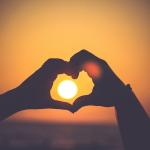 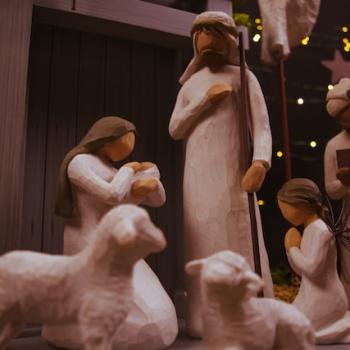 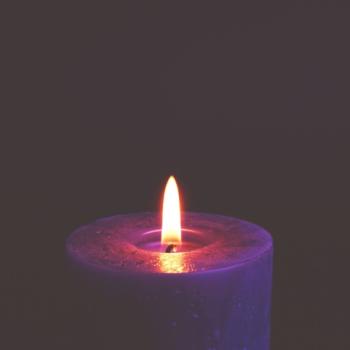 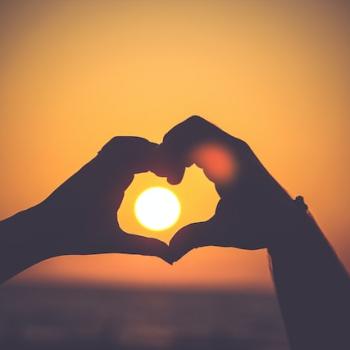 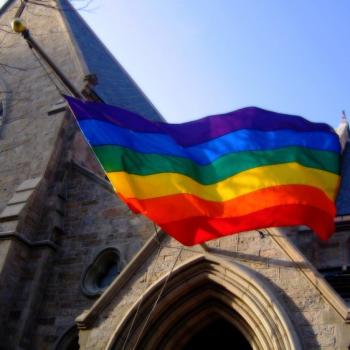