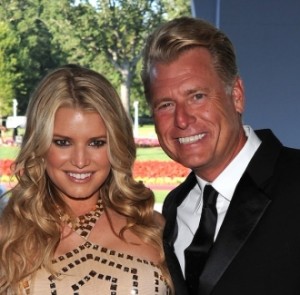 Joe Simpson, dad of Jessica and Ashlee Simpson, has earned a “stage dad” reputation almost on par with Joe Jackson. But he’s now getting tabloid ink all by himself. The former Baptist minister/youth pastor and his wife Tina are divorcing after almost 35 years of marriage. Reportedly, the reason for the split is that Joe is tired of living as a deeply closeted gay man and has decided to come out in the open about his sexuality. According to Radar Online, Joe already has a “20-some­thing boy toy.” When he was a minister, Simpson spoke out against homosexuality.

Earlier this year, Joe was busted for a DUI in California, so it sounds like he’s clearly dealing with some issues in his personal life right now. Thus far, no one in the Simpson family has commented on the record.

October 24, 2012
Megan Fox Thanks God for Her Newborn Son
Next Post